Blockchain Association, a crypto proponent and lobbyist group has asked court for permission to support payment giant Ripple in its defense against US regulator Securities and Exchange Commission (SEC).

The Blockchain Association, a crypto lobbying organization based in Washington, D.C., filed for permission to support Ripple as a friend of the court in the SEC v. Ripple legal battle. The US SEC sued payment giant Ripple on its sale of XRP as an unregistered security. Since December 2020, the case has witnessed several procedural motions and both parties have filed their motions.

1/ Today we announced we filed an amicus brief supporting a correct interpretation of Howey in the SEC’s two-year legal battle against @Ripple.

A judge now has the opportunity to issue a substantive opinion on how Howey applies to digital assets.

The Blockchain Association believes that the SEC’s extremely broad interpretation of the securities laws could have devastating effects on the industry and outside. The brief says that the court should look at XRP’s specific purpose, since the SEC has “unlawfully” looked at secondary sales as proof that Ripple violated federal securities laws.

Many tokens that are traded in secondary markets do not meet the different tenets of the Howey test, a Supreme Court case used as precedent in determining whether an asset is a security. The filing said:

The securities laws do not contemplate how an asset that may have been issued as a security can exist when it is no longer attached to any form of investment contract, a crucial consideration when attempting to apply Howey.

The Blockchain Association is not alone in its support for Ripple. Another key group, the Investor Choice Advocates Network and SpendTheBits Inc. filed their own amicus brief on October 28, with the court's permission. In their brief, these entities argue that the SEC’s definition of “investment contract” is vague and points towards efforts invested towards determination of the SEC’s jurisdiction over crypto.

Ripple, the largest public holder of XRP published a new quarterly report highlighting that it currently holds less than 50% of the altcoin’s supply. What’s more, the payment giant operates just four out of the 130 XRP validator nodes.

Brad Garlinghouse, CEO of Ripple commented on the tweet and said:

Below 50% – a huge milestone! For 10 years, Ripple has focused on using XRP & the XRPL within our products for its speed, security and scalability for movement of value. As more customers use XRP in their payments flows, it’s clear there is real utility here.

Duncan Baldwin, crypto analyst and certified trader evaluated the XRP/USD price chart and noted that the altcoin recently suffered a decline. XRP has started its recovery and yielded 2.5% gains overnight. Baldwin states that the XRP/USD pair seems locally oversold. As the pair approaches the horizontal support level between $0.42 and $0.43, a rally is expected in XRP price. 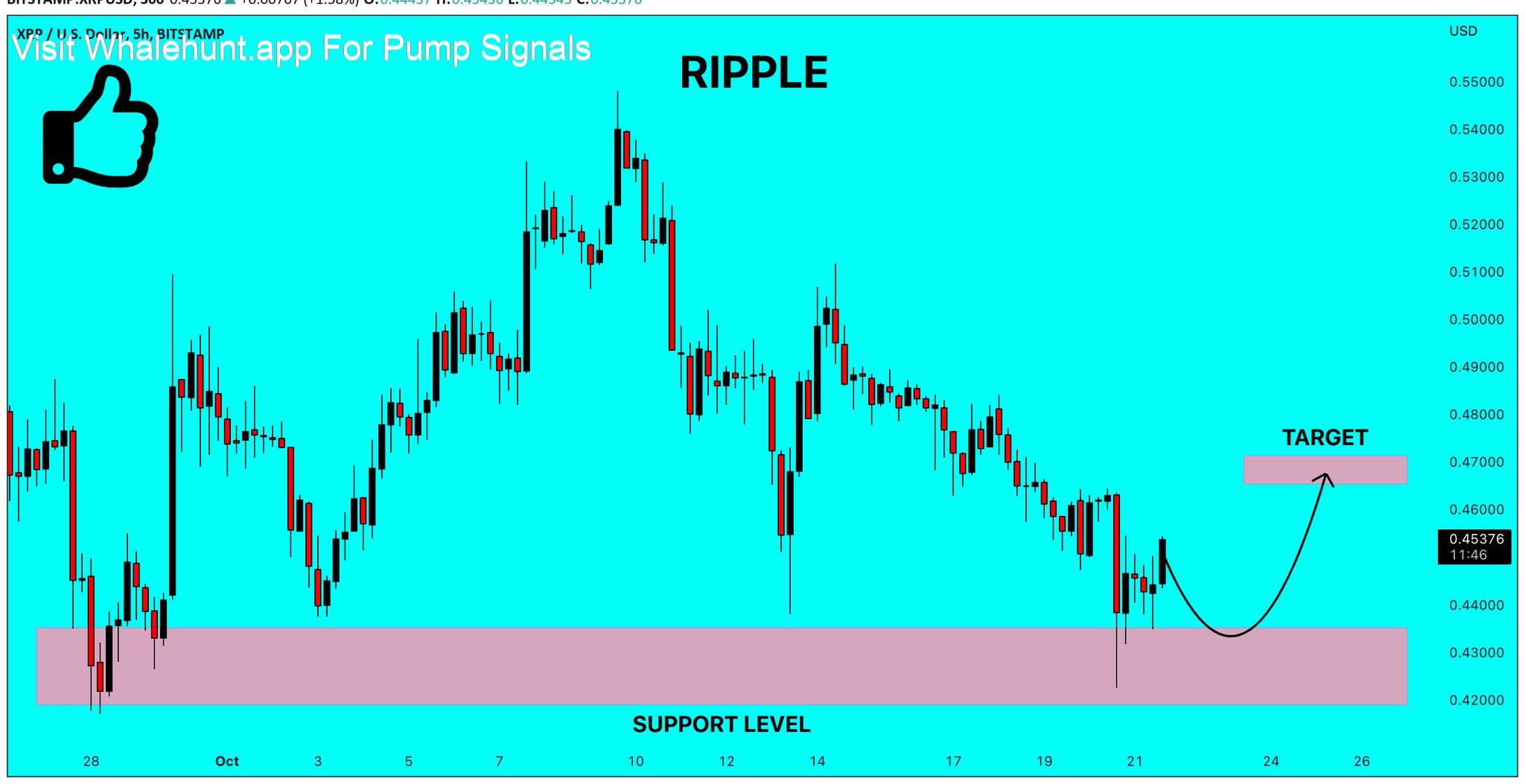