Cardano blockchain’s solution for scalability, Hydra received a fresh update in a new prerelease version. The Ethereum-killer recovered its losses from past week and analysts revealed a bullish outlook on Cardano.

Also read: This is the biggest pain point for Bitcoin and Ethereum in the current cycle

Several improvements have been made to Cardano’s layer-2 scalability solution. Developers have devised a mechanism to compute transaction costs as “min fee” and report them in the transaction cost benchmark.

Took a bit longer than last time but it's packed with features:
- Persistence of Head state
- Improved contestation deadline reporting
- Fixed several bugs in the hydra-node
- Improved UX of the hydra-tui
- Static binaries

Cardano recovered from its steep decline on October 26

Ethereum’s competitor Cardano witnessed a steep decline on October 26 amidst market-wide drop in crypto and S&P 500. Over the past week, Cardano yielded 16% gains to holders and made a comeback above the $0.38 level.

Bob Mason, a leading crypto analyst has identified $0.41 as the next key level of resistance for Cardano price in its uptrend. The analyst believes that a breakout past $0.41 would signal a continuation of the bullish uptrend. Cardano would need the support of the broader market for continuation of its climb towards the $0.431 target. 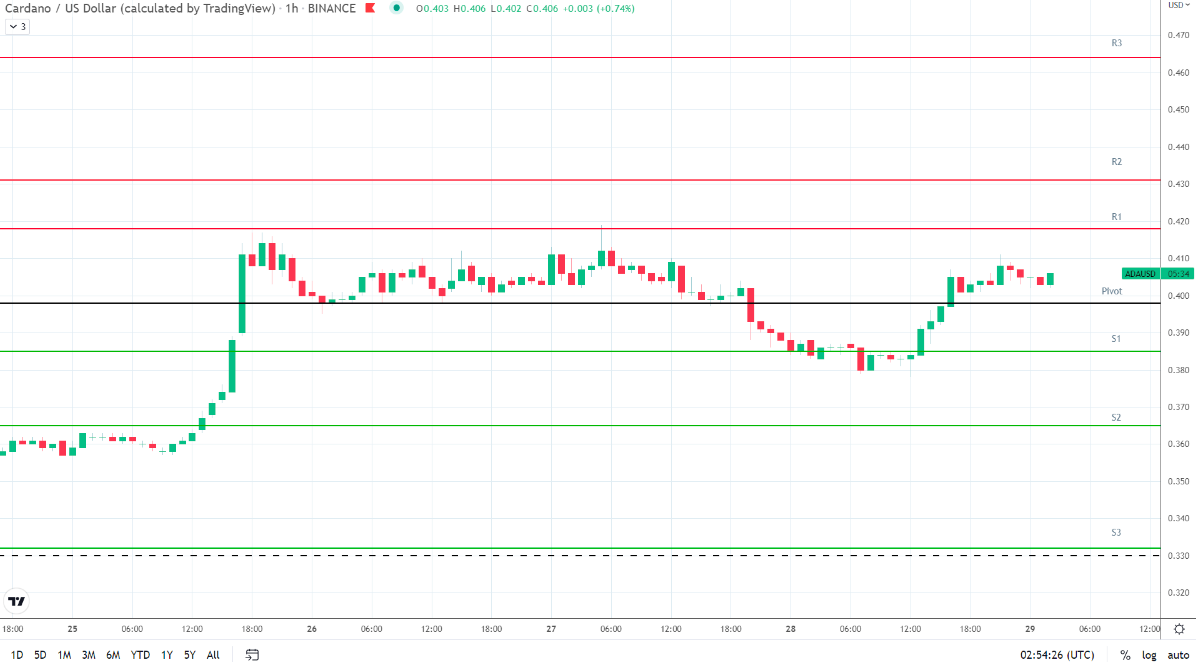 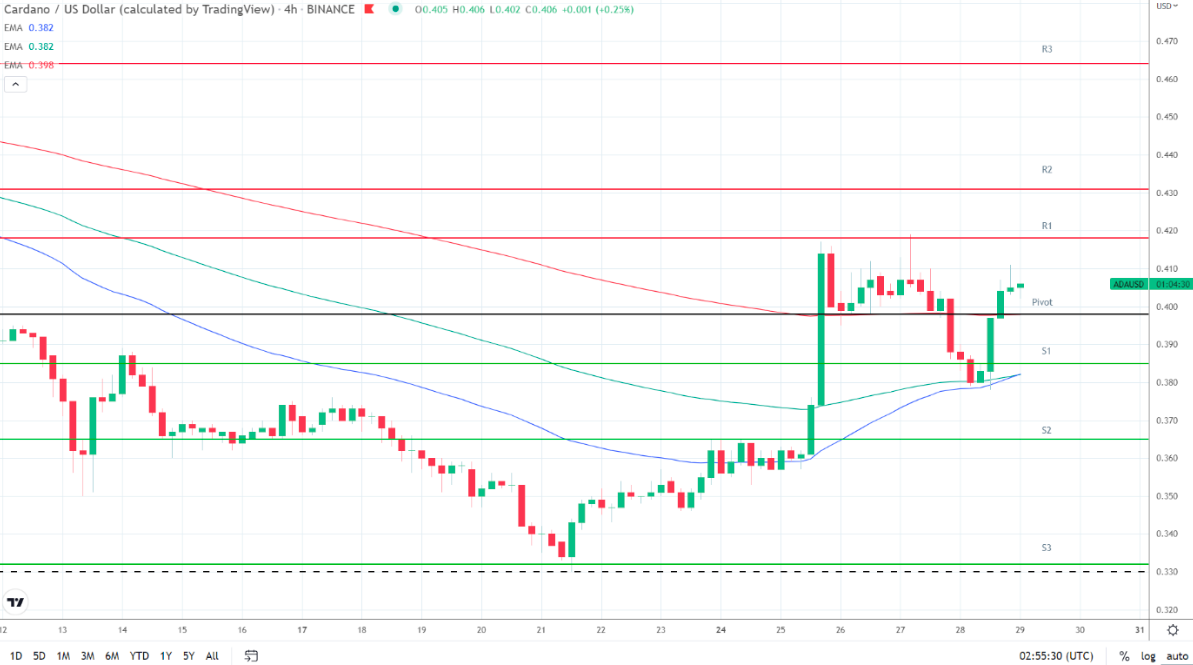