Ripple price is unchanged this week despite the volatility in the cryptocurrency complex. The longer-term perspective supports a more bullish outlook in the coming weeks, as long as the rising trendline and the 10-week SMA repel any renewed selling pressure.

Ripple price bending, but not breaking during volatile week

There is no doubt that the Ripple price action since November 2020 has been complex, driving traders from enthusiasm to fear in a matter of days. The combination of technicals, fundamental catalysts like the ongoing SEC investigation, and the looming presence of Bitcoin have combined to create one of the most volatile charts in the cryptocurrency space, highlighted by a large number of sizable wicks on the weekly candlesticks.

Critical to the bullish outlook is the unwavering support of the 10-week SMA and the rising trendline,  around $0.46 at the time of writing. A weekly close below will raise the odds that XRP is preparing to break with the 2021 uptrend.

On the upside, the obstacle facing traders is $0.60. Since November 2020, XRP has failed to close above the price level on 7 of 9 breakout attempts, including being rejected earlier this week. 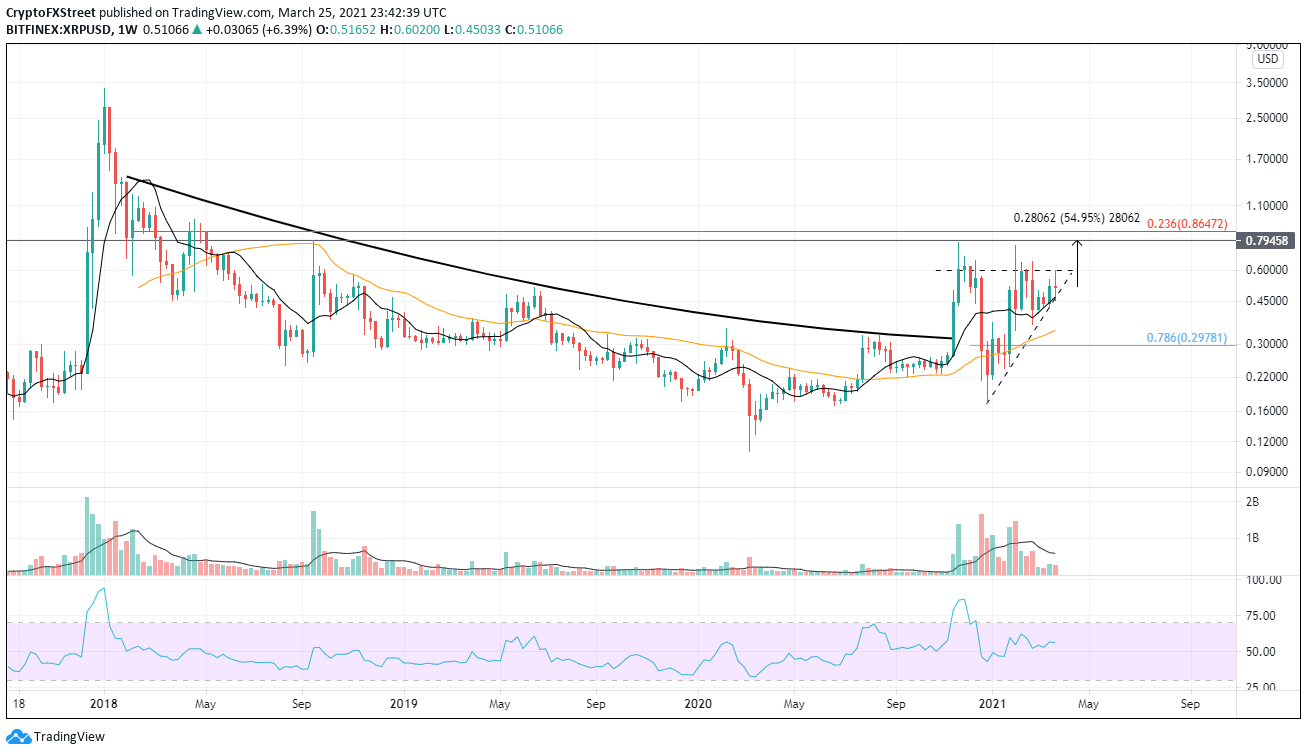 As mentioned above, $0.46 is the line in the sand for XRP. A weekly close below will leave XRP vulnerable to a swift decline to the 40-week SMA at $0.34, yielding a 24% loss from the trendline.

The only credible support after the 40-week SMA is the 0.786 Fibonacci retracement level of the January–February rally at $0.30.