Polkadot price is currently experiencing a sell-off after a massive upswing. This pullback paves the way for the sidelined investors to have the opportunity to invest in DOT at a discounted price, allowing the next leg-up to have an extra oomph.

Referendum 29, among other things, is a proposal to increase the validator count from 300 to 399. While controversial, the 0.38% turnout shows that this change will not occur.

Referring to the proposal mentioned above, the parachain's official team adds:

While the number of validators remains unchanged, technicals indicate that Polkadot price is eyeing a reversal.

Polkadot price rallied 46% from August 9 to August 17 to set up a range high at $27.45, but DOT has since retraced roughly 18% as it briefly shattered the $23.64 support level. However, Polkadot price has managed to quickly recover above the demand barrier mentioned above and shows confidence that it will continue to climb.

Regardless, investors need to be open to a pullback to $21.84.

Either way, market participants can expect a resurgence of buying pressure around any of the support levels mentioned above. In such a case, the upside for the recovery rally seems to be capped at around $31.38, roughly a 32% ascent from $23.64. 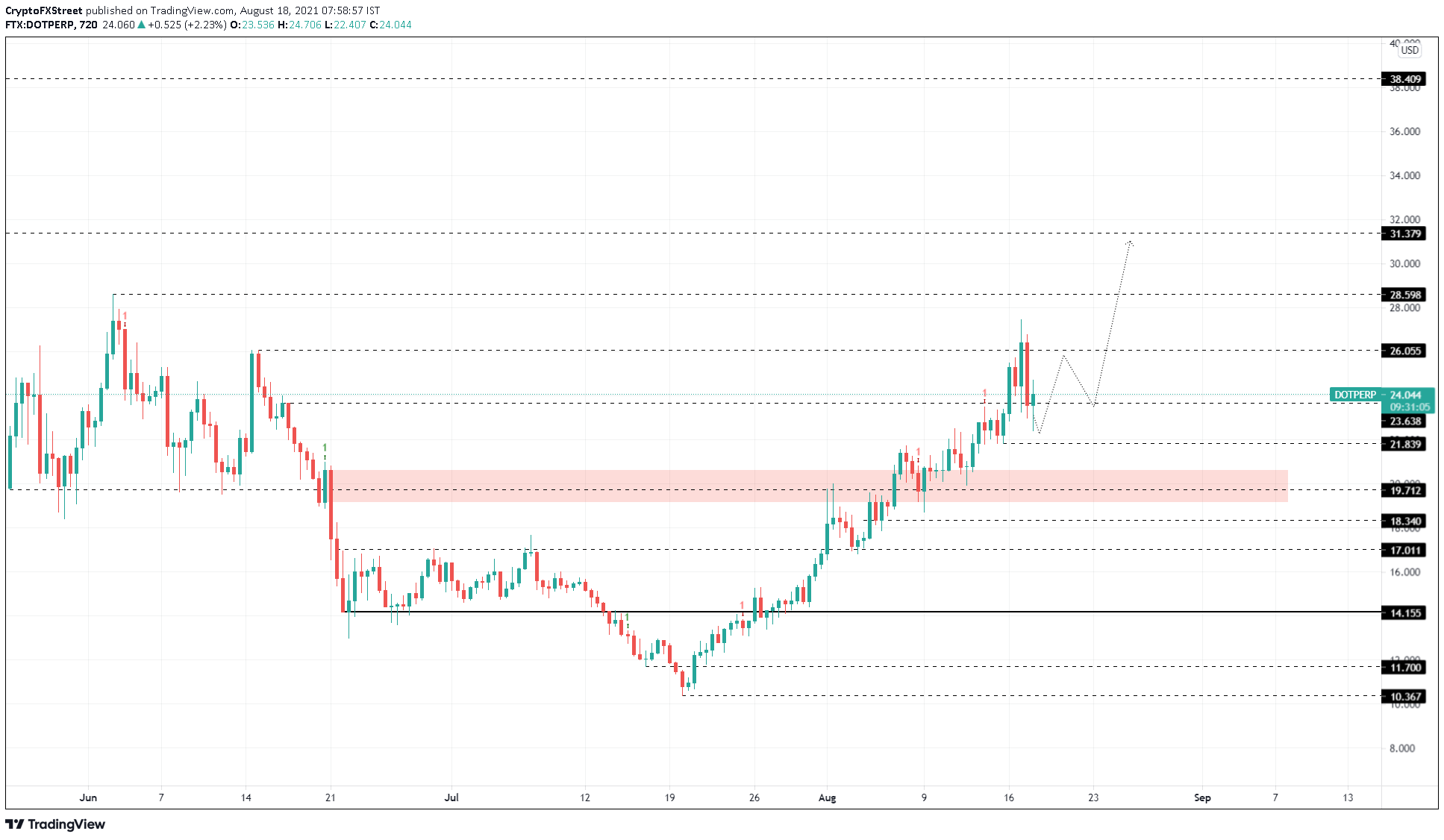 Under these circumstances, investors can expect Polkadot price to explore a retest of the $18.34 and $17.01 footholds.