Polkadot (DOT) price is showing no signs yet of the downtrend being over anytime soon as bears build momentum for another bearish break of $37.03. DOT price has seen bulls backing off as the Relative Strength Index (RSI) dipped further towards the oversold region but gave no signs  of a bullish counteractive move in sight. Expect bears to penetrate  $37.03 and decline another 15% towards $31.61.

Polkadot price correction could hold another 15% of depreciation

Polkadot price has not had a good November thus far after hitting a new all-time high at $55 at the end of October and then losing around 20%. A bearish pennant price pattern is showing signs of breaking below $37.03 and starting another downleg. The 55-day Simple Moving Average, overhead, has added additional weight capping the downtrend.

DOT price will pierce below $37.03, and accelerate lower, fuelled by bulls cover¡ing to minimize losses. With no real technical support in the way, DOT price could see an accelerated move down towards $31.61, holding another 15%  price correction for Polkadot. This would amount to a 35% total retracement of the uptrend that started this summer and ended when  Polkadot price peaked in October. 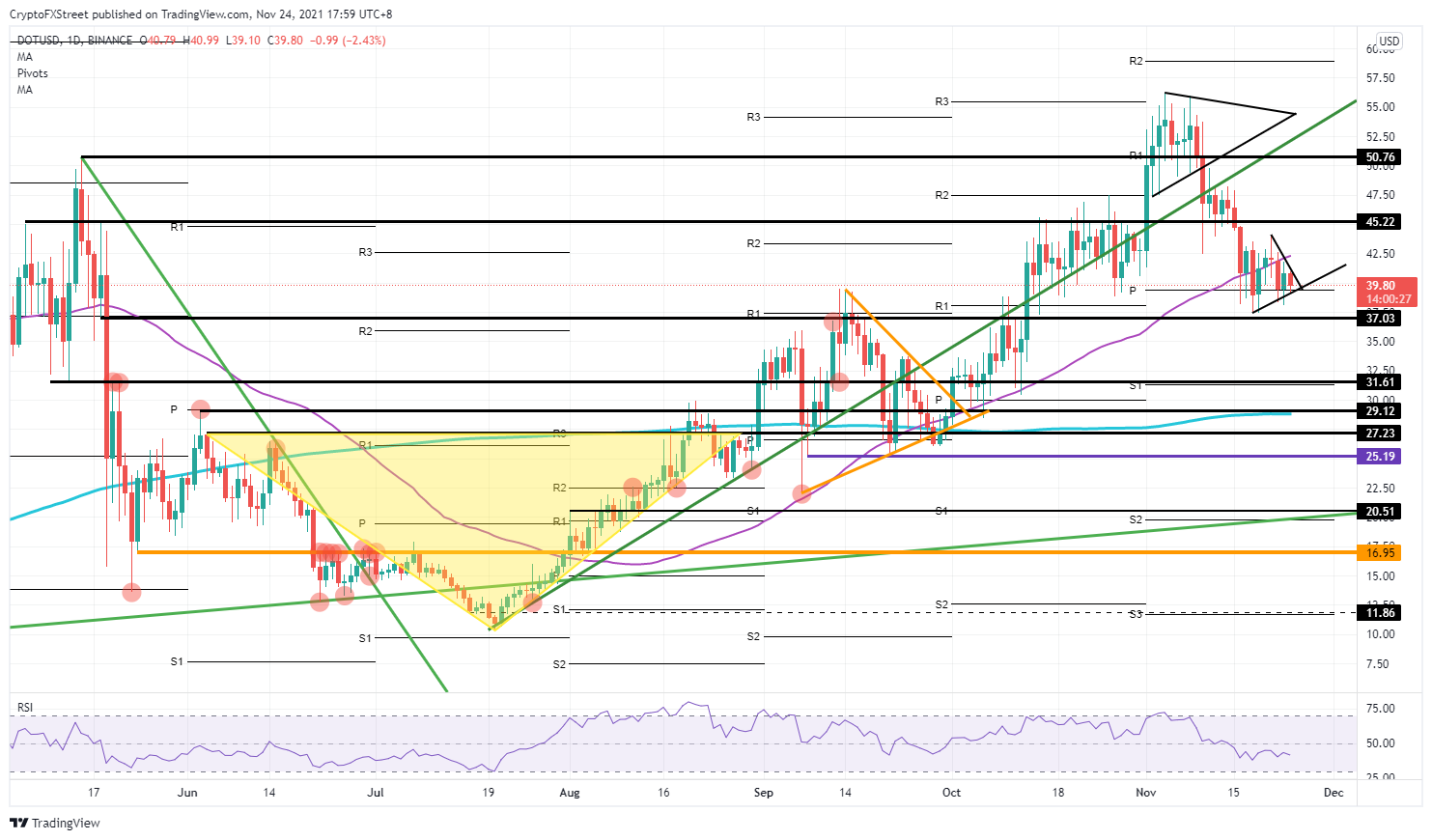 But that is as far as the correction should go, as bulls will be appealing to get in and defend DOT price with a wide range of support elements in just a 5$ price range. Around $31.61, there is not only the historical level but also the S1 monthly support level coming in. A few ticks below, there are at least three other historical support levels and the 200-day SMA, which makes this zone a perfect area for a fade-in trade for bulls before the price will be launched back up towards $37.03 and $45.22 once the global correction in cryptocurrencies has faded.