Polkadot price has not identified any price traction above $25.90 since the rebound from the May 23 low. The range of resistance defined by the 200-day SMA at $23.57 and $25.90 may continue to stifle DOT bounces in the short term, encouraging investors to study opportunities from a long and short perspective.

Polkadot price has yet to show healthy accumulation

DOT did rebound close to 100% from the May 23 low to the May 28 high at $26.66 before falling below the 200-day SMA again. The strategically important moving average has played a role in Polkadot price for most of the days since May 23, establishing it as an essential determinant for the long-term direction of the digital asset.

Polkadot price strength will likely be contained to the 200-day SMA until a credible base can be identified on a relevant timeframe. Based on the speed of the decline, DOT is combating elevated levels of price compression that need to be released before it can attract more committed investors.

A daily close above $25.90 would encourage investors to consider higher resistance levels, beginning with the 38.2% Fibonacci retracement at $27.78 and then the 50% retracement at $32.16. Ambitious investors will strike resistance at the declining 50-day SMA at $34.05. 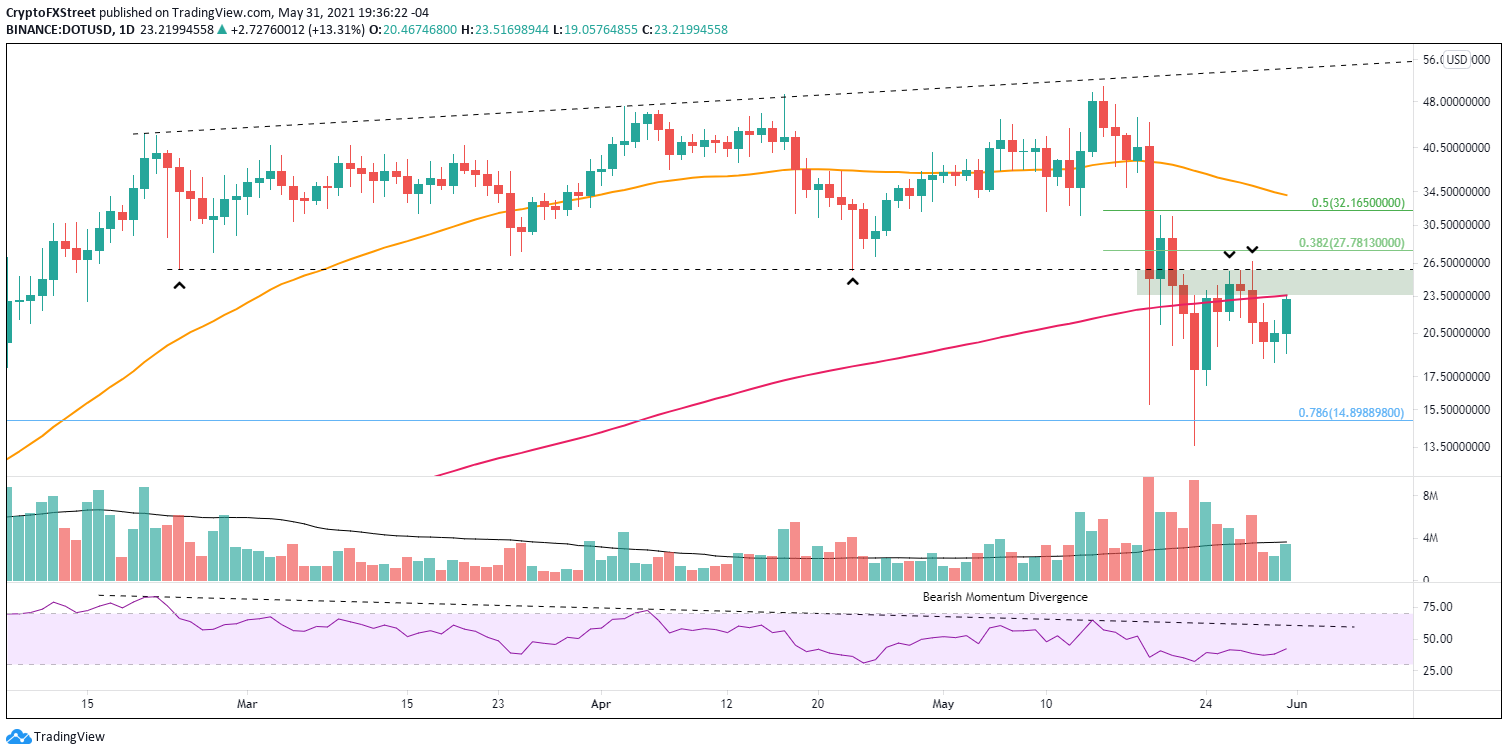 Since Polkadot price is trading below a critical moving average, it is advisable to consider the downside. DOT has few notable support levels, except for the May 30 low at $18.39, representing a 20% decline, and then the May 24 low at $16.94. Any weakness beyond those prices confirms the cryptocurrency still has not recorded a definitive correction low.

With the upside resistance clearly defined and only minor support, there is a high probability that Polkadot price is exposed to further losses.