Polkadot (DOT) has had an excellent run higher. A well-respected green ascending trend line has been formed and still shows importance and strength in the coming days. To the upside, however, price action is limited for now, with the 200-day Simple Moving Average (SMA) at $27 and the high of June 4 blocking the path. The risk of a double top formation could spell some short-term issues for price action. DOT could face a minor correction to the downside with a test of the green trend line as supportive action.

DOT is in a triangle formation, and a push to the upside looks inevitable

Do not expect the push to come just yet. A break higher out of the triangle looks instead set for the end of August. Buyers will need to step in each time and defend the ascending green trend line. This way, short-sellers will get squeezed out of their short positions with stops tucked away just above $27. Expect those stops to be run once the price breaks above and buyers to look for $29 as the next profit-taking level. 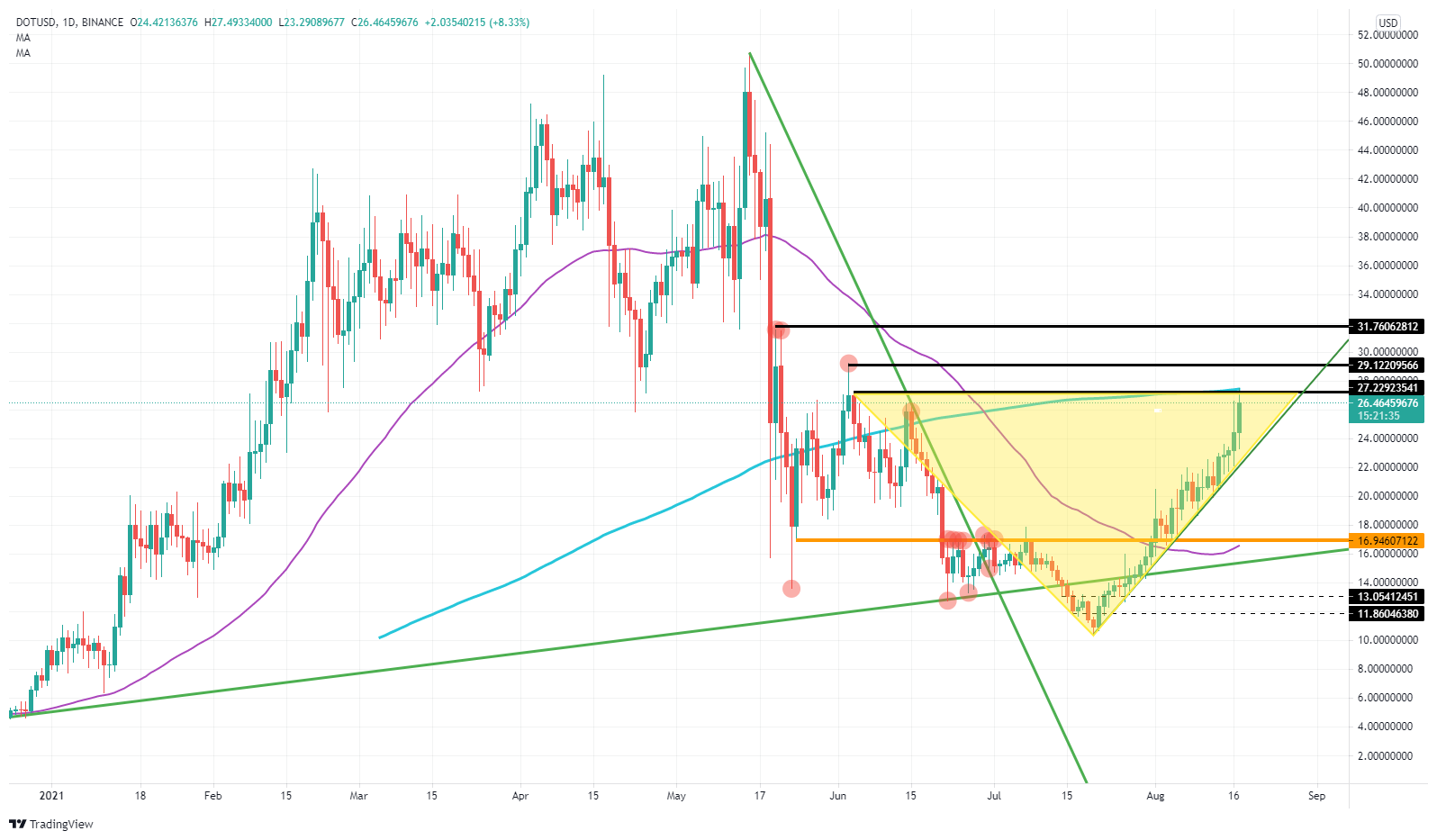 Polkadot is, therefore, set to run higher. The ultimate level to watch beyond $29 will be $31.76. Key will be that the green ascending trend line stays confirmed. If that should give way, expect a big squeeze against buyers, with prices dropping to $16.95. DOT has the orange horizontal support that originated on May 24. It is a significant level of interest since  around August 4, price action first  broke above, came back to test and rebounded off that level to jump higher. This is the best possible technical setup for a long. Should DOT correct, expect this level to be defended by buyers who have their stops just below $16.