Polkadot price is breaking down from a sideways channel on explosive volume. If DOT closes at or near the lows, it will be the worst daily decline since September 21, 2020. It is currently on pace for the 2nd worst weekly loss since trading began in August 2020. This is an abrupt change in the price character that has reigned for the better part of a month.

DOT quickly tested the 0.382 Fibonacci retracement level of the September 2020 crash at $27.45 before mildly rebounding. Today’s low is also just shy of the February low at $26.56, which would represent a decline of $30% from Monday’s high. 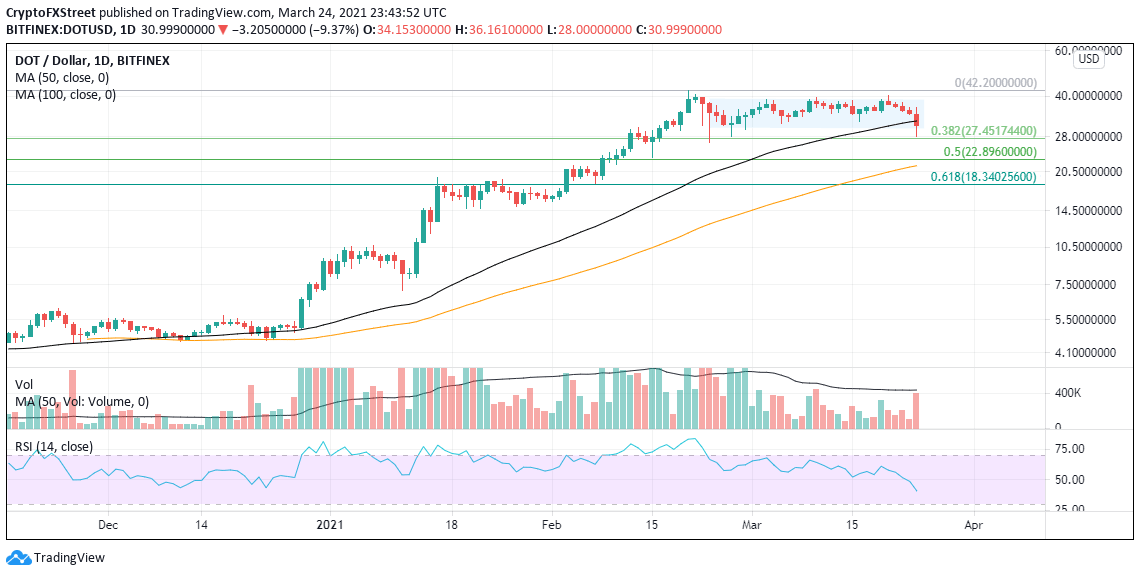 To invalidate the emerging bearish outlook, DOT buyers will need to lift the price back into the sideways channel and above the 50-day SMA at $31.14 on a daily close.

Today’s price action reminds traders about the risks associated with speculating in the cryptocurrency markets and reinforces the value of keeping a big-picture perspective during high volatility events.