Litecoin (LTC) price formed a big bullish candle yesterday as a relief rally sparked by news that Russia will pull back some of its troops from the Ukrainian border took place during European trading hours. This created a massive tailwind that lifted stock markets and cryptocurrencies to solid intraday profits. With some profit-taking today, the rally still looks strong enough to continue and could provide Litecoin bulls with the necessary fuel to break above the red descending trend line dictating the downtrend since December 08.

Litecoin price action saw its rally cut short at the 55-day Simple Moving Average (SMA) yesterday, with global markets on the front foot after some positive signals out of Russia. Investors quickly put money to work and bought into several equities and cryptocurrencies. Around 6% of gains got booked in the process, and another 10% is on the cards by the end of the week if this positive sentiment keeps playing out.

LTC price will first take a short step back today with some profit-taking, but expect to see a breach above the 55-day SMA once the US volume kicks in. From there, $131.58 to $139 represents a 5.5% gain potentially on the cards today. If bulls can pull it off, or if more positive signals emerge out of Russia on de-escalation, expect the red descending trend line and its downtrend to be broken, and bulls to march on to $145 with the monthly R1 as resistance and around 10% of profit in the process. 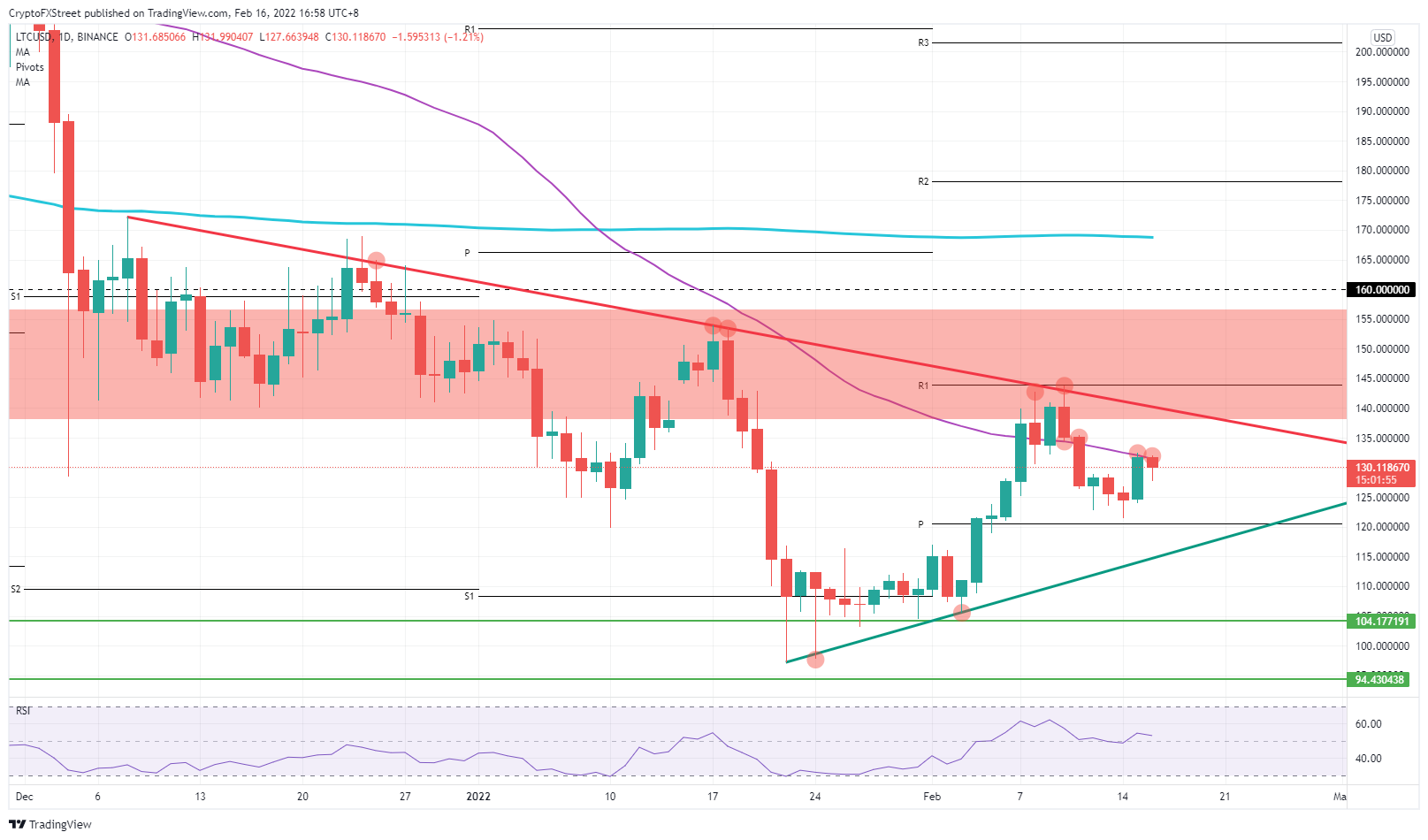 Alternatively, the rejection may be bigger-than-expected, and with the Relative Strength Index (RSI) dipping a little bit, it could be the case that bulls have left the window open for bears to blindside them and push price action further to the downside. The scales could tip towards more selling as bulls sell to book profit and the price drops more than foreseen. LTC price could dip back to $120 for another monthly pivot test and then overshoot towards $115 with the green ascending trend line nearby acting as support.