Litecoin price has been on a rollercoaster of a journey for the past month or so. Although LTC has lost its market value, it seems to be forming a bullish reversal pattern, suggesting a breakout soon.

Litecoin price action from December 24, 2021, has formed an inverse head-and-shoulders pattern. This technical formation contains two swing lows of comparable depths known as the shoulder and a central valley that dips deeper than the rest known as the head.

The setup forecasts a 27% ascent to $75.70, determined by adding the distance between the neckline and the lowest point of the head to the breakout point. Since the neckline is sloped, a breakout can be expected at around $137.43. 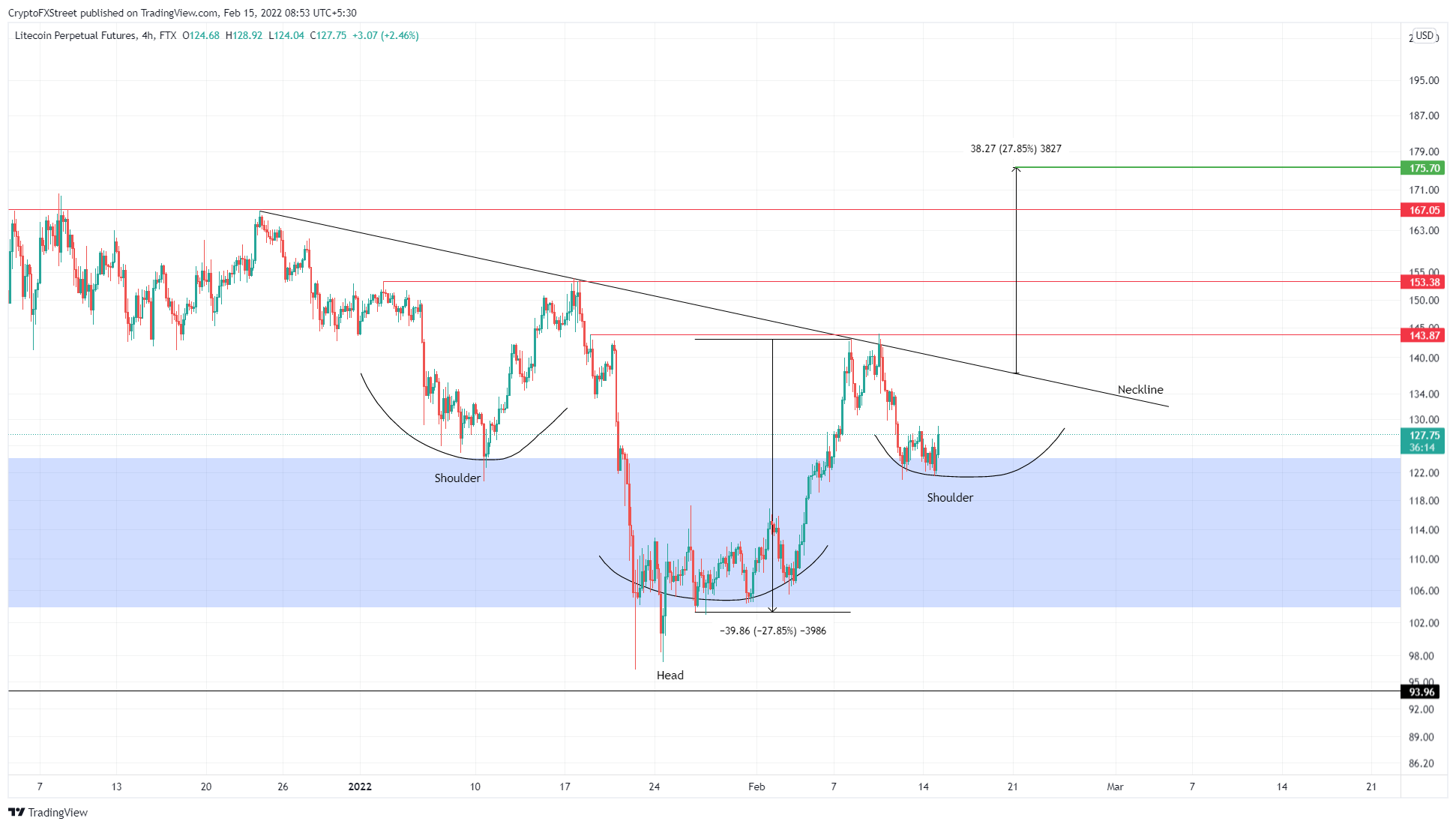 Supporting the bullish outlook is the 365-day Market Value to Realized Value (MVRV) model. This on-chain metric is used to determine the average profit/loss of investors that purchased LTC over the past year.

Since this index is hovering at -25.90%, it indicates that a majority of the holders that purchased LTC over the past year are at a loss, and this is where long-term holders tend to accumulate. Therefore, this fundamental metric suggests that LTC is in an opportunity zone and that a reversal seems likely.

Further adding credence to the technical perspective is IntoTheBlock’s Global In/Out of the Money (GIOM) model, which shows that the immediate resistance barrier is relatively weak. Moreover, this on-chain index also shows that the upside could be capped at $144.05, where roughly 600,220 addresses that purchased nearly 10.91 million LTC are “Out of the Money.”

Therefore, a short-term spike in buying pressure is likely to hit a dead end as holders in this area will likely seek to break even.

While things are looking up for Litecoin price, a breakdown of the 3-day demand zone, ranging from $103.82 to $124.06, will create a lower low, invalidating the bullish thesis. In such a case, LTC could slide lower and form a base around the $93.96 support level.