As explained in previous articles, this upgrade will take a three-fold approach to improve the Cardano blockchain - scaling, smart contract capabilities and block transmission latency. The first major update regarding this upgrade was provided on June 27 when IOHK, the developer team behind Cardano announced the launch of node 1.35.0.

Stake Pool Operators (SPOs) need to upgrade to the latest version of the node to participate in the Vasil hard fork testing that will begin soon. IOHK CTO Romain Pellerin announced,

When this number reaches 75%, the Vasil hard fork event can take place on the Cardano testnet. As of June 28, this number currently stands at 53.2%, which suggests that there is a long way to go.

Cardano price faces off against blockades

Cardano price is attempting to overcome its immediate hurdle at $0.488 aka the 8-day Exponential Moving Average (EMA). ADA is trading between the 8-day and 34-day EMAs since June 24 and remains that way as of June 28.

However, the recent recovery above the weekly open at $0.484, suggests that the bulls are in control.

The resulting rally is likely to propel Cardano price to $0.550, which is just above the 34-day EMA. Overcoming these two blockades will put ADA against the 50-day EMA. This is likely where the upside is capped for the so-called “Ethereum-killer.”

Therefore, the journey for ADA is an uphill battle although it is likely to continue heading higher. However, if Bitcoin price starts to rally, it will improve the chances of an upswing for Cardano price and other altcoins as well. 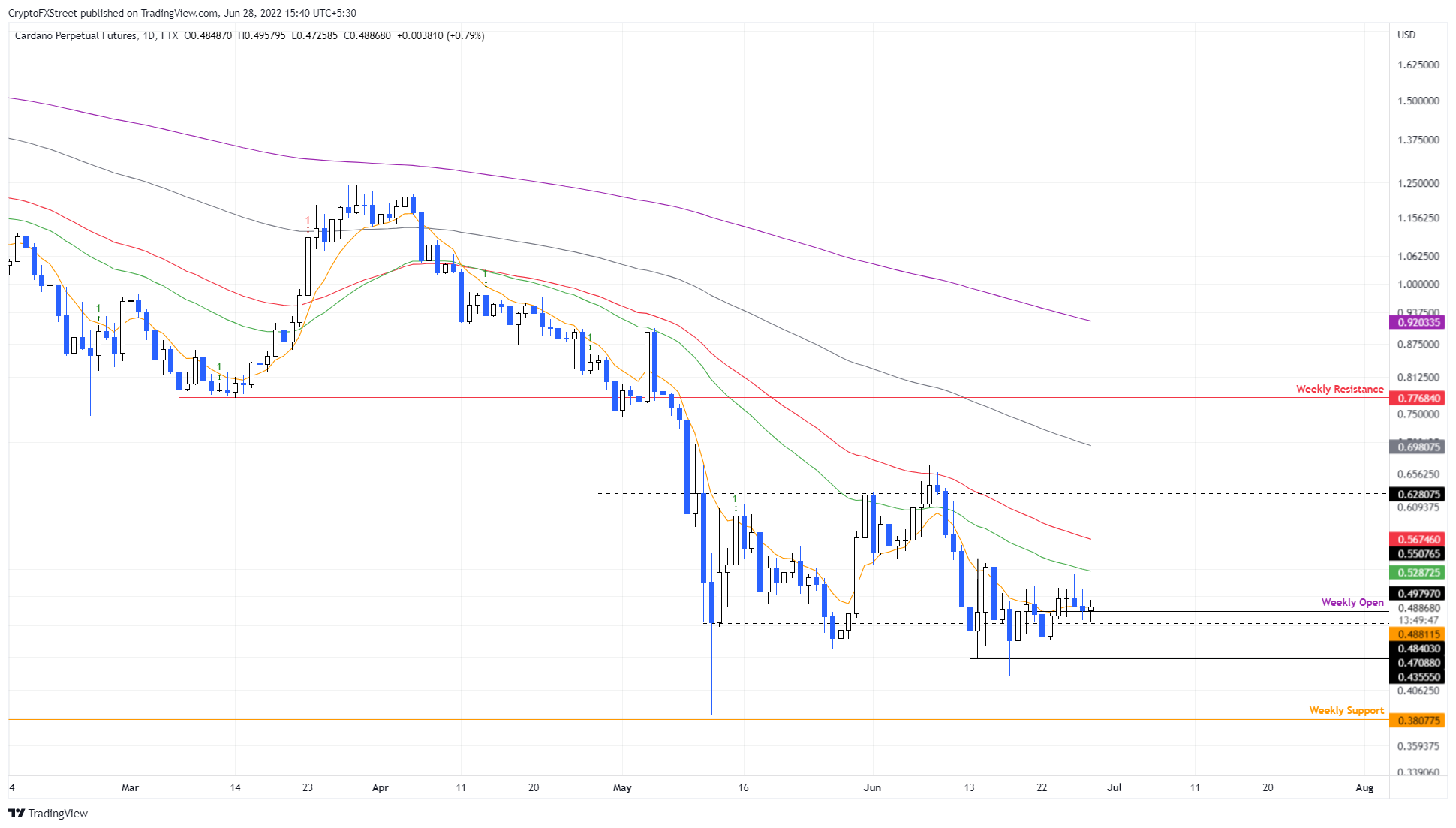 Although things might be looking optimistic for ADA, it faces headwinds. If Cardano price crashes lower and produces a daily candlestick close below the $0.435 support level, it will create a lower low and invalidate the bullish thesis.

Such a development could see the ADA price dive another 12% to retest the $0.380 foothold.