Vasil hard fork back on track

This deployment will serve as the final candidate for launching the much-anticipated Vasil hard fork. As mentioned in previous articles, this upgrade will improve the blockchain’s scaling and other facets like the Plutus smart contract language for dApp developers. Additionally, it will also reduce the latency of block transmission.

The newly launched node includes updates like being code complete on all the core Cardano software. Further, the testing on the new Plutus v2 code has been “successful, and delivered very positive results in terms of performance and improved cost.”

Moreover, the aforementioned thread also quashes rumors of delays that were floating on Twitter last week by informing the concerned parties of an upcoming testnet.

The next step is preparing for #Cardano testnet release. We have in the last few minutes alerted our SPO community supporting the testnet that the new node is ready for them to deploy onto the testnet.

Cardano price on the brink of a rally

Cardano price is stuck trading between converging 8-day, 34-day and 50-day Exponential Moving Averages (EMA). As ADA consolidates due to the pressure of these hurdles and resistance barriers, investors can expect the volatility to dry up.

Eventually, however, a breakout will lead to an explosive move in Cardano price. Depending on the momentum of the rally, ADA could overcome the 34-day EMA and the $0.550 resistance level. This is the first blockade that is crucial to breach in the upswing.

A swift flip of this hurdle into a support floor will open the doors for ADA bulls to ride this wave to the next level at $0.571 aka the 50-day EMA. This is likely where exhaustion will set in for bulls, but if buyers step in and do not book profits, Cardano price could climb higher and retest the $0.628 blockade.

In total, this move would constitute a 24% gain from the current position at $0.505. 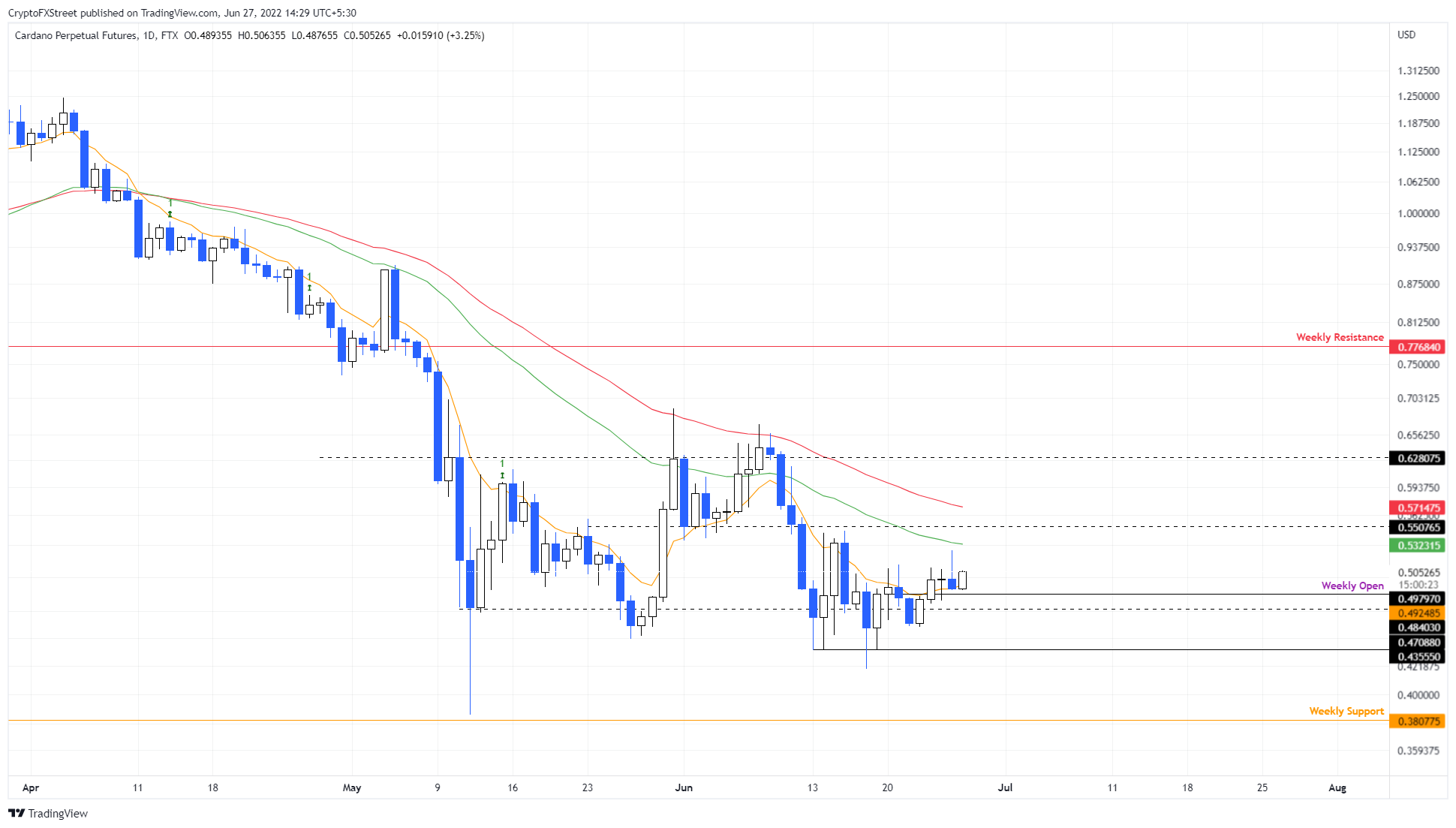 On the other hand, if Cardano price faces selling pressure at $0.550 due to investors booking profits, it will indicate that the buying pressure is insufficient. In such a case, if ADA crashes lower and produces a daily candlestick close below the $0.435 support level, it will invalidate the bullish thesis.

This development could further see Cardano price crash 12% and revisit the $0.380 support barrier.