Algorand price formed a bottom reversal pattern with massive potential on April 11 but failed to follow through. As a result, sellers took over, pushing ALGO below a crucial support level. However, a quick recovery above this barrier is likely to reignite the said run-up.

Algorand price bounced off the $0.687 barrier thrice since February 24, creating a triple bottom setup. Investors expected ALGO to kick-start its upswing after the third tag on April 11, but bears had another plan. As a result, the altcoin slid below the $0.687 foothold.

Since Bitcoin price is recovering, a minor rally might be on the cards. Therefore, altcoins, including Algorand price, could also see a spillover effect. If ALGO recovers above the $0.687 barrier, it will signal the start of a new uptrend.

In such a scenario, investors can expect Algorand price to catalyze a bullish move to the $0.841 hurdle. This move would constitute a 20% rally from the current position at $0.669 and is the conservative outlook.

If the buying pressure continues to increase from new investors, there is a good chance ALGO will extend the rally to the $0.90 barrier, bringing the total gain to 33%. 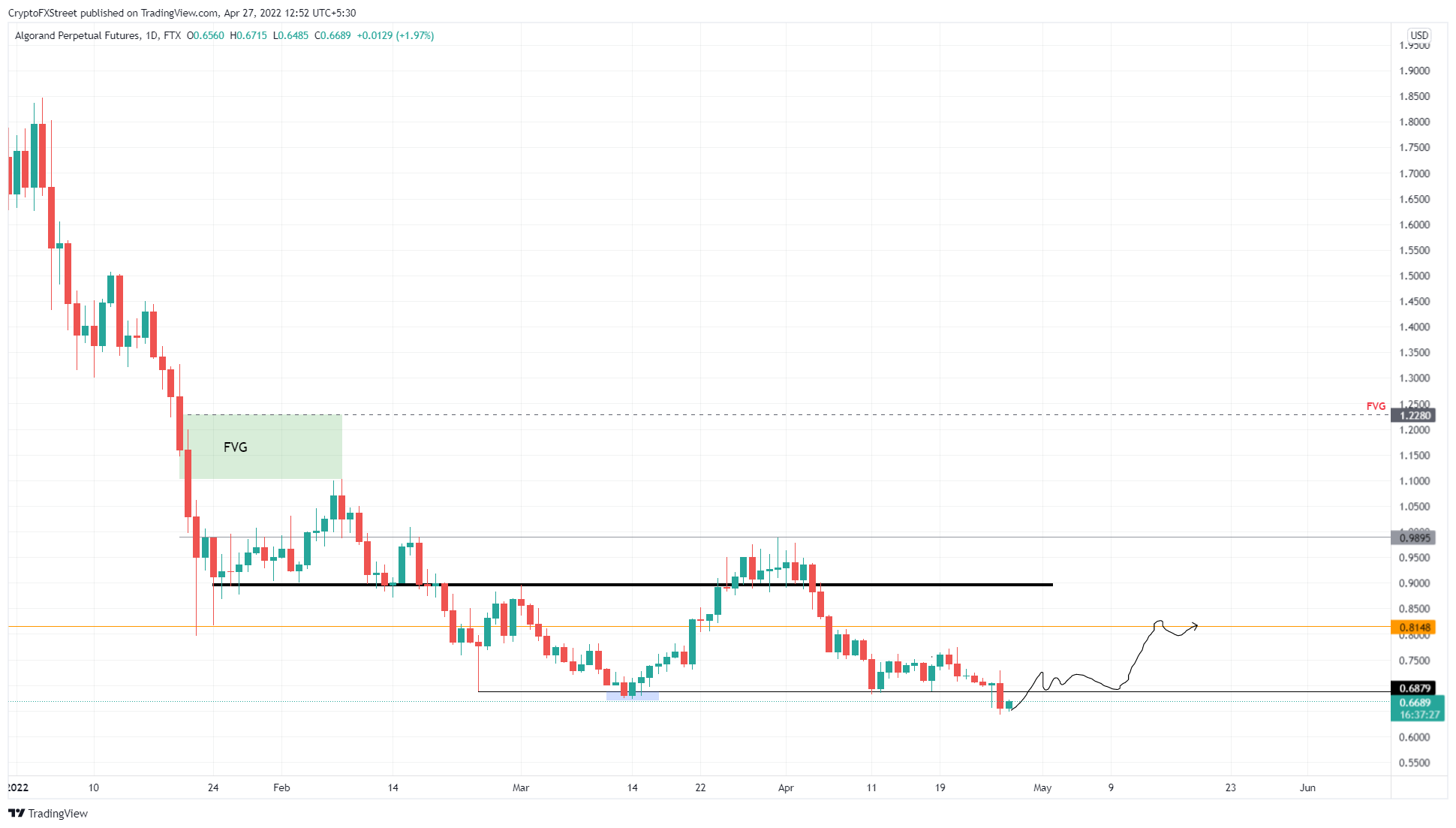 In a dire case, where the selling pressure spikes, Algorand price might produce a daily candlestick close below the April 26 swing low at $0.64.

This development will signal that the bulls are exhausted and hence invalidate the bullish thesis for ALGO.