Bitcoin price sees a sharp drop in volatility as the new monthly pivots come in more narrowly from each other than the ones in June. A similar pattern can be spotted between April and May, where in May, the falling knife got executed that at one point had wiped out 30% of the market cap. The risk at hand is that a similar move could happen in the coming month as almost two hands are needed to count all the bearish signals in Bitcoin.

If it were a bet, Bitcoin price would be quoted at the betting shops 5 to 1 as currently, five bearish elements outweigh only one bullish signal. With that, it looks to be a done deal and a concise article to make, but there is one important thing to mention, which you can read in the last paragraph. For now, let us focus on the bearish elements at hand and the ones that need to be broken before markets can start speaking of an uptrend instead of a bear trend.

BTC price is already mentioned in several articles in a downtrend marked by the death cross where the 55–day Simple Moving Average (SMA) has broken below the 200-day SMA, and to make it even worse, that same 55-day SMA is working as a cap on the price action moving alongside the downtrend as a watchdog. Parallel with that declining 55-day SMA, a red descending trend line is acting as the backbone of the downtrend, forming a bearish triangle with the base at $19,036 and acts as the upper leg of a bearish trend channel with the old blue ascending trend line as the lower leg. Reading back, that makes five bearish elements currently hanging over BTC price action and only dragging it further down. 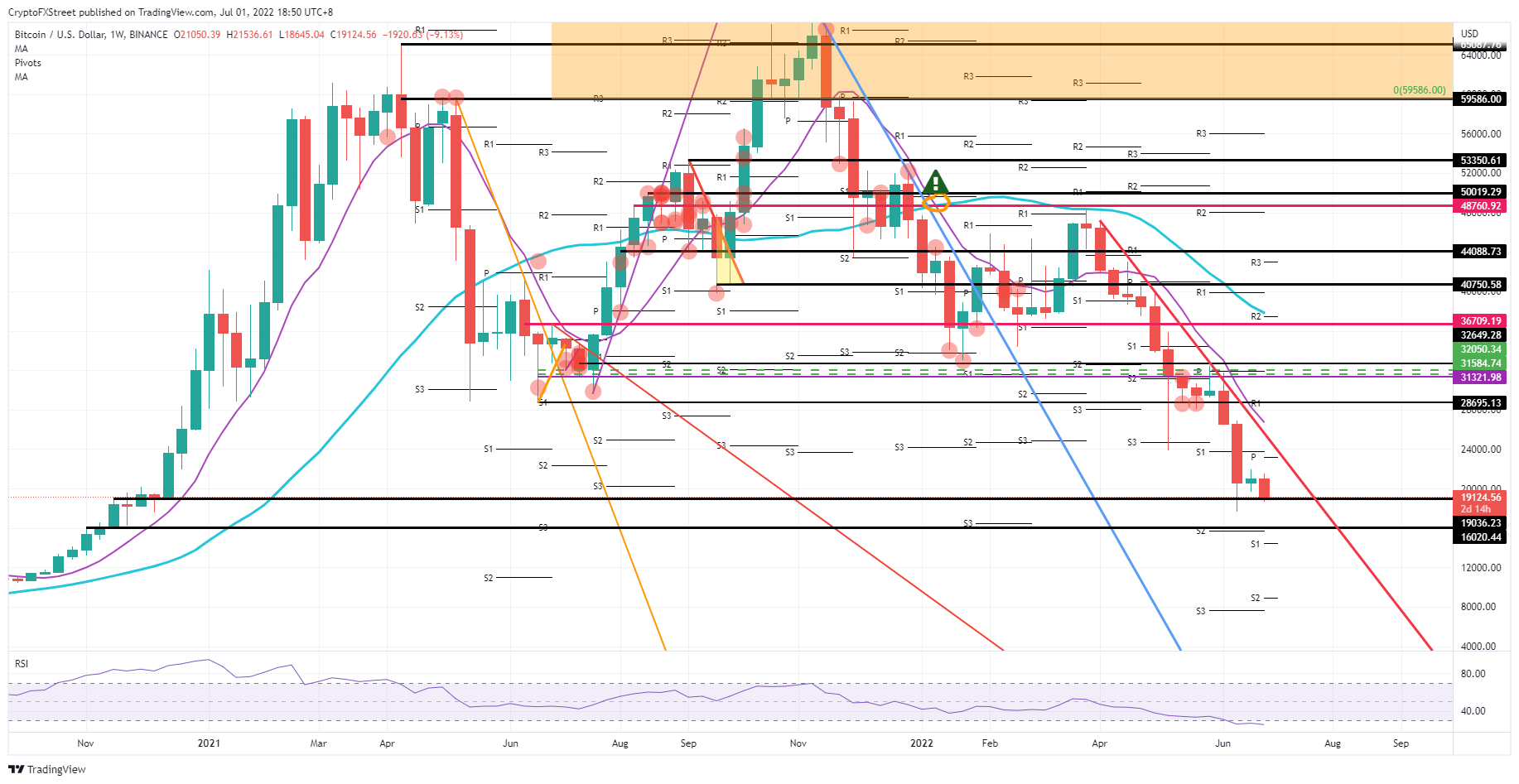 As mentioned in the introduction, the new monthly pivots are coming in close to one another, meaning that price action will only consolidate further and that support is much closer to one another to catch any further slides in the price action. BTC price will see support at $16,020, and the monthly S1 at $14,460 is nearby to catch any breaks. As the summer starts as well, the seasonal summer lull kicks in with lesser liquidity and building a case for bulls to strike now and pump price action up towards $28,695, breaking the red descending trend line and the 55-day SMA and pulling in inequality between bears and bulls into a full bullish playing field.