Blockchain data now indicates that the market crash over the weekend resulted from a “weak hand purge.”

Bitcoin spent most of Tuesday trading above $51,000 as the stock market rose sharply amid growing optimism that the new omicron coronavirus variant would be less damaging to the economy than previously thought.

Bitcoin’s price had fallen back by the time of publications, was slightly down over the past 24 hours. The No. 1 cryptocurrency by market capitalization’s trading volume across major centralized exchange was low on Tuesday. Ether, meanwhile, was down about 1% over the same period. 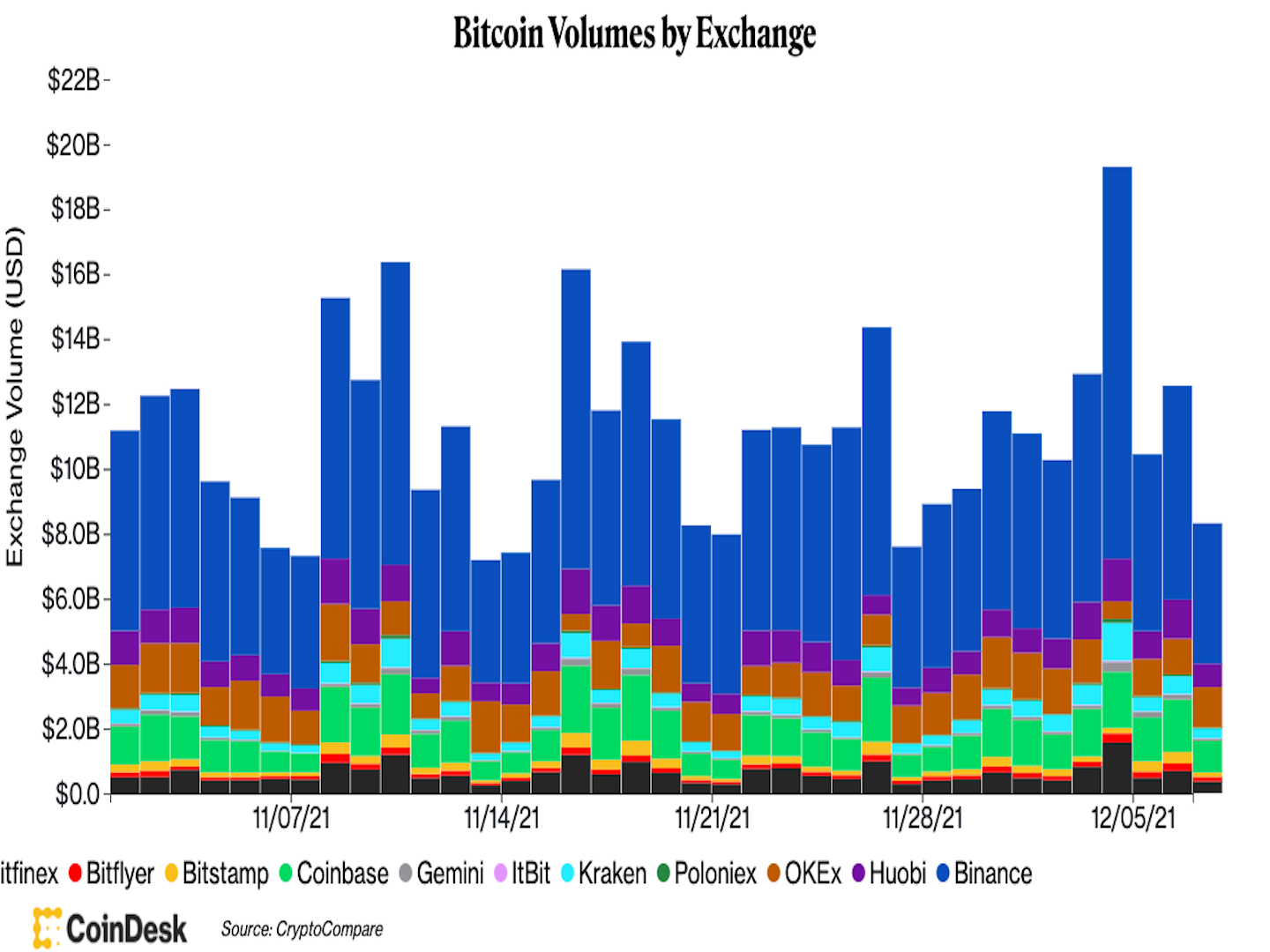 Blockchain data suggested that the market crash over the weekend resulted from a “weak hand purge,” according to blockchain analytics firm Santiment. Bitcoin’s network realized profit/loss (NPL in short) chart shows that Saturday’s correction triggered one of this year’s largest drops in bitcoin’s NPL.

NPL takes the price at which bitcoin last moved on the blockchain – assuming it was bitcoin’s acquisition price – and divides by the price of the bitcoin when it changes addresses again, which is the price Santiment assumes as the sell price.

The drop in NPL suggests “a significant amount of BTC transferred over the weekend were being moved at a loss compared to the last time they changed addresses,” Santiment explained in its analysis on Tuesday.

The takeaway? Bitcoin may face some short-term downward pressure amid “rising FUD [fear, uncertainty and doubt] among some BTC holders,” Santiment concluded.

Alternative cryptocurrencies (altcoin) gained and some of the biggest winners of the day included tezos (XTZ), omg network (OMG), and harmony (ONE). 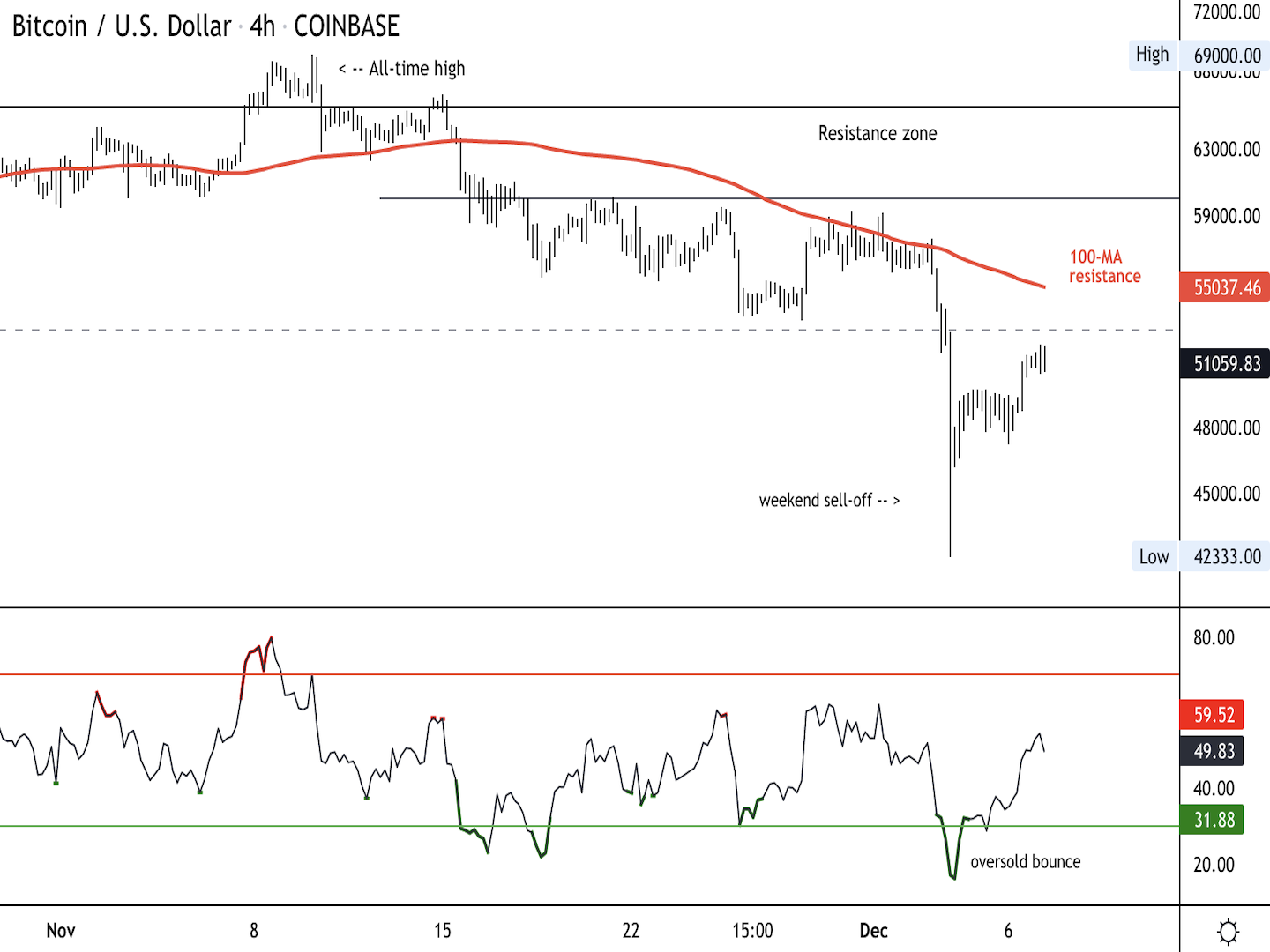 Bitcoin (BTC) is attempting to reverse its weekend sell-off, although the cryptocurrency’s price could face short-term resistance around $53,000-$55,000. BTC was trading around $50,000 at the time of publication and is up about 3% over the past 24 hours.

The relative strength index (RSI) on the four-hour is rising from extreme oversold levels, suggesting that buyers could remain active over the short-term. Still, BTC remains in a month-long downtrend, defined by the downward sloping 100-period moving average on the four-hour chart. Downtrends tend to limit price rises as sellers outnumber buyers.

Price momentum is still negative on the weekly chart, which means more time is needed for bitcoin to decisively break above its short-term downtrend.