Ethereum price rose exponentially over the past 48 hours but experienced a massive flash crash on October 21. While this pushed ETH down significantly in a short period, the bulls’ perseverance kept the token afloat and ready for a new journey.

Ethereum price embarks on a journey to record highs

Ethereum price set up three distinctive swing lows from September 7 to October 14, forming an inverse head-and-shoulders pattern. The central swing point is the deepest and is called the head, while the other two are shoulders. The swing highs of these valleys are connected to form a horizontal resistance level or neckline at $3,639.

A decisive close above this barrier will confirm a breakout and forecast a 25% ascent, determined by measuring the distance between the right shoulder’s peak to the head’s lowest point. Adding it to the breakout point reveals a target of $4,550.

So far, Ethereum price has rallied 20% and retested the all-time high but has failed to breach through it. Moreover, ETH suffered a flash crash on October 21, which crashed its market value by 14% on some exchanges.

Ethereum price has climbed roughly 3% from yesterday’s swing low and reveals that another 10% ascent is likely to $4,550 or a new high. If the buying pressure persists, ETH bulls will rally toward the $5,000 psychological level, indicating a 20% ascent from the current position. 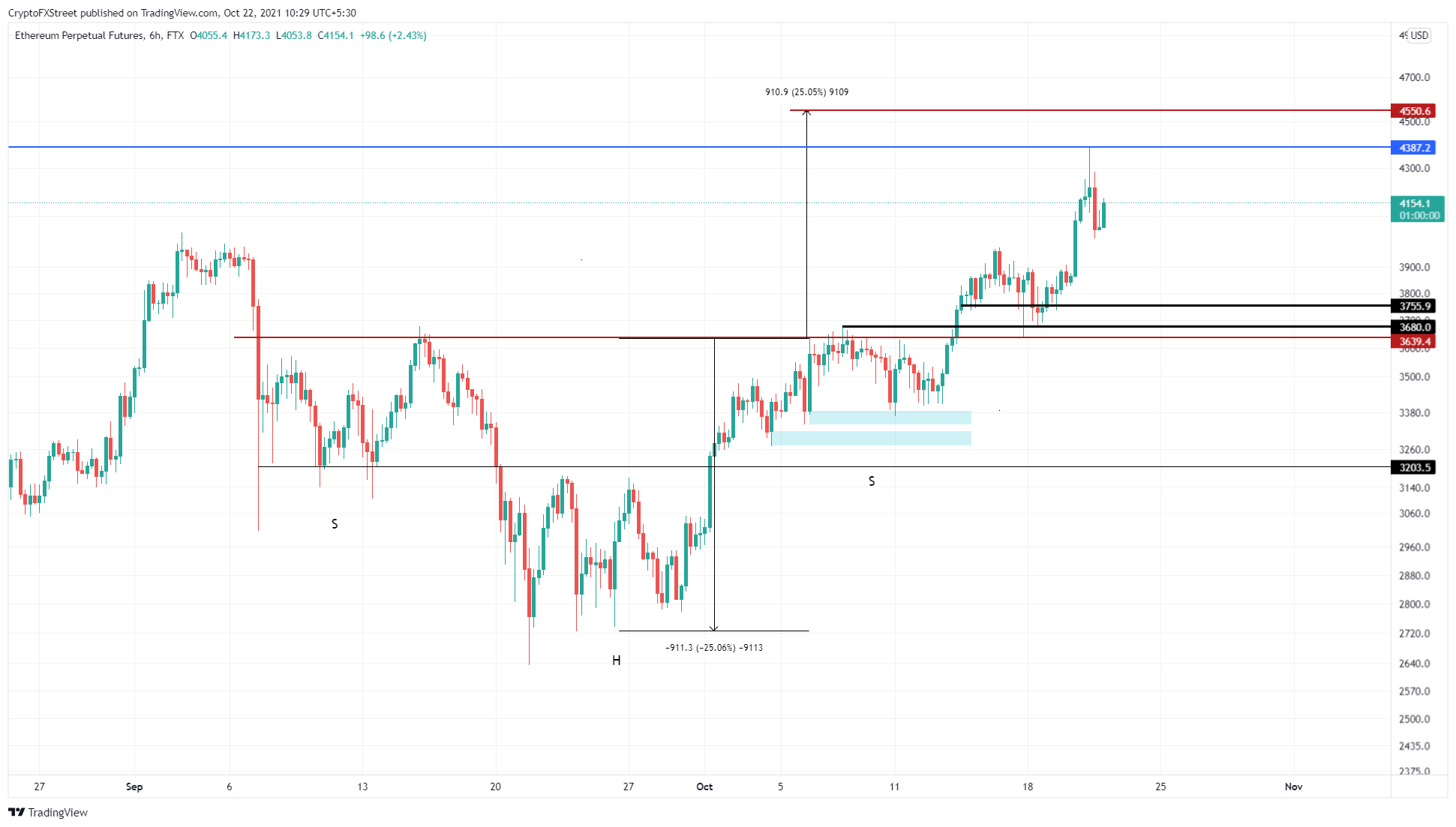 While things are looking up for Ethereum price, the rejection at $4,387 could be the start of a double top formation, in which case, investors need to be wary of a crash toward $3,639. While this descent is plausible, it does not invalidate the bullish thesis. In some cases, the Ethereum price might extend as low as $3,385 before making a comeback.