The positive mood remains on the cryptocurrency market. While Bitcoin (BTC) is rising slightly, altcoins are outperforming the leading crypto. The top gainer from the 10 most popular coins is Bitcoin SV (BSV), whose rate has risen 14.34% over the past day.

The market capitalization has also increased against the rise of the market. At the moment, its index is $265.3 Bln.

The relevant data for Ethereum is below.

The data is relevant at press time.

ETH/USD: Is the rise coming to an end?

The price of Ethereum (ETH) showed steady growth yesterday. During the day, the pair broke through the resistance at $233 and tested the POC line ($243.34) late at night. In the Asian session, growth stopped and the price rolled back to $240. 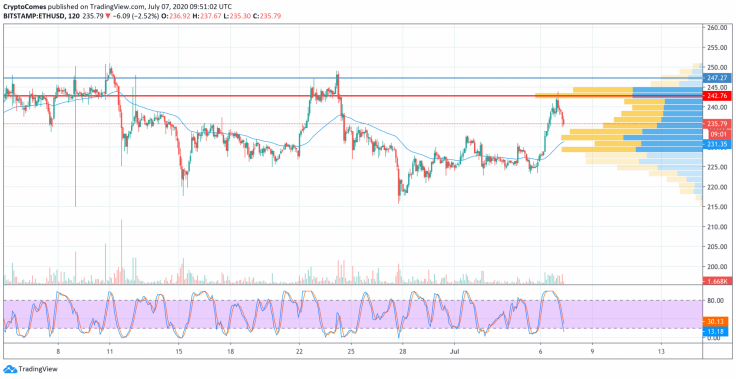 If the bears strengthen the onslaught, then they can return the pair to $233. On the other hand, on the daily time frame, the Stoch RSI indicator lines have not yet reached the overbought zone and there is still some potential for growth. Overall, after a short pause, bulls might try to test the resistance at $247. 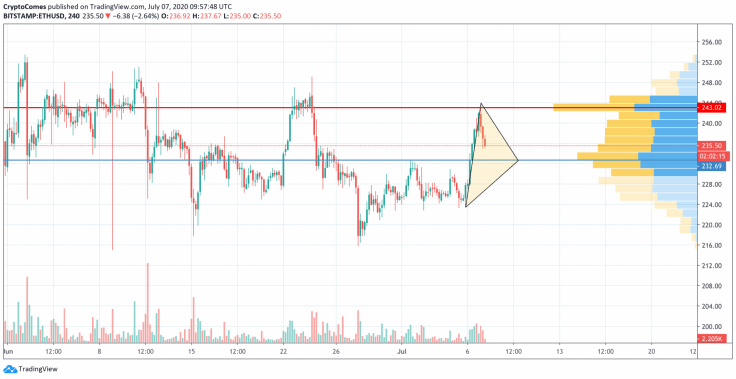 On the 4H chart, Ethereum (ETH) is forming a Triangle pattern. The decline is supported by the rising trading volume which means that there is still space for going deeper. In this case, the first stop might be at the zone around $232 where most of the liquidity is concentrated. This scenario may unfold within days. 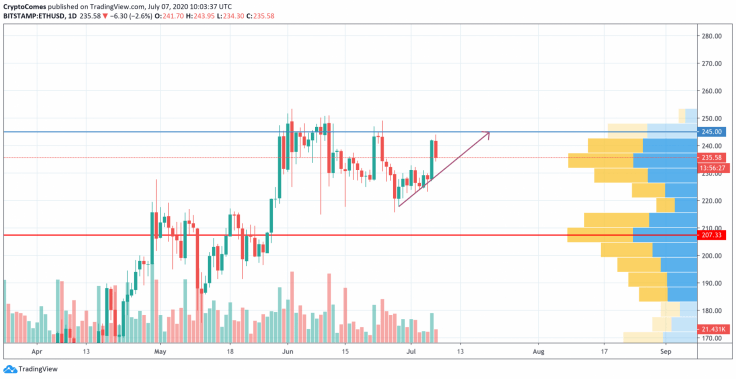 On the bigger time frame, the growth potential remains, despite the highs becoming lower and lower. The bullish trend since March 2020 has not been broken so far, which means bulls may still set new local peaks. Such a statement is confirmed by the rising channel, which has continued since the end of June. If bulls keep pushing the altcoin higher, traders can expect Ethereum (ETH) to trade around $245 by the end of July.