Dogecoin price hovers below a crucial ceiling, a breach of which will allow the meme coin to propel itself higher. However, after a steady rally since July 20, a retracement seems likely. Therefore, investors can expect the leg-up that follows this correction to take a jab at the said supply barrier.

Elon Musk and his diminishing control over cryptocurrency markets

Elon Musk and his tweets on Dogecoin sent the cryptocurrency flying during the peak hype cycle of the recent bull run. At one point in time, Musk’s tweets also moved Bitcoin price. Of late, his tweets have had diminishing control and barely move the markets. This shift in trend seems to be becoming more apparent since July. 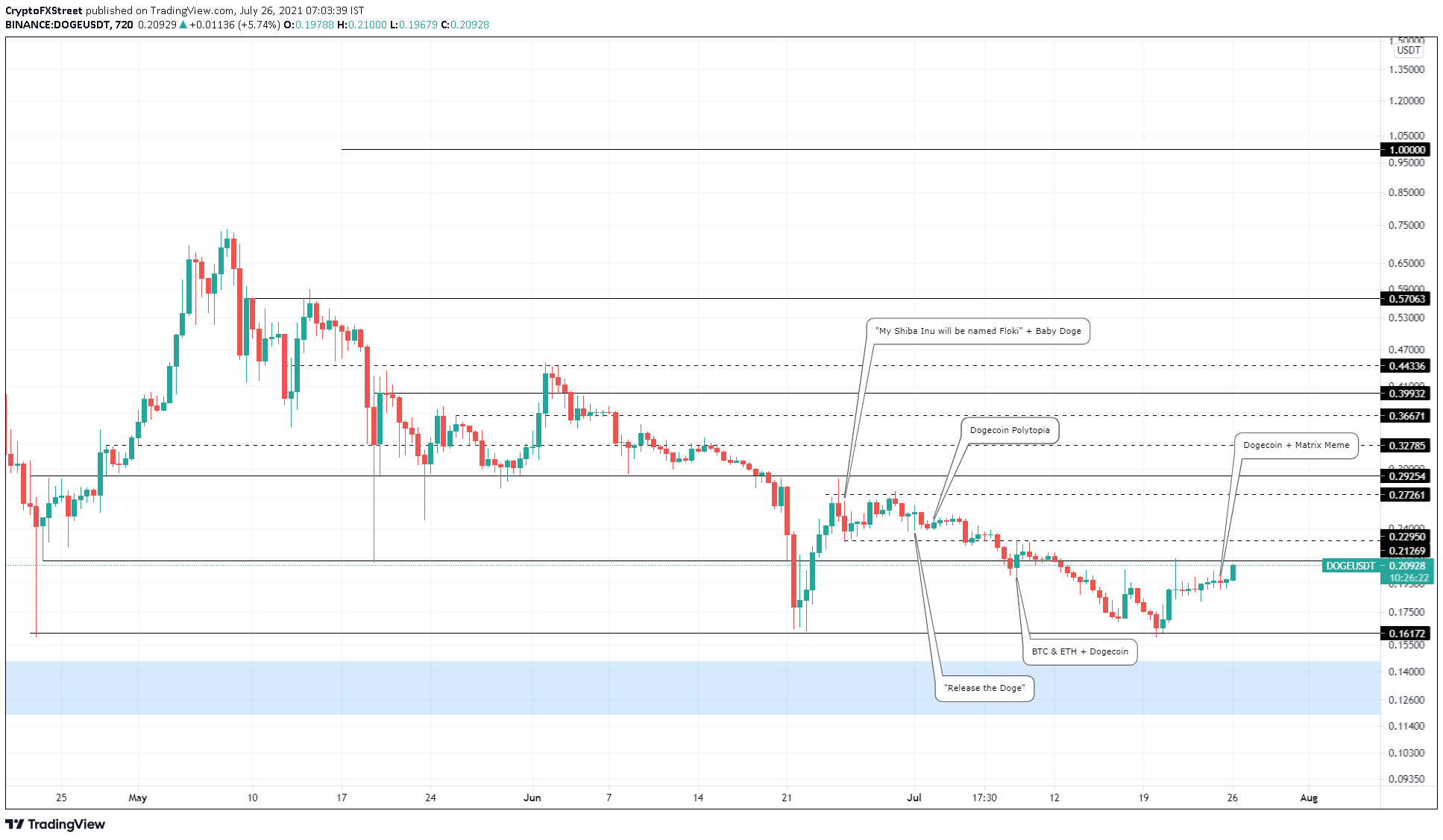 Of the five Dogecoin-related tweets Musk has tweeted over the past month, only one provided a relatively positive return.

There is merit imo to Doge maximizing base layer transaction rate & minimizing transaction cost with exchanges acting as the de facto secondary layer.

Dogecoin price saw a 6.2% return on a 12-hour candlestick the day Musk tweeted about BTC, ETH and DOGE.

Perhaps the most crucial reason for Musk’s reduced control over the markets is the lack of hype or frenzy. As Bitcoin price continued to crash from May 19, most of the retail market participants took a hiatus, which can be seen even today.

Musk’s latest tweet on Dogecoin was posted roughly 21 hours ago and did not seem to correlate with the asset’s market value.

However, the bullish nature of the cryptocurrency market right now might be playing a role in pushing the meme coin toward a critical resistance level.

After rallying roughly 34% over the past six days, Dogecoin price is currently taking a jab at the $0.213 supply barrier. A breach of this level could be key in pushing DOGE higher.

Only a decisive 12-hour candlestick close above $0.213 will confirm a breach of the said ceiling. However, a failure to do so will lead to a retracement that will allow the buyers to recuperate and prepare for the next leg up.

Here, the bulls have a chance to take Dogecoin price on another rally that could solidify its breach of $0.213. Such a move will confirm the resurgence of buyers and open up the path for another 36% uptrend to $0.293. 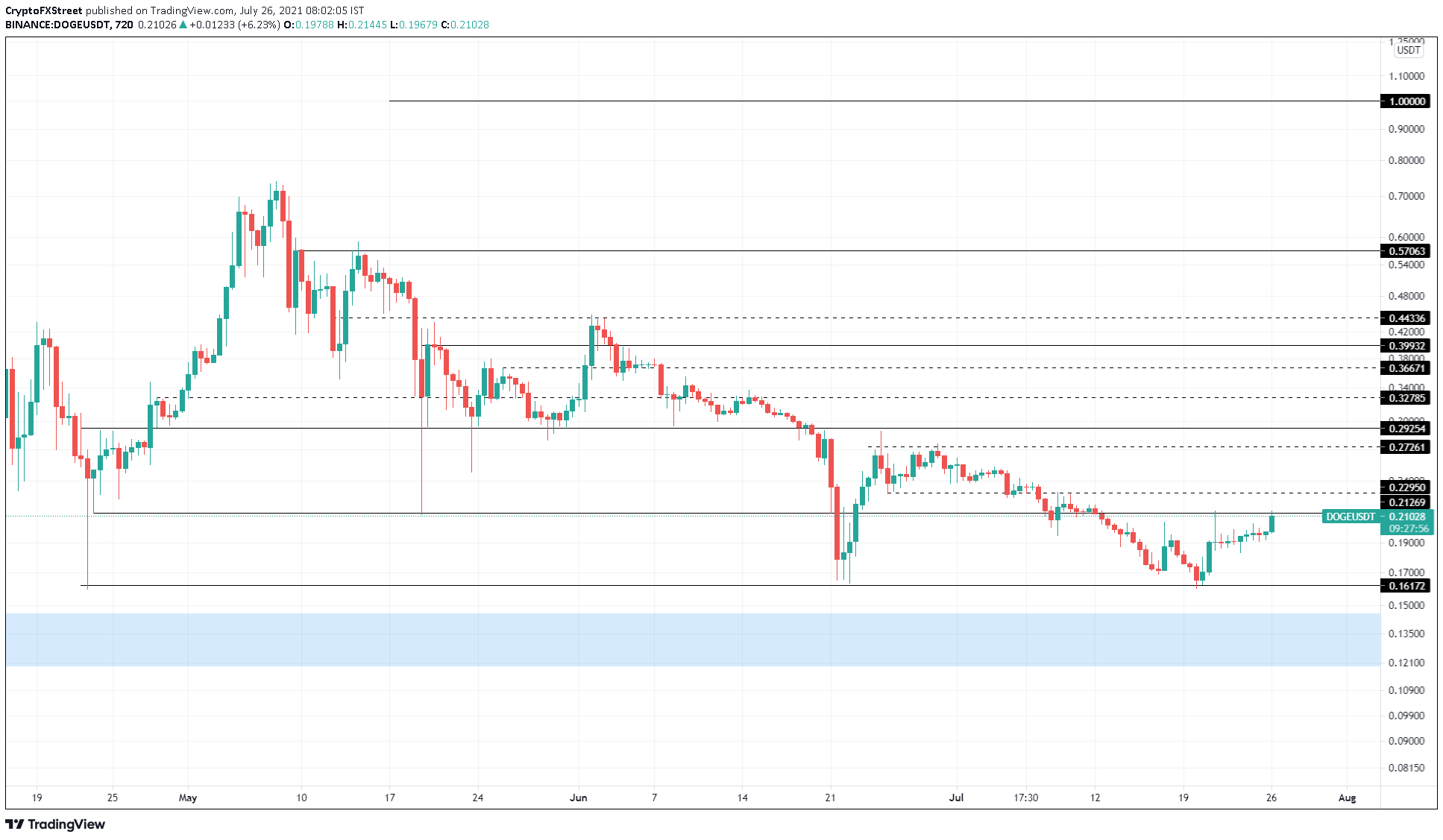 On the other hand, if the rejection at $0.213 leads to a move beyond $0.192, it will indicate weakening buying pressure. In this case, Dogecoin price might likely extend the pullback another 11% to the July 17 swing low at $0.169.

While this provides the bulls a second chance at an upswing, a breakdown of $0.162 will invalidate the bullish outlook and, in some cases, lead to a 25% sell-off to the demand zone that extends from $0.119 to $0.145.