Dogecoin (DOGE/.USD) has jumped by around 20% to $0.54 in a swift move Elon Musk, founder of Tesla and SpaceX tweeted a poll asking if his company should accept this cryptocurrency as a means of payment. It seems to have ended its consolidation.

The asset traded at around 0.444 earlier in the day, making the upswing even more dramatic. 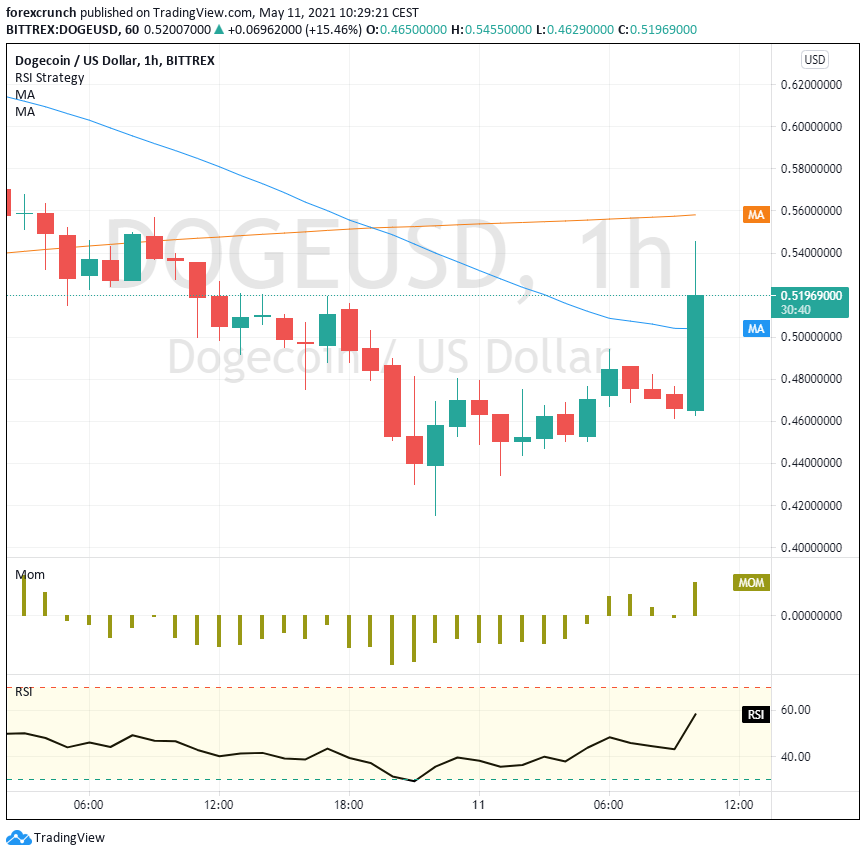 Do you want Tesla to accept Doge?

The celebrity appeared on Saturday Night Live and mentioned Doge in the opening sketch, offering it as a gift to his mother. However, when asked if this canine-themed digital asset is a hustle, Musk agreed. That resulted in a double-digit plunge for DOGE/USD over the weekend. However, he later announced this other company, SpaceX, would send a rocket called Doge-1 to the moon. Doge recovered.

Other cryptocurrencies have also benefited from the interest in Doge.