Dogecoin price is rallying while some altcoins are rallying. This development is no doubt bullish for DOGE it could also serve as a warning sign that this move could reverse quickly.

Dogecoin price gets ahead of itself

Dogecoin price seems to be taking a bullish route after bouncing off the stable support level at $0.066, which is also the volume profile’s point of control (POC) for the last 100 days. This level is the highest traded volume point, hence, functions similar to a support or resistance level.

While altcoins took a hit over the last 12 hours, DOGE seems to have absorbed the selling pressure and has reversed the trend and even rallied 5%. While this does seem bullish, investors need to pay close attention to Bitcoin, which shows a bearish bias.

Hence, this uptrend for DOGE could be a long squeeze. As mentioned in previous articles, a retracement in Dogecoin price to collect the sell-side liquidity resting below equal lows formed at $0.05 seems like a logical move.

Once the liquidity is collected, investors can flip their bias favoring bulls and ride the rally that emerges. The said uptrend is likely to push DOGE through the POC at $0.066 and the $0.078 resistance level and reaches its target at $0.11. This move, in total, would constitute a 90% gain. 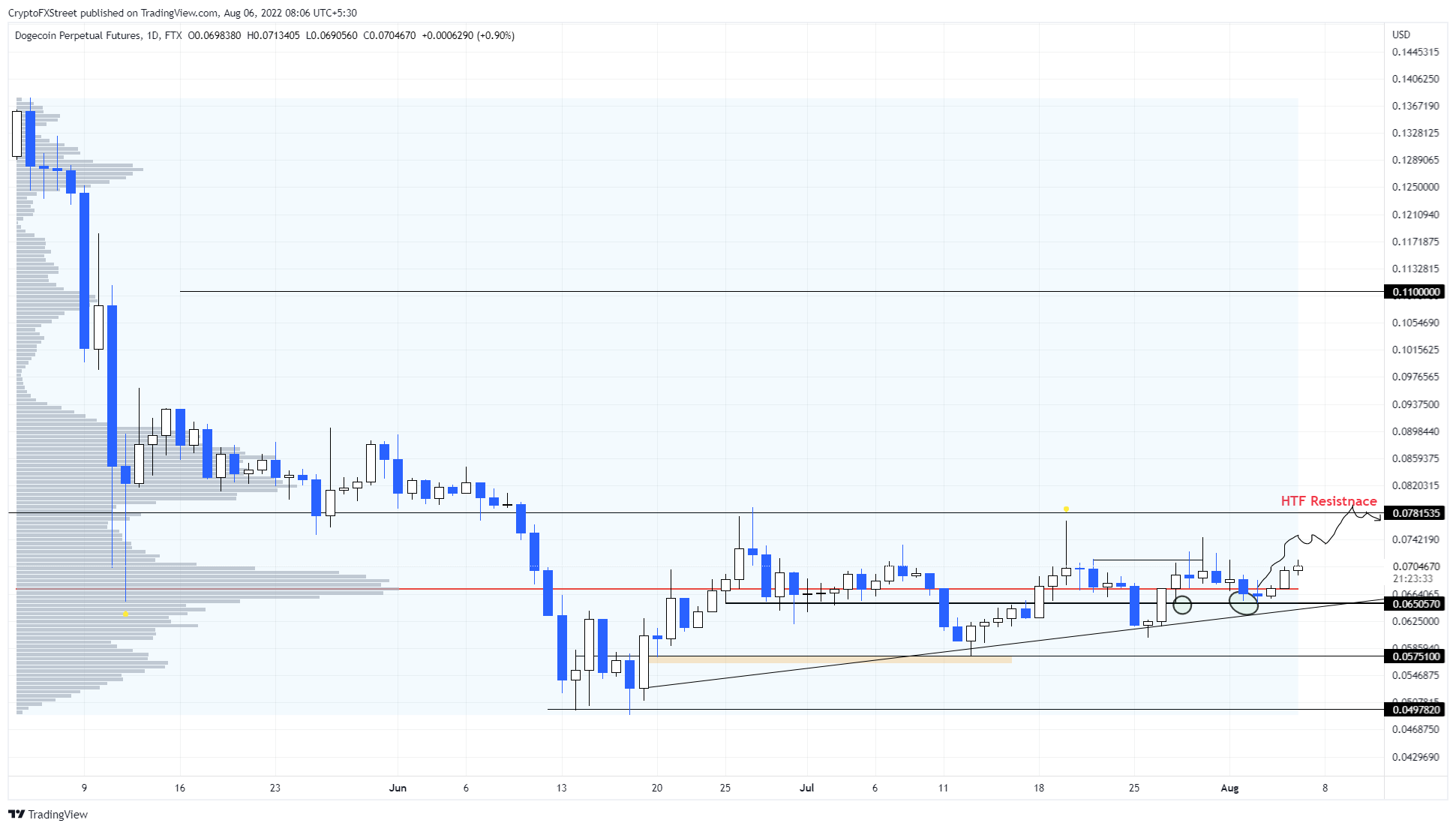 While the idea of a 90% upswing for DOGE seems appealing, investors also need to consider the invalidation thesis. If the Dogecoin price fails to react to the demand zone due to excessive selling, things could turn ugly swiftly.

A daily candlestick close below the demand zone’s lower limit at the $0.048 level, will not only invalidate the structure but also create a lower low, shifting the narrative favoring bears. This development will also put an end to the bullish thesis and could result in Dogecoin price retracement to $0.045 or $0.040 levels.