Dogecoin price action tanked on Monday, following the rest of the cryptocurrency market's massive collapse. DOGE closed Monday with an 18% loss, just slightly above the daily low that constituted 20% decline overall. But a change in direction may be coming soon.

Dogecoin price bounces off of new 2022 and YTD lows

Dogecoin price hit a major milestone in time and price. DOGE is now in a downtrend that exceeds 365 days. Today's new YTD and 2022 low represents an 87% loss from the all-time high made on May 8, 2021. However, the extremity of the current down drive has created an aggressive long setup for DOGE.

A hypothetical long entry for Dogecoin price now exists on its $0.005/3-box reversal Point and Figure chart. The setup is a buy stop order at $0.12, a stop loss at $0.105, and a profit target at $0.22. In addition, a trailing stop of two to three-box is an option and would help protect against any implied profit made post entry.

The long setup for Dogecoin price is based on a Spike Pattern. The Spike Pattern in Point and Figure is a column with fifteen or more Xs or Os. It is considered a move that has hit an extreme and is due for a strong corrective move that can often convert into a broader trend change.

The projected profit target is below the dominant bear market angle (red diagonal line). It is also the 50% Fibonacci retracement on the weekly Ichimoku chart. The hypothetical long setup represents a 6:1 reward for the risk. 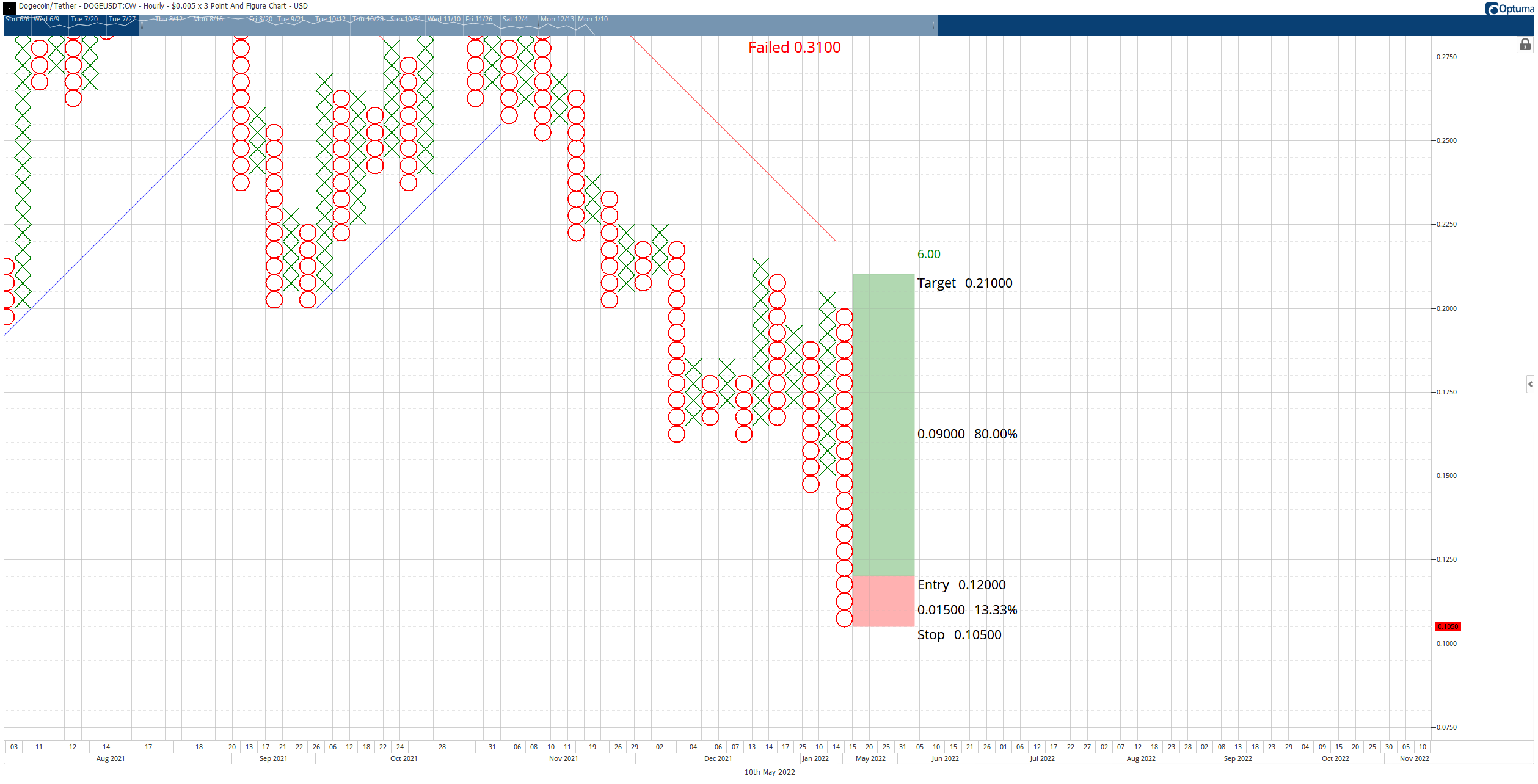 There is no invalidation point on a Spike Pattern because the entry is always on the 3-box reversal. If the current O-column moves lower, then the entry and stop loss for Dogecoin price moves in tandem with the new low. The profit target remains the same.