Dogecoin price has seen many pumps this month at the hands of manipulative traders, celebrities, and so on. For instance, Tesla’s Elon Musk continues talking about it while rapper Snoop Dogg recently tweeted “Snoop Doge,” fueling the mounting speculation around.

Although DOGE is regarded as a meme token, it may be poised for higher highs.

DOGE is consolidating in a bull pennant after surging 1,150% between January 28 and January 29. This type of technical formation is considered a continuation pattern that may lead to a significant price increase.

By measuring the flagpole’s height and adding it to the breakout point, the bull pennant forecasts a 90% target, which puts DOGE at $0.126.

A decisive 12-hour candlestick close above the pennant’s upper trans line could push Dogecoin price into another massive bull rally. 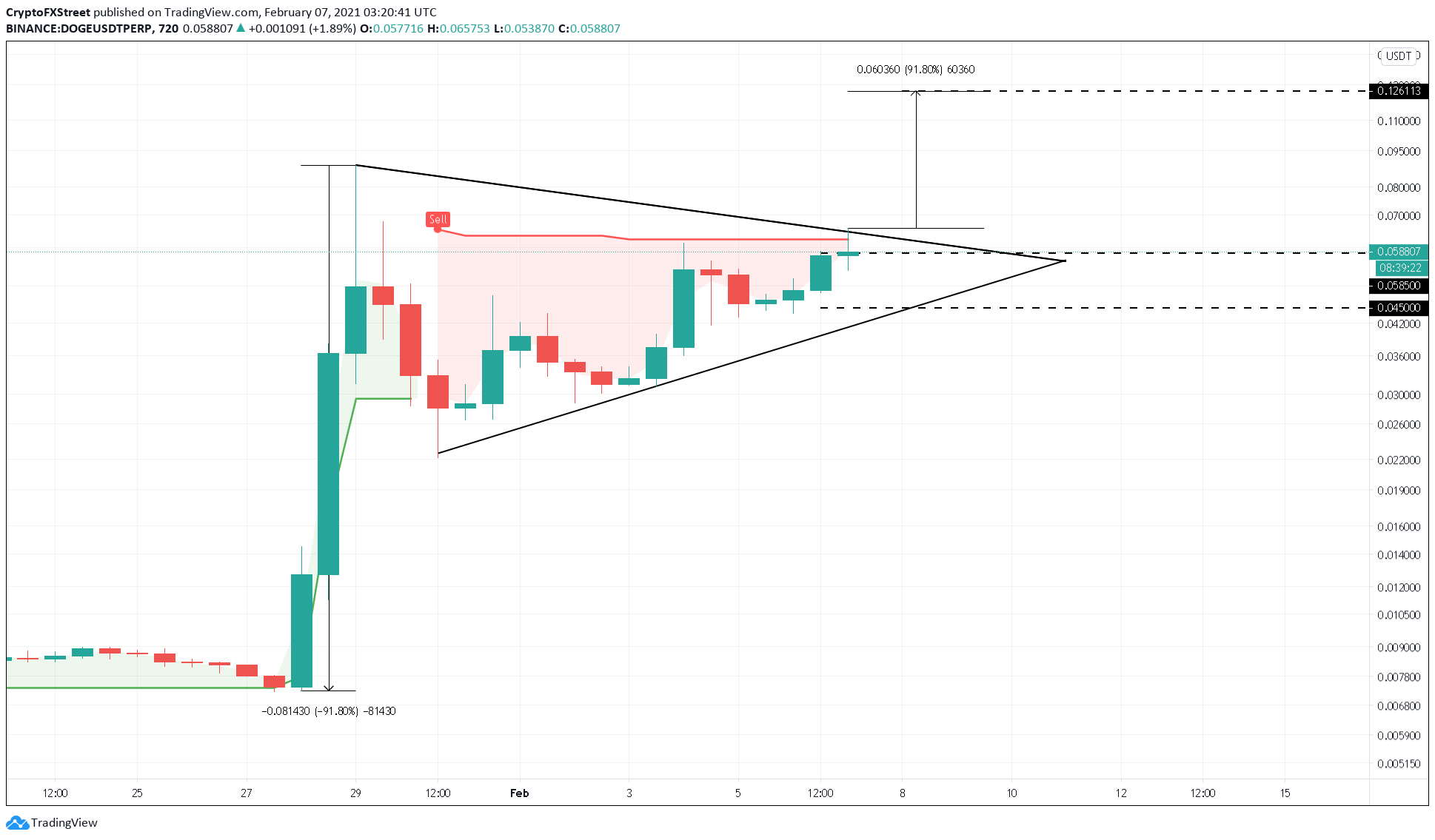 Dogecoin price will face stiff resistance at $0.058 on its way up.

According to IntoTheBlock’s In/Out of the Money Around Price (IOMAP) model, around 5,200 addresses purchased nearly 2.70 billion DOGE around this price level. Thus, this cryptocurrency’s ascent will not be a cakewalk. Only a decisive close above the $0.058 level is crucial for starting a new uptrend to $0.125.

Despite the high probability of further price appreciation, Dogecoin is not a stranger to manipulation. A sudden spike in selling pressure should not come as a surprise any more than a pump would.

Slicing through the $0.045 support level could be catastrophic as a significant number of holders will be forced to sell their tokens to avoid substantial losses. If this were to happen, Dogecoin price might retrace all the way down to $0.0090.

LUNA price has been consolidating tightly since June 30, after undoing the gains seen over the previous week. This small range, suggests that an explosive move is around the corner, although the direction of a breakout remains to be seen.

Following the resignation Saturday of Argentina's economy minister Martin Guzmán amid an economic crisis, Argentines purchased between two and three times as many stablecoins as they do on a typical weekend, crypto companies in the country told CoinDesk.