Dogecoin price stabilizes along the April 16 high with consecutive inside days, creating the foundation for an explosive restart for the rally moving forward.

In six to eight weeks, Coinbase will list DOGE as part of a larger plan to “accelerate asset addition in the future,” according to CEO Brian Armstrong. Albeit somewhat late, the decision offers a new opportunity for existing DOGE holders due to the ‘Coinbase Effect.’

The ‘Coinbase Effect’ has been researched and reported by numerous firms. Still, the cryptocurrency analysis firm Messari conducted a new study investigating the price gains of digital tokens on Coinbase during their first five days of trading and compared it to other market venues like Binance, Kraken and FTX.

Messari discovered that “Coinbase listings have the highest average return standing at 91%, but also have the widest distribution of ranging from -32% to 645%,” according to Messari analyst Roberto Talamas. To create a realistic data set, Messari removed outlier returns that were too extreme. After removing the outliers, the firm found that Coinbase still had the highest post-listing price response compared to other major exchanges. 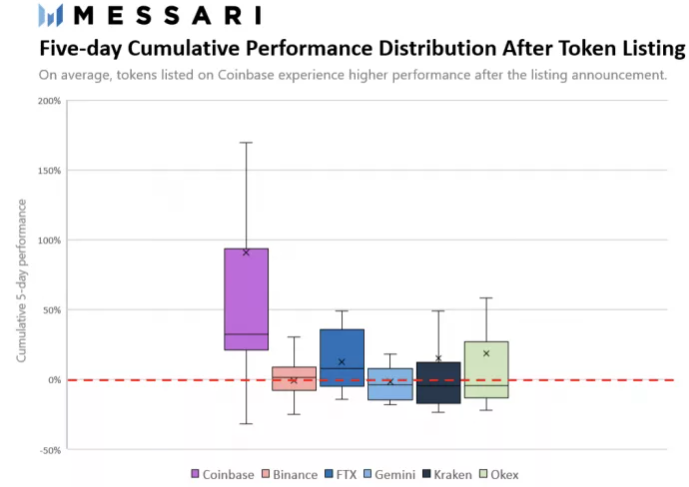 Elon Musk has had an outsized impact on the fortunes of DOGE founders and starry-eyed investors. The resulting mass euphoria and general social media interest have convinced Coinbase to list DOGE in the next six to eight weeks. If historical precedent follows, current investors and new investors will be enjoying healthy gains during the first five days after the Coinbase listing.

On May 10, Dogecoin price generated a sell signal with a daily close below the April 16 high of $0.470 and raised the probability of a more profound decline, potentially to the 50-day SMA at $0.231. However, on May 13, with one tweet Elon Musk reversed the outlook by stating he was working with DOGE developers to enhance system transaction efficiency. The result was an 80% gain over two days.

Currently, Dogecoin price is working on a second consecutive inside day, confirming that there is no discernable interest to buy or sell at this point. The indecision is occurring at the pivotal April high, but it does not signify that the new rally attempt has failed. Periods of price compression always resolve into significant price moves, and the tendency is to move with the more dominant trend, which is higher.

A resolution to the upside needs a daily close above $0.604 to confirm the rally. A successful close leaves Dogecoin price free to test the stubborn topside trend line currently at $0.887, delivering a 48% gain from $0.604.

If FOMO hits the market, Dogecoin price should overcome the trend line resistance and advance to the critical $1.00 and possibly to the 161.8% Fibonacci extension of the May decline at $1.022, delivering a 100% gain from price at the time of writing. 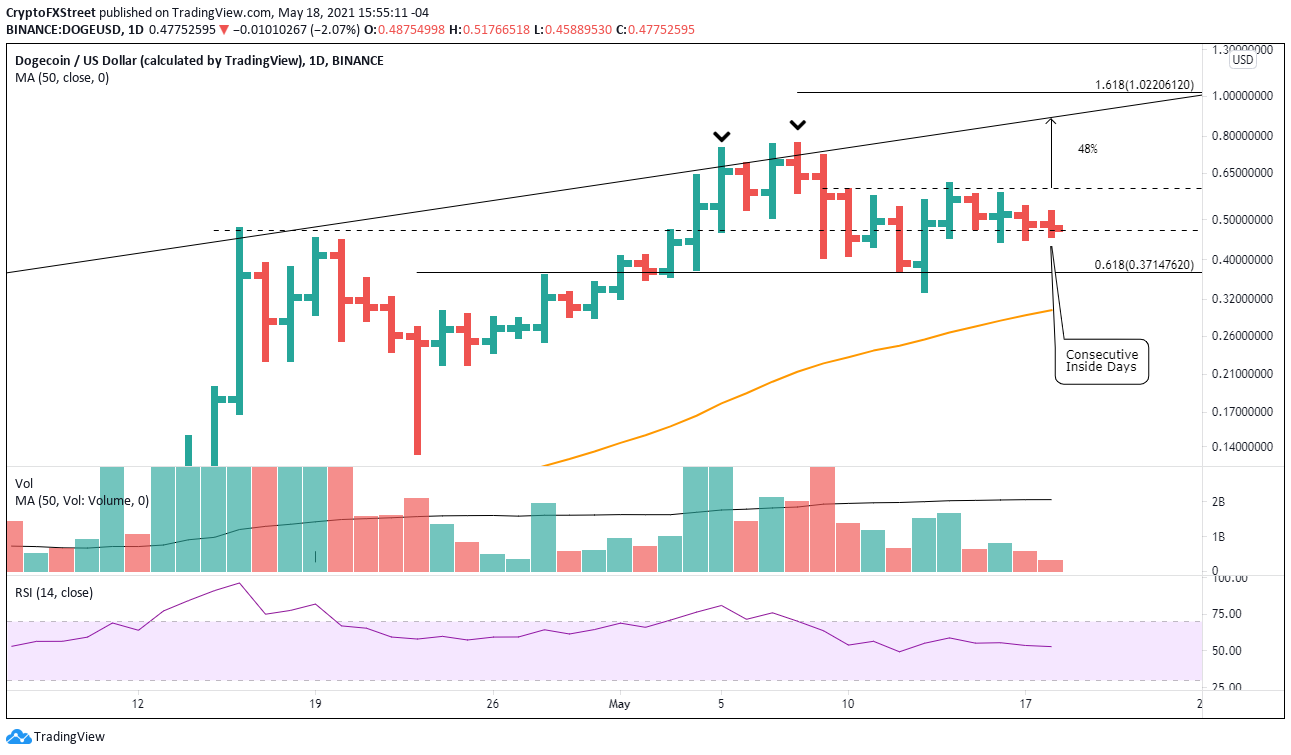 A break below $0.371 puts DOGE investors in a vulnerable position with no credible support until the 50-day SMA at $0.301.