Dogecoin price ignited on May 13 following a subtle tweet from Elon Musk where he announced that he had begun working with DOGE developers to enhance system transaction efficiency. The sizeable rebound is only sustainable if it can rally beyond $0.597.

Before the Musk-inspired rally on May 13, Dogecoin price had been drifting in a descending channel on the 4-hour chart following two failed attempts to overcome the topside trend line originating at the January 29 high and running through the April 16 high at $0.453.

During the channel decline, DOGE identified support at the convergence of the 61.8% Fibonacci retracement of the rally beginning on April 22 at $0.371 with the 200 four-hour simple moving average (SMA) at $0.339. It was a bullish prelude to the Musk announcement.

Currently, Dogecoin price is trading slightly below $0.597, a significant level that will confirm the bullish intentions of DOGE. A successful breakthrough leaves DOGE ready to race to the 138.2% extension of the April decline at $0.711. The level will be challenging because it created resistance on May 5 and May 7.

If FOMO enters the market, Dogecoin price should overcome the resistance and rally to the 161.8% extension of the April decline at $0.940 and potentially to the psychologically important $1.00, representing a 90% gain from price at the time of writing. 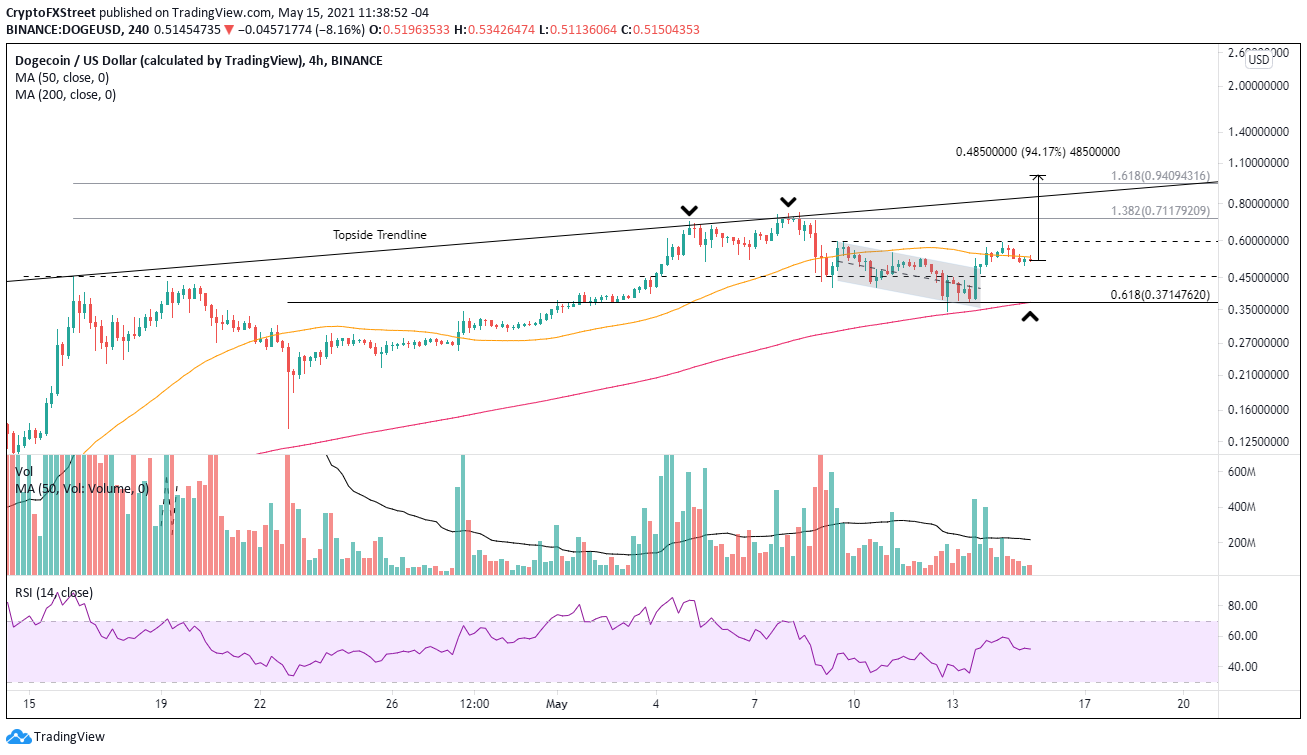 A decline below the April 16 high at $0.453 will raise the odds that Dogecoin price shapes a more complex bottom at best or has effectively printed an important high on May 8. To confirm a bearish outlook for Dogecoin price, the altcoin needs to decline below the firm support of $0.371, the intersection of the 61.8% retracement and the 200 four-hour moving average.

A breakdown below $0.371 places DOGE investors in a vulnerable position with no credible support until $0.138.