Dogecoin has been trending ever since the ‘Reddit Rebellion’ was picked up by mainstream media. Telegrams groups and celebrities have done their fair share of promoting the coin, adding fuel to the mounting speculation around it.

Now that the meme coin is more valuable than a few promising DeFi projects, renowned technical analysts believe that a market top is near.

Dogecoin investors could ‘go out of this poorer’

Mike Novogratz, CEO of Galaxy Digital,  believes that market participants have grown overwhelmingly bullish about Dogecoin just as they did about GameStop. But since this cryptocurrency does not have a real utility, Novogratz said that its price is bound to retrace all the gains it has incurred recently when the hype fades away.

Scott Melker, a popular technical analyst, seems to agree with Novogratz. Melker warned traders that it was a delusion to think DOGE would continue rising towards higher highs with the lack of fundamentals behind this project.

Therefore, the current price action could be part of a coordinated “pump and dump” scheme where many investors are going to “go out of this poorer,” affirmed DonAlt.

Dogecoin price history shows that this is entirely possible. In fact, each time DOGE has seen its market value skyrocket against Bitcoin over the past six years a massive correction tends to follow. 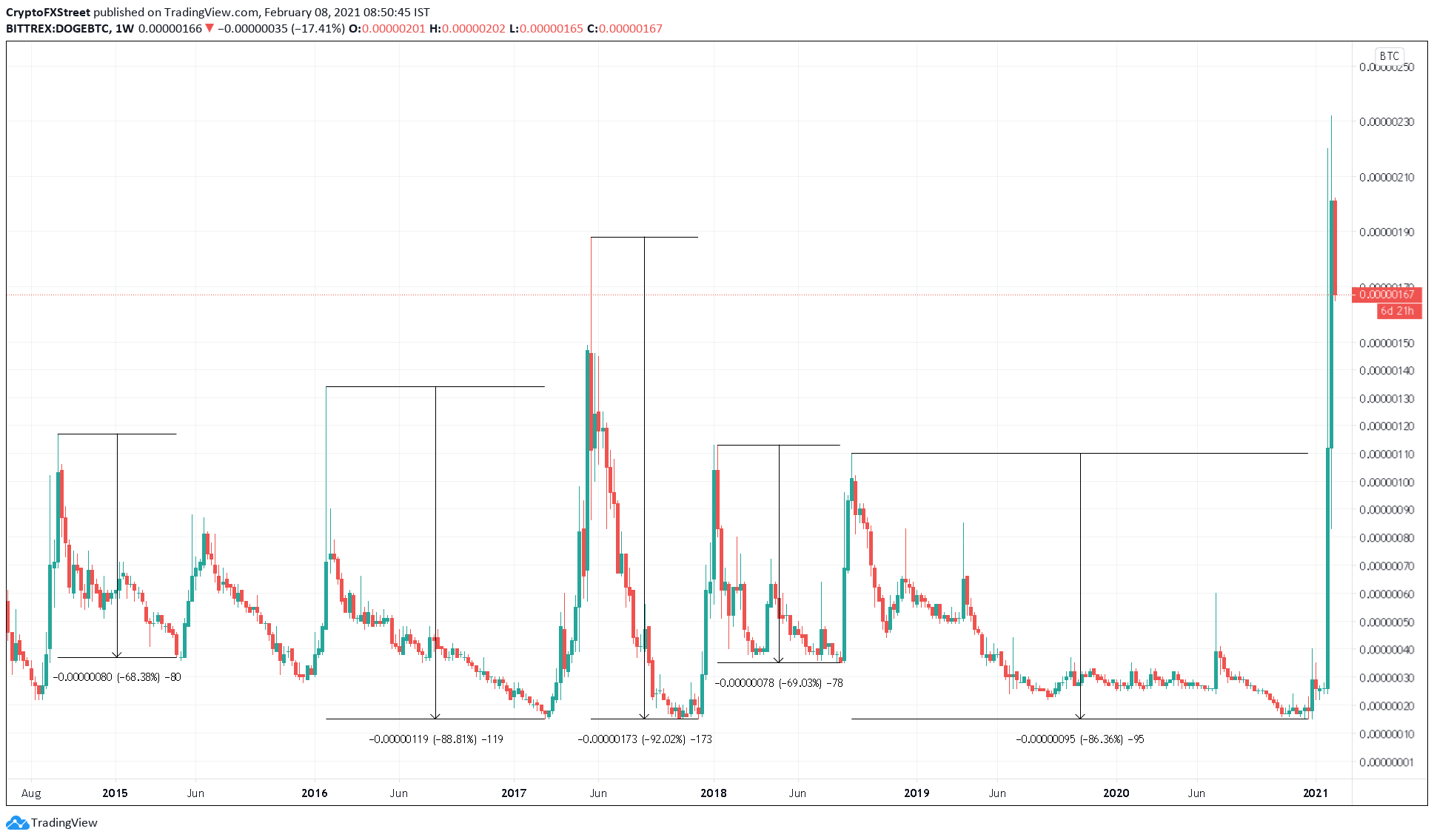 Assuming that Dogecoin price follows a similar trend than in the past, the 1,000% bull rally seen recently in the DOGE/BTC trading pair might fully retrace to levels last seen in mid-2020.

DOGE price against the U.S. dollar hints at another rally

Despite the skepticism around Dogecoin price, the DOGE/USD pair recently broke out of a bull pennant. This technical formation forecasts that DOGE is primed to rise towards $0.10. 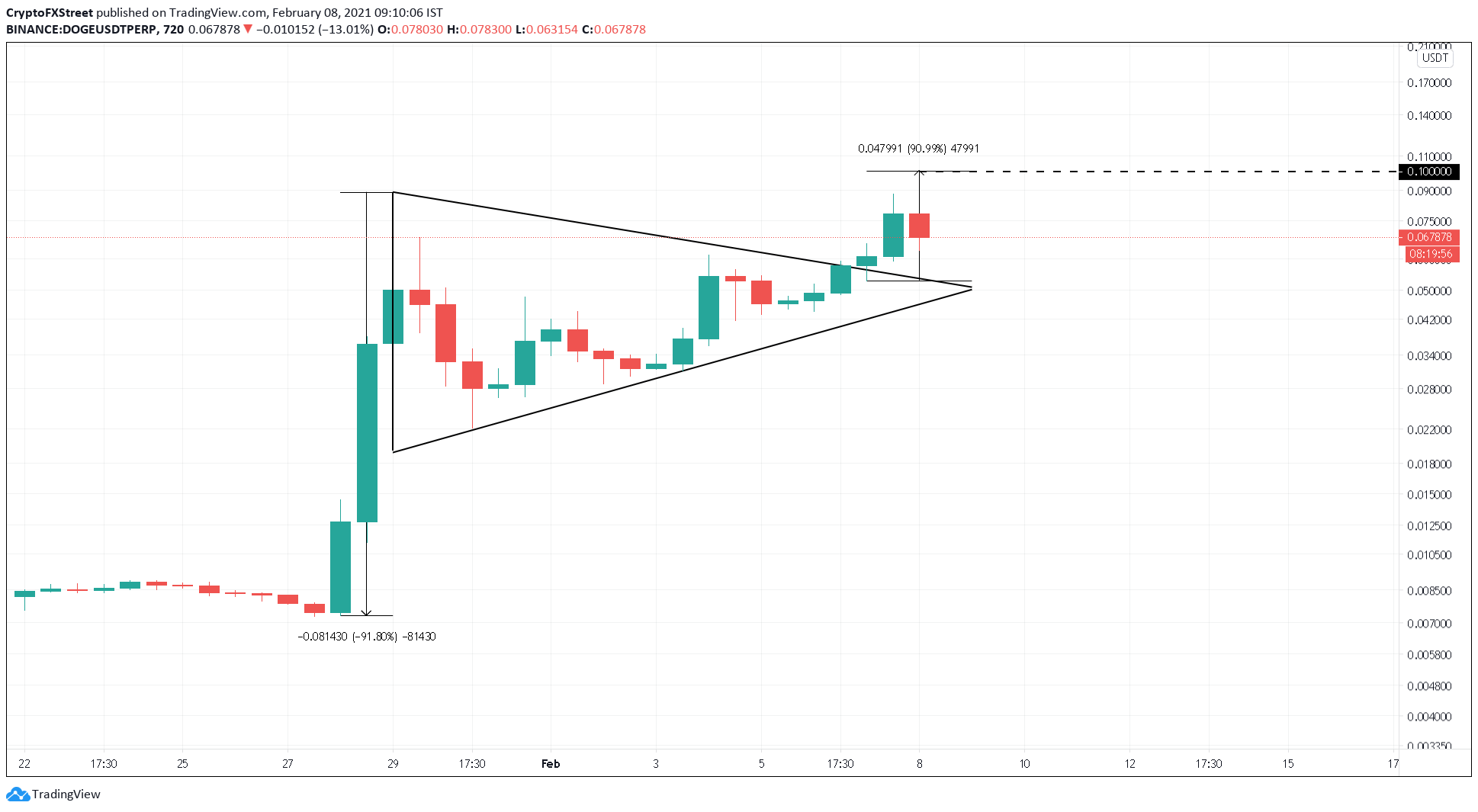 Such a bullish target derives from measuring the height of the flagpole and adding it to the breakout point.