DOGE reached a high of 0.00478 in July 2020 and has been on a downward trajectory since then. The price has currently reached 0.0026 and is going through a consolidation period. This is indicated by the Bollinger Bands, which have started squeezing. 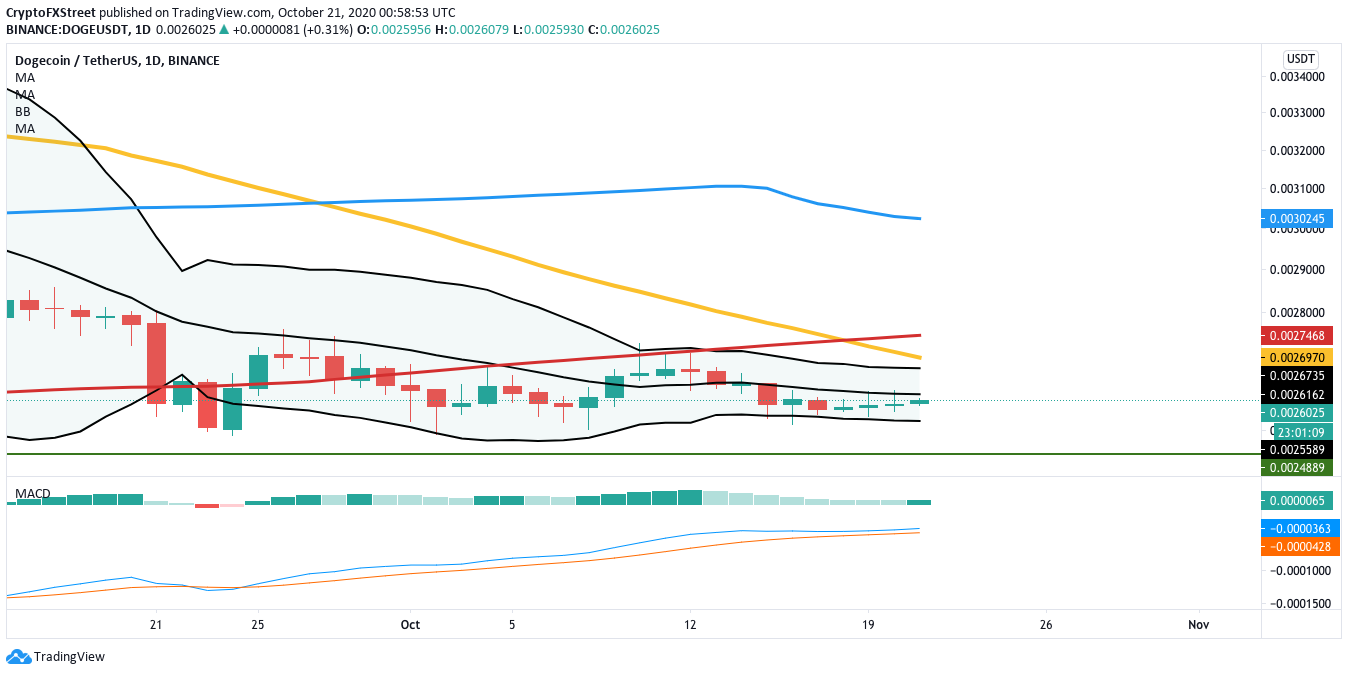 As per the IOMAP, DOGE/USD faces significant resistance at the 50-day SMA ($0.0027). Previously, at this level, 107,500 addresses had purchased 10 billion DOGE tokens. There is a lack of healthy support levels on the downside, so any downward movement could be borderline catastrophic.

However, two things show that the eventual market breakout is going to be bullish. Firstly the MACD indicates that the market momentum is buyer-friendly. Secondly, the weekly chart has flashed a buy signal, so upward movement is eventually expected.

The Flipside: Can the bears take control

If the price experiences a bearish breakout, it will probably drop till the $0.0025 support line. As per the IOMAP, any break below this level will probably take the price below $0.0022. This is further corroborated by the weekly chart, which shows strong support at the 50-bar SMA ($0.0025) and $0.0022.

Crypto.com token has been trading close to a crucial support level for nearly ten days. This consolidation seems to have set up a bottom reversal pattern, suggesting that a trend change is likely for CRO.

Decentraland bulls deep fish for an entry-level before the breakout

Decentraland (MANA) is not starting the year on a high note. For most of January, price action has been trading sideways to lower, and it does not look like current levels are the ones where investors are interested.

Chainlink (LINK) price action looked to be flying high at the start of 2022, but a crash is unfolding this week that is seriously hurting investors in Chainlink.

Olympus OHM has crashed by 91% from its all-time high

Experts believe a prominent wallet investor triggered a cascade of liquidations in the Olympus DAO protocol’s native token. The sell-off has triggered a 40% drop in Olympus price over the past week.