LINK price currently sits at $52 at the time of writing, having gained over 9% in the past 24 hours, climbing over 30% in the past week. The cryptocurrency continues on in price discovery mode as it inches towards Chainlink 2.0.

If Chainlink price breaks out of the parallel channel to the upside at above $54, LINK could rally further. By drawing a parallel channel adjacent to the existing trend lines, a target of $92 can be seen if LINK continues to gain strength. 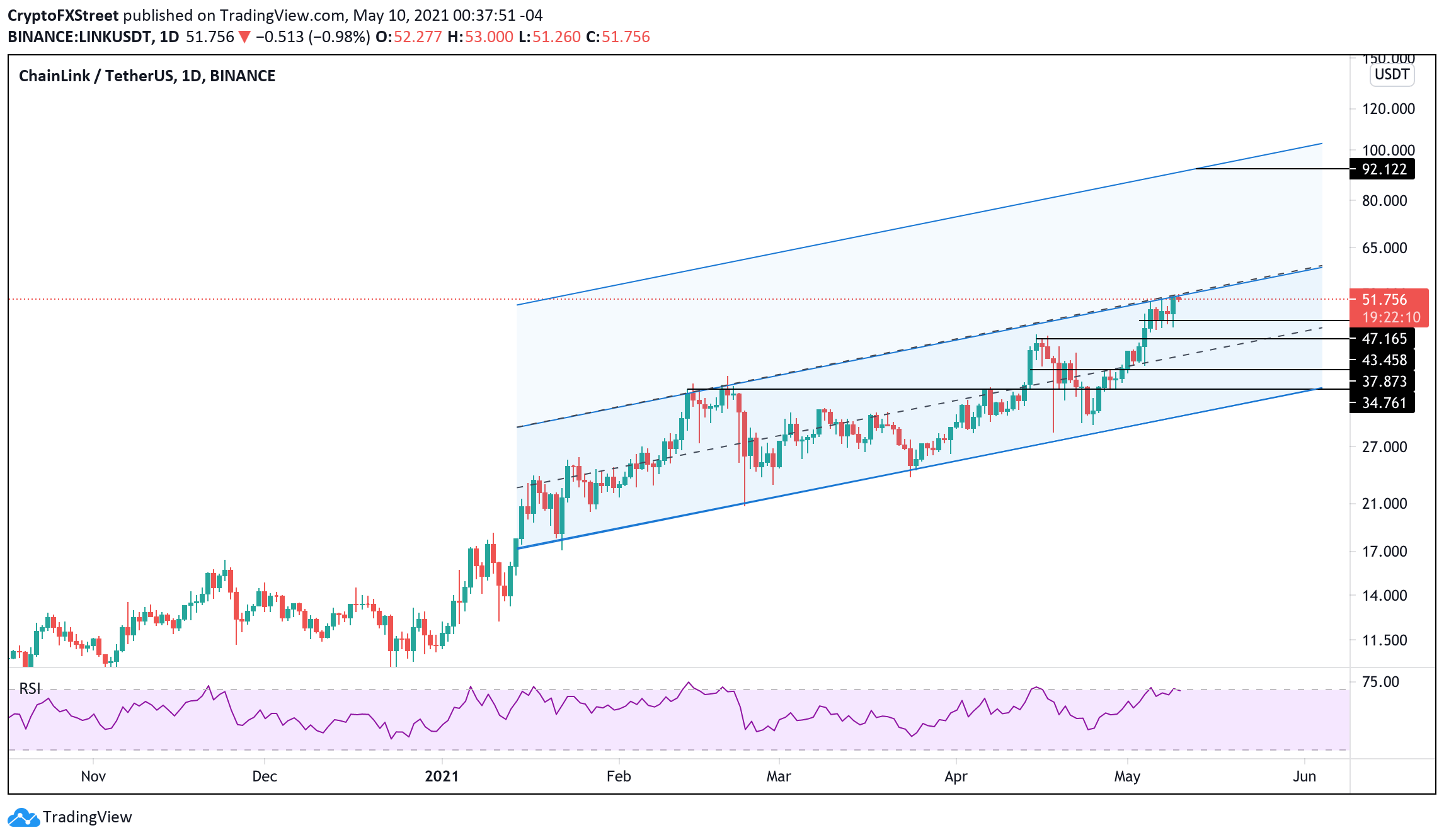 However, if Chainlink price were to consolidate, the first line of defense according is at $47.17, and if it were to lose further momentum, the next support level could be found at around $43.46.

LINK could retrace due to incoming selling pressure

Coinciding with the support levels seen in the technical analysis, IntoTheBlock’s In/Out of the Money Around Price (IOMAP) on Chainlink has shown that the most significant level that could hold a potential correction is at around $48.89, where 10,360 addresses previously purchased over 12.4 million LINK.

If the token’s price were to fall further, the IOMAP data indicates the next line of defense for the oracle cryptocurrency to be at around $47.58, coinciding with the aforementioned line of defense.

Further, Chainlink could be at risk of a correction as the 365-day MVRV ratio, which measures the average profit and loss of addresses holding LINK tokens show that most holders are at a profit of around 114%.

Based on on-chain history, Chainlink’s corrections have correlated with the MVRV ratio spiking up above 106%. The last time LINK faced a steep plunge was in mid-April where the cryptocurrency dropped around 32% when the MVRV ratio reached 106.39% and was faced with massive selling pressure.