Chainlink price has stayed in a lull despite other altcoins continuing to rally. However, such a low volatile, choppy phase might be over for LINK as it looks to surge to a crucial resistance level.

Chainlink price has seen a considerable choppy movement as it tried finding a bottom after the first crash. However, the bears triumphed, pushing LINK to a new low. Here, buyers accumulated the oracle token, catapulting it 13% to retest the immediate swing highs.

Now, LINK is at crossroads and needs to decide on a direction. If the swing lows get taken out, the oracle token will see a 10% ascent to the 50% Fibonacci retracement level at $38.98. If it fails, it could revisit the demand zone that extends from $31.49 to $32.70.

Supporting the corrective scenario is the Momentum Reversal Indicator (MRI), which has flashed a cycle top signal in the form of a red ‘one’ candlestick on the 4-hour chart. This setup forecasts a one-to-four candlestick correction.

Adding to the short-term bearish outlook is the 50 and 100 Simple Moving Averages (SMA) at $36.32 and $35.40, acting as resistance levels along with the MRI’s breakout line at $36.46. Hence, Chainlink price could retrace anywhere between 6% to 10%, which is within the area of support mentioned above.

Despite the pessimistic bias, this correction is expected to be ephemeral. So a bounce from the immediate demand barrier seems logical. Hence, investors can expect LINK to spike 16% to $38.98. 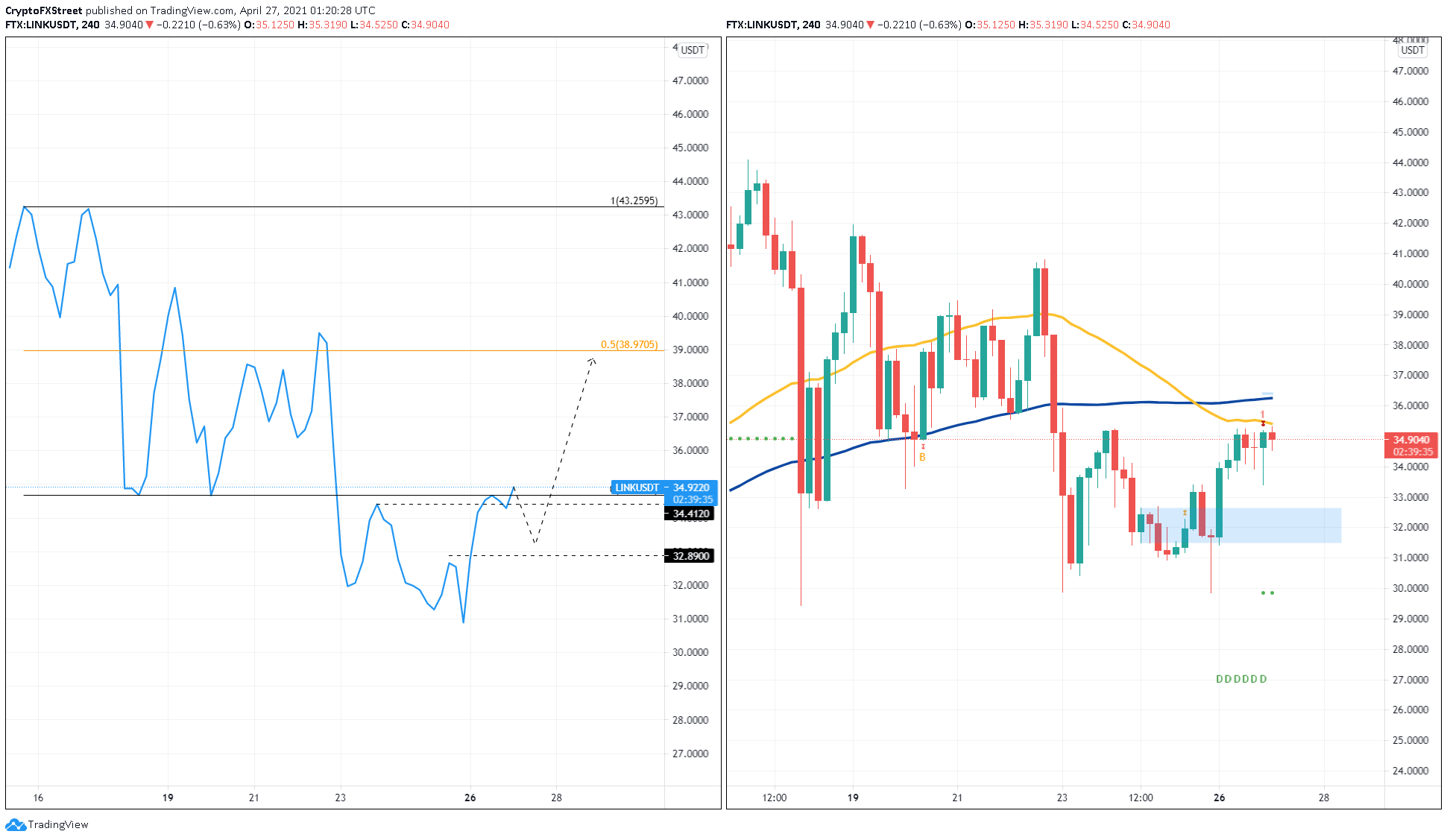 Invalidation of the bullish outlook could occur if the demand barrier fails to support the short-term correction in Chainlink price. A solid candlestick close below $30.95 will confirm this.

In such a case, market participants can look to $28.96 to support the resulting sell-off.