Chainlink price action sent bulls and bears into a tails spin during the Wednesday trading session. After hitting new five-month highs, Chainlink gave up most of the double-digit percentage gains. The drop was a perfect combination of technicals leading fundamentals.

Chainlink price was perfectly positioned for Wednesday’s drop. The high of the day hit right on a confluence zone of resistance levels. The bottom of a primary bear flag channel from June has been the primary stopping point restricting most of Chainlink’s various attempts to make new all-time highs. At the same price level, the 100% Fibonacci expansion contributed to the resistance.

So when news came out regarding China’s Evergrande defaulting on some of its bonds, the selling of risk-on assets like cryptocurrencies happened quickly.

The oscillators on Chainlink’s daily Ichimoku chart show surprisingly neutral conditions. Because Chainlink price is currently trading below the Tenkan-Sen, the following primary support level is the Kijun-Sen at $31. A move to test the Kijun-Sen as support would position the Relative Strength Index on the first oversold level of 50. At the same time, the Optex Bands would be close to the lower extremes. 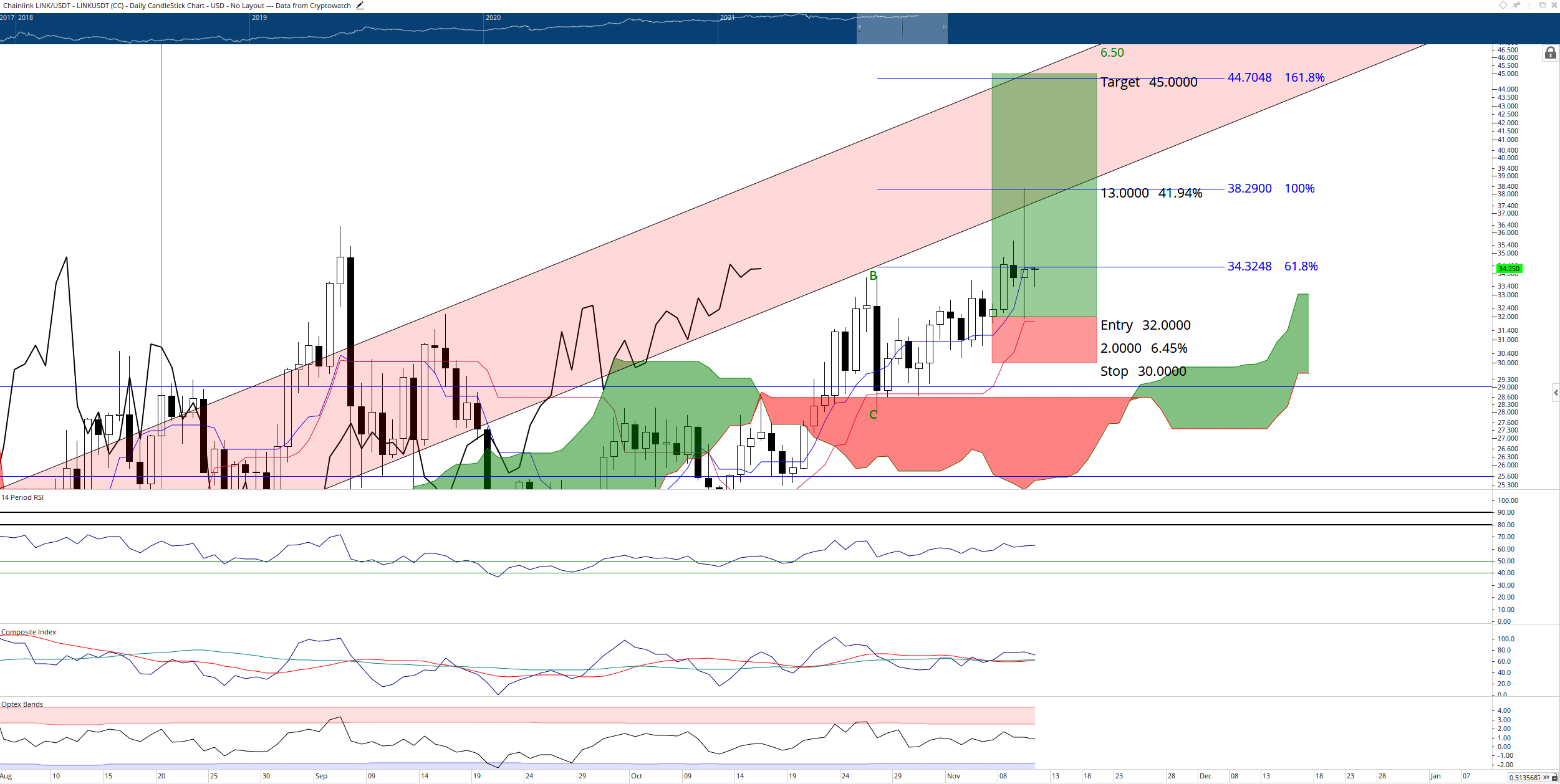 A hypothetical long entry for Chainlink price would be a buy limit order slightly above the Kijun-Sen at $32, with a stop loss at $30 and a profit target at $45. $45 is the top of the bear channel and the 161.8% Fibonacci expansion. A $0.25 trailing stop would help protect any implied profits on the long trade idea.