Cardano adoption sees a new shift as the research and development company behind ADA, IOHK, revealed a new partnership. However, ADA price fails to perform as it hints at a correction shortly.

Earlier today, IOHK notified the public that it was partnering with the Ethiopian government to implement a national blockchain-based, student-teacher ID and attainment recording system.

This solution can be used to digitally verify grades, remotely monitor school performance, and boost education and employment nationwide.

We’ll deliver this using our identity solution – Atala PRISM, built on Cardano – which will enable authorities to create tamper-proof records of educational performance across 3,500 schools, 5 million students, and 750,000 teachers to pinpoint the locations and causes of educational under-achievement and allocate educational resources effectively.

Cardano blockchain development has increased rapidly over the past year. This progress has not only caused ADA price to catapult but also help increase its collaborations.

IOHK further added that it is in talks with two other multi-million user applications, hinting that more partnerships are likely heading toward Cardano.

ADA price recently sliced through the 50% Fibonacci retracement level at $1.26 but is heading back lower due to bullish exhaustion. Adding credence to this down move is the Momentum Reversal Indicator’s (MRI), which flashed a red ‘one’ candlestick on the 6-hour chart. This cycle top signal forecasts a one-to-four candlestick correction.

Considering that the demand zone for Cardano ranges from $1.02 to $1.13, a minor correction seems likely. Investors can expect a bounce from within this zone to extend to the local swing top at $1.48. 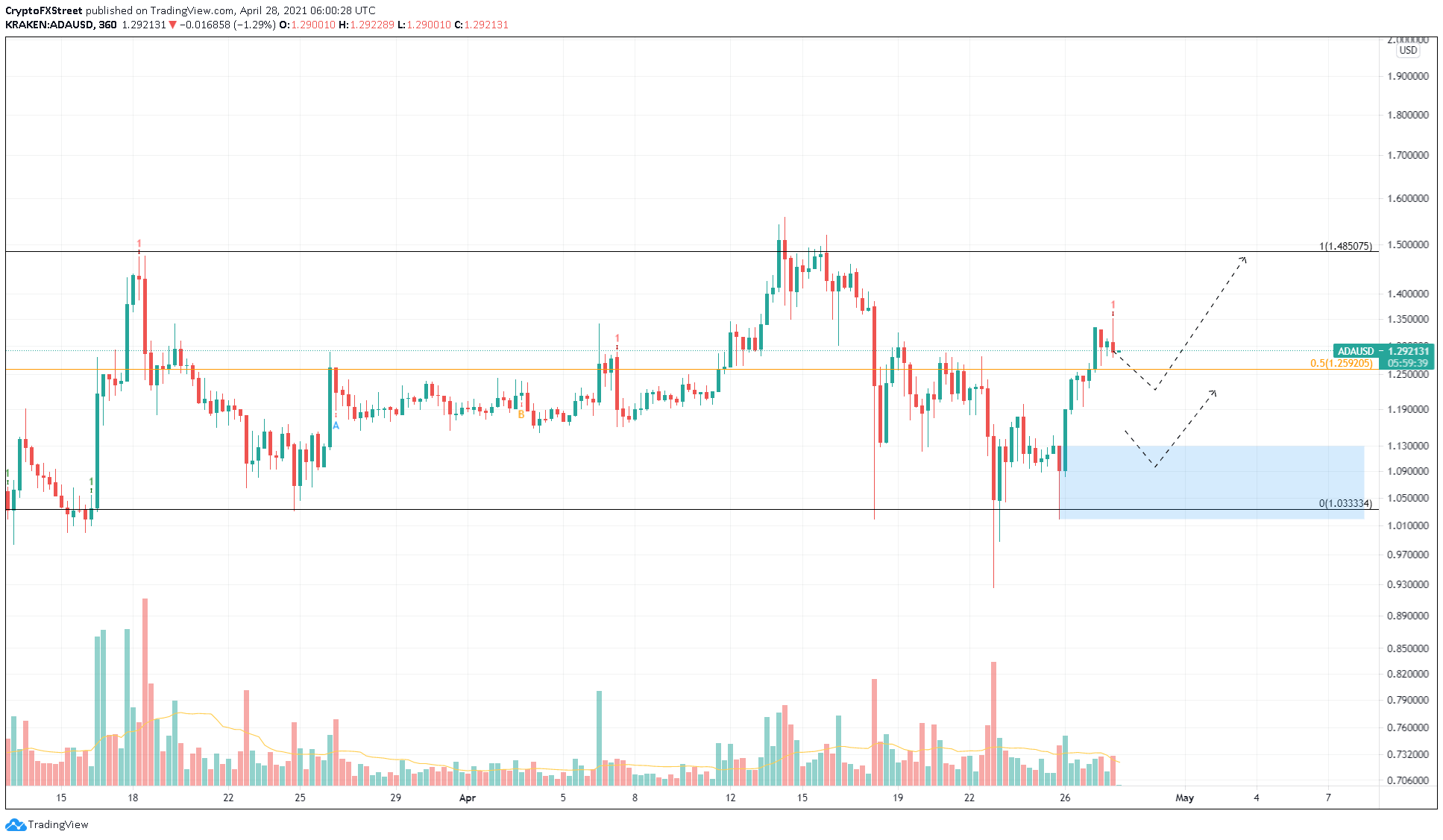 If the buyers fail to cushion the price in the said demand zone and cause a breakdown of the $0.99 level, it will invalidate the bullish thesis.