Charles Hoskinson, the creator of Cardano has announced changes in IOHK’s plans for the Vasil hard fork in response to the LUNA crash. Hoskinson told the Cardano community that the de-peg and decline of Terraform Lab’s sister tokens LUNC (previously known as LUNA) and TerraUSD (UST) have prompted developers to be more careful in implementing future upgrades.

Also read: There is still hope for Cardano price after 88% nosedive from all-time high

In a recent YouTube video, Charles Hoskinson, co-founder of Input Output HongKong (IOHK), the developers of Cardano shared a key update with the ADA community. Hoskinson said developers have taken note of the colossal crash of sister tokens LUNC (previously LUNA) and UST and implemented few changes in the upcoming Vasil hard fork.

Developers are more cautious than before, in the implementation of the hard fork combinator to the Cardano chain. Hoskinson was quoted as saying:

Our engineers are deep in the weeds right now and working real hard on Vasil. A massive amount to do, a huge amount of testing to do. After the collapse of LUNA, we decided to add an additional test harness to what we’re doing and think really carefully about some things. It’s taking a bit more time but we figured that the abundance of caution is well rewarded these days.

The Vasil hard fork is a key milestone for the Cardano blockchain, the event is expected to boost Cardano network’s scalability and increase the functionality of Plutus, the smart contract platform.

Cardano is the most popular altcoin in bear market

According to data from a recent survey by LondonRealTV, Ethereum-killer ADA is the most widely held cryptocurrency in the recent bear market. 80% of the survey participants picked Cardano’s native coin ADA to hold, in a bear market. Bitcoin and Ethereum received 11% and 5% votes respectively.

Proponents believe Cardano has outperformed its peers as the community looks forward to two key events - Vasil hard fork and Hydra upgrade. The upcoming upgrades are expected to boost the utility and scalability of the Cardano blockchain. Cardano is therefore considered an altcoin that has the potential to offer gains in a bear market.

Crypto analysts at CFDtrading have evaluated the Cardano price trend and identified a strong trend on the daily chart, 100-day timeframe. The moving averages reveal a bearish trend as the 20, 50, 100 and 200-day MAs are in a bearish alignment.

There is a divergence between Cardano price and RSI, implying the possibility of a trend reversal and a rally in the altcoin. 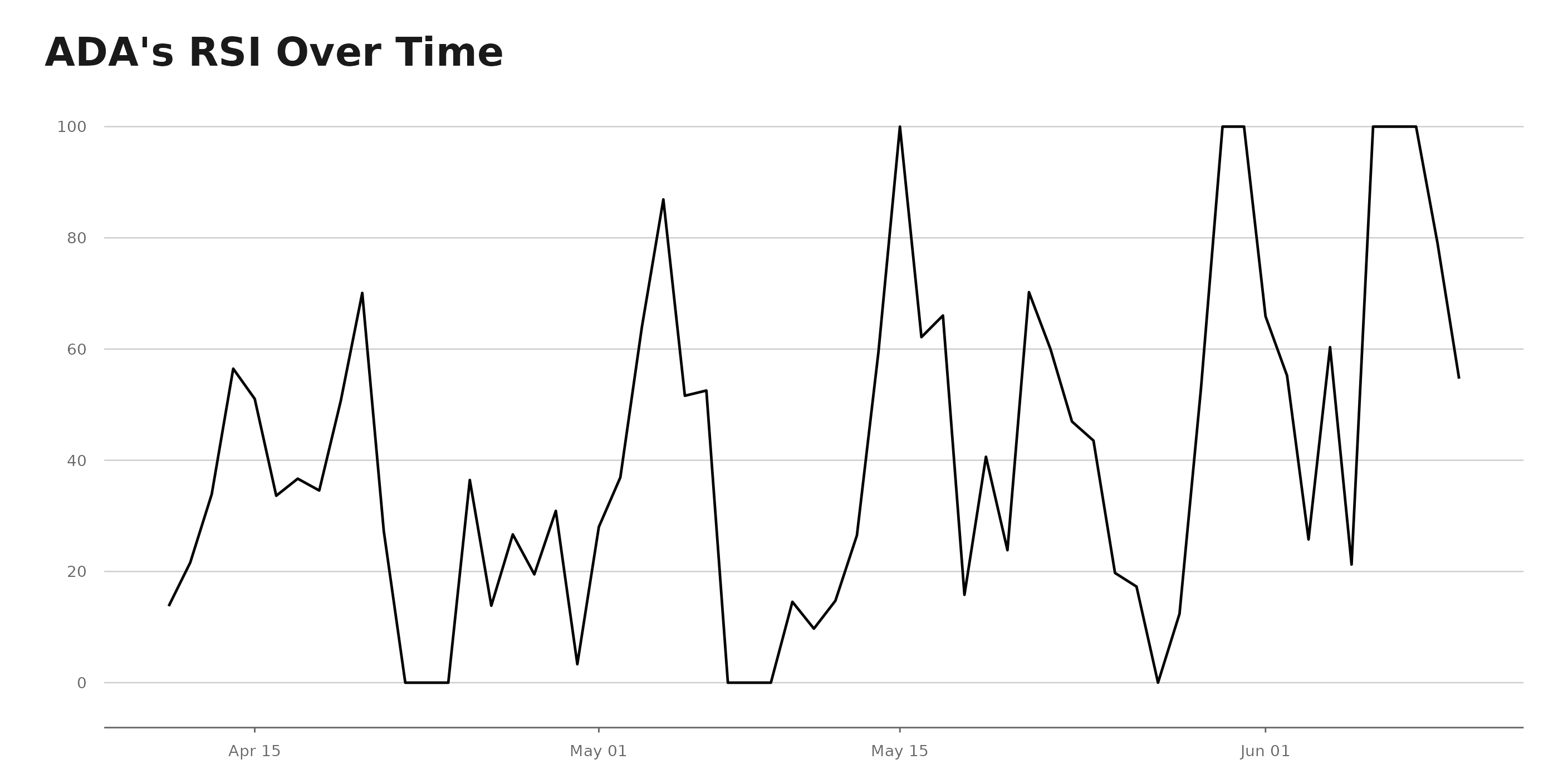 The 4-hour price chart shows a correction and bears continuing to dominate Cardano. The altcoin’s price range has traveled below the mean average line of the volatility indicators, at $0.628.

The SMA 20 curve is consistently above SMA 50 and the trend was bullish before the correction. With increasing volatility and decreasing RSI, analysts predict a further decline in Cardano price.