Cardano founder Charles Hoskinson reveals that ADA is counting on the "smart cow effect." The smart cow problem is when a group of individuals is faced with a technically difficult task, one of the members solves it. Hoskinson expects Cardano's partnerships with African governments to influence regulators in the United States.

Charles Hoskinson, the founder of Cardano, is touring the African continent, meeting regulators and forging partnerships with governments and statesmen.

Hoskinson believes that governments have infringed upon privacy and censored public information. He points out that US regulators have yet to focus on building the blockchain industry.

The Ethereum co-founder relies on the "smart cow effect" for Cardano to impact regulators and governments worldwide. Hoskinson noted in a recent YouTube Q&A session that Africa is uniquely poised to adopt blockchain technology faster than other continents. The continent is precisely positioned to benefit from the development of blockchain technology with the ongoing technical upgrade.

Well, Africa is a really special and interesting continent in that it's going through a massive upgrade. There are no allegiances to the systems of the past because those systems haven't historically worked out so well here. So that means over the next 10, 20 years, every single thing – from how compliance works to how stock markets are going to work to how national ID works to how academia is going to work – is up for change.

The founder dismissed the recent rumors of the implementation of the burn policy in Cardano. Cardano does not have plans to burn tokens. The current provision to stake ADA has attracted over 70% of the circulating supply. The percentage of staked tokens continues to rise as Cardano prepares for the next upgrade of its network.

Analysts have predicted that ADA could make a comeback to the top five cryptocurrencies by market capitalization. Gert van Lagen, a cryptocurrency analyst and YouTuber, expects ADA to enter price discovery mode in the ongoing bull market. Lagen has evaluated the ADA price trend and compared it to the Ethereum-killer's performance in the 2017 bull run. 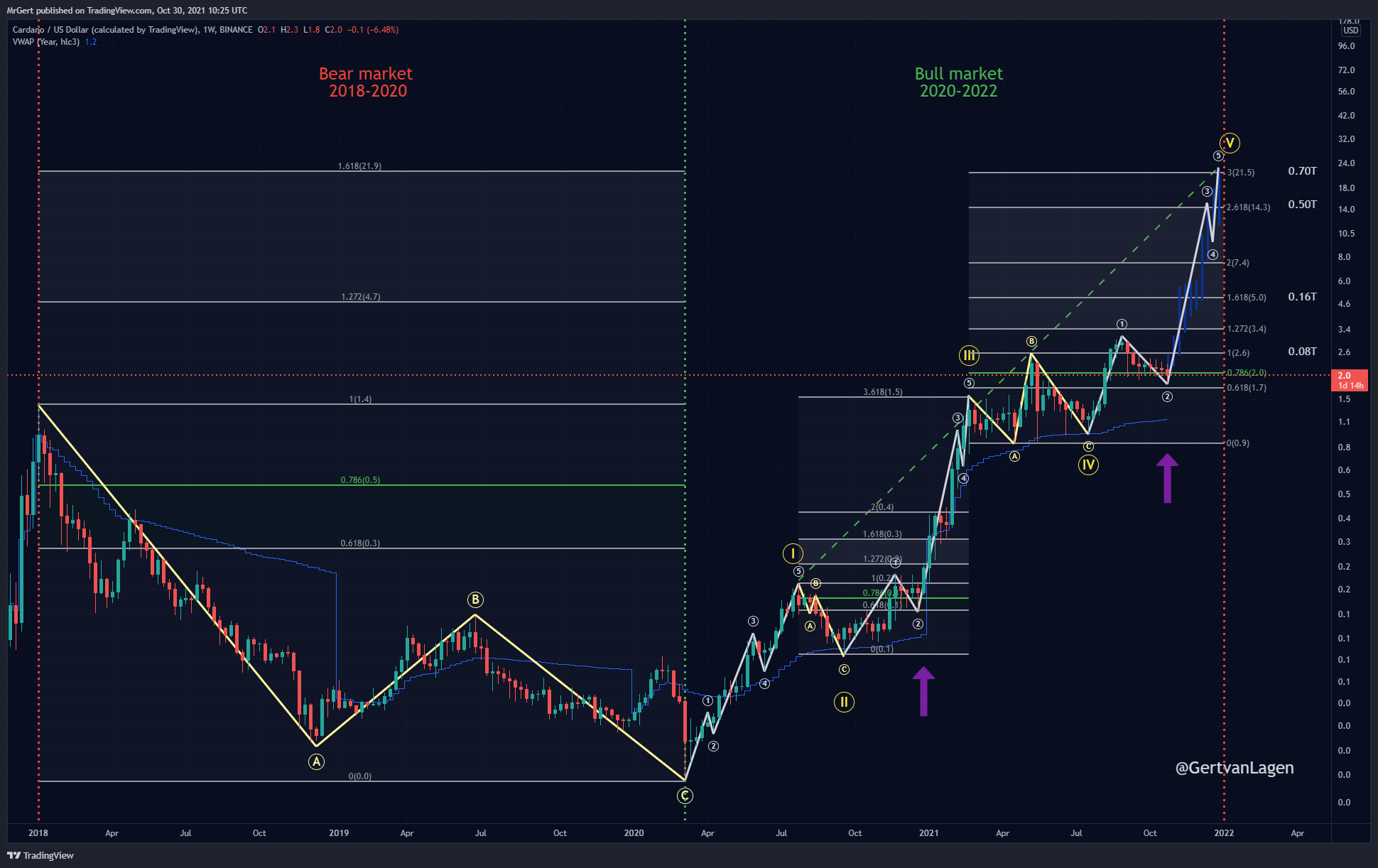 FXStreet analysts have predicted that ADA needs to reclaim $2.10 support to turn bullish.