Cardano price continues to ascend a wave of selling in the cryptocurrency market, generating the necessary relative strength needed to reach the measured move target at $2.27.

On May 5, Cardano price emerged from a multi-week cup-with-handle base with a notable jump in volume, marking a trend change for the altcoin after two months of trendless price action. The rally since has been awkward, but the accumulation/distribution profile has remained steadfastly positive, despite the gyrations in the broader market.

The measured move target of the cup-with-handle base is $2.27, yielding a 55% gain from the breakout and a 30% gain from price at the time of writing.

Standing in front of the measured move target is the 138.2% Fibonacci extension of the April decline at $1.92, followed closely by the psychologically important $2.00.

From February to April, $1.00 was omnipresent, either serving as resistance or support for Cardano price, suggesting that $2.00 could be an obstacle.

If ADA is successful in the battle at $2.00, Cardano price will have very little resistance to the measured move target of $2.27, except for the 161.8% extension of the April decline at $2.18. 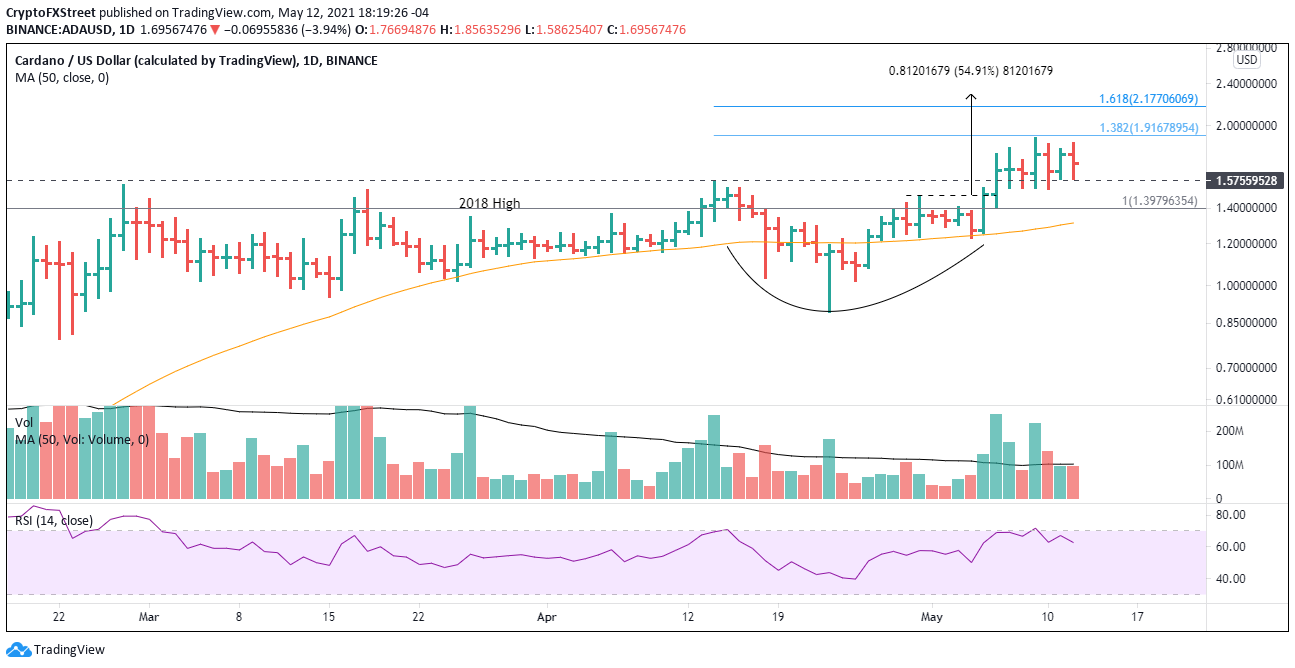 A widespread sell-off in the crypto market is the only thing that could derail a push to $2.27, but in light of the weakness over the last few days, it is necessary to plan for a bearish outcome.

The March-April trading range high at $1.57 is significant support for Cardano price, as noted by the five consecutive tests between May 7 and May 11.

An acceleration in selling pressure will test the handle high at $1.46 and the 50-day simple moving average at $1.31.