On the 12-hour chart, Cardano formed an ascending triangle pattern that can be drawn with a horizontal line and another trend line connecting the higher lows until both converge.

The breakout of this pattern has a price target of $1.65. Initially, ADA spiked to $1.55 but dropped to retest the previous resistance trend line. Bulls have successfully defended it and aim for a massive rebound toward $1.65. 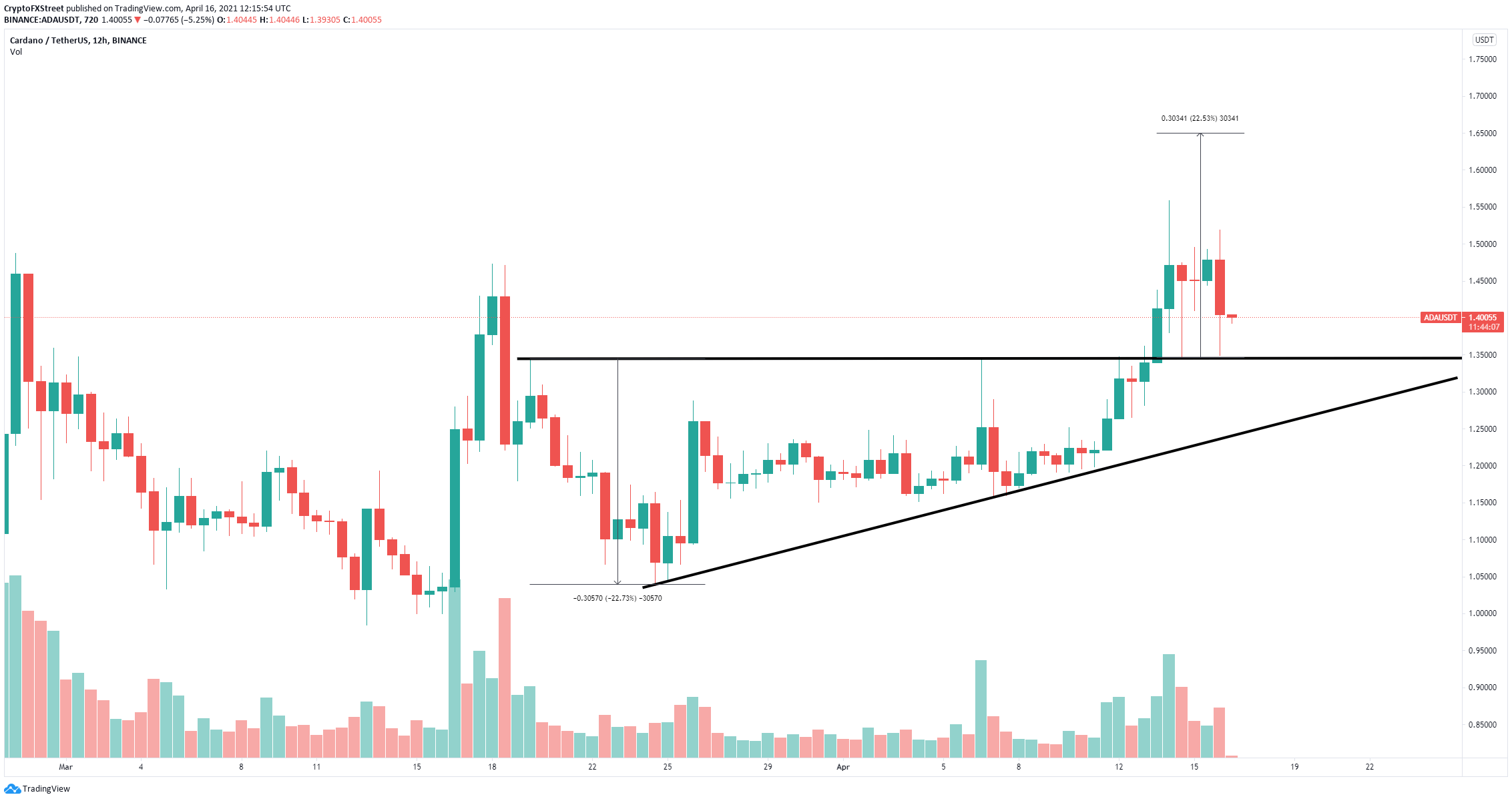 The In/Out of the Money Around Price (IOMAP) chart shows only one crucial resistance level between $1.45 and $1.46, where 69,000 addresses purchased over 2.2 billion ADA coins. A breakout above this initial price target should swiftly push Cardano toward $1.65.

Additionally, the network growth of Cardano saw a significant spike on April 13 and remains in an uptrend for the past two weeks. This indicates that investors are still interested in buying and transacting with ADA even at current prices.

However, on the 2-day chart, the TD Sequential indicator has presented a sell signal that has not been invalidated yet. This signal increases selling pressure for Cardano. 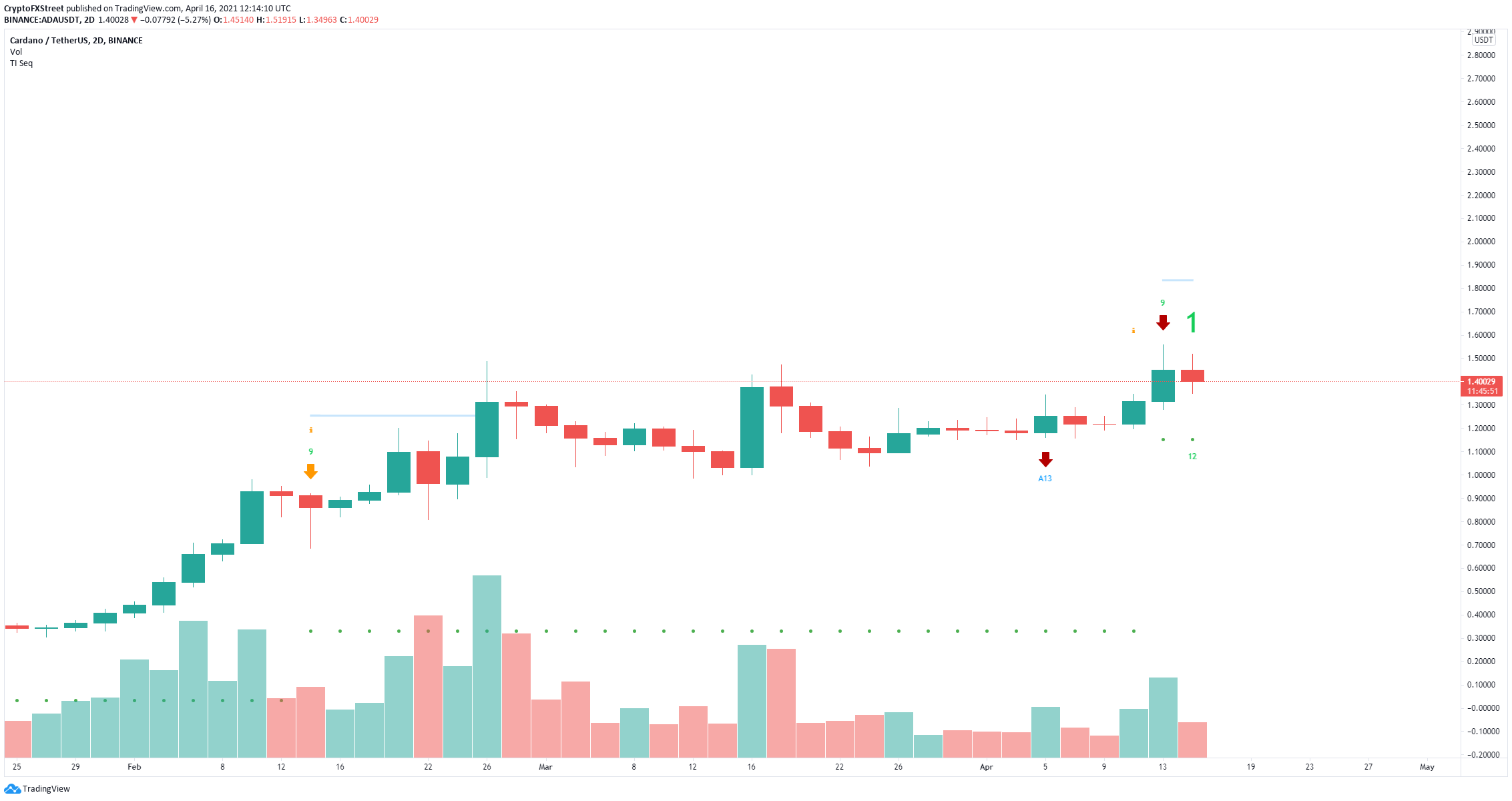 The IOMAP model shows the most significant support area is located between $1.19 and $1.23, where 202,000 addresses purchased 3.67 billion ADA. The sell signal is not likely going to push Cardano lower than this.