After establishing a new all-time high of $1.48 on February 27, Cardano (ADA) has been trading sideways, forming a potential bull flag on the 3-day chart. There is only one crucial resistance level that separates ADA from a massive breakout.

On the 3-day chart, Cardano has formed a potential bull flag with a resistance trend line at $1.25. This key barrier separates ADA from a 77% breakout, calculated using the pole's height as a reference point. This breakout would have ADA trading near $2.20. 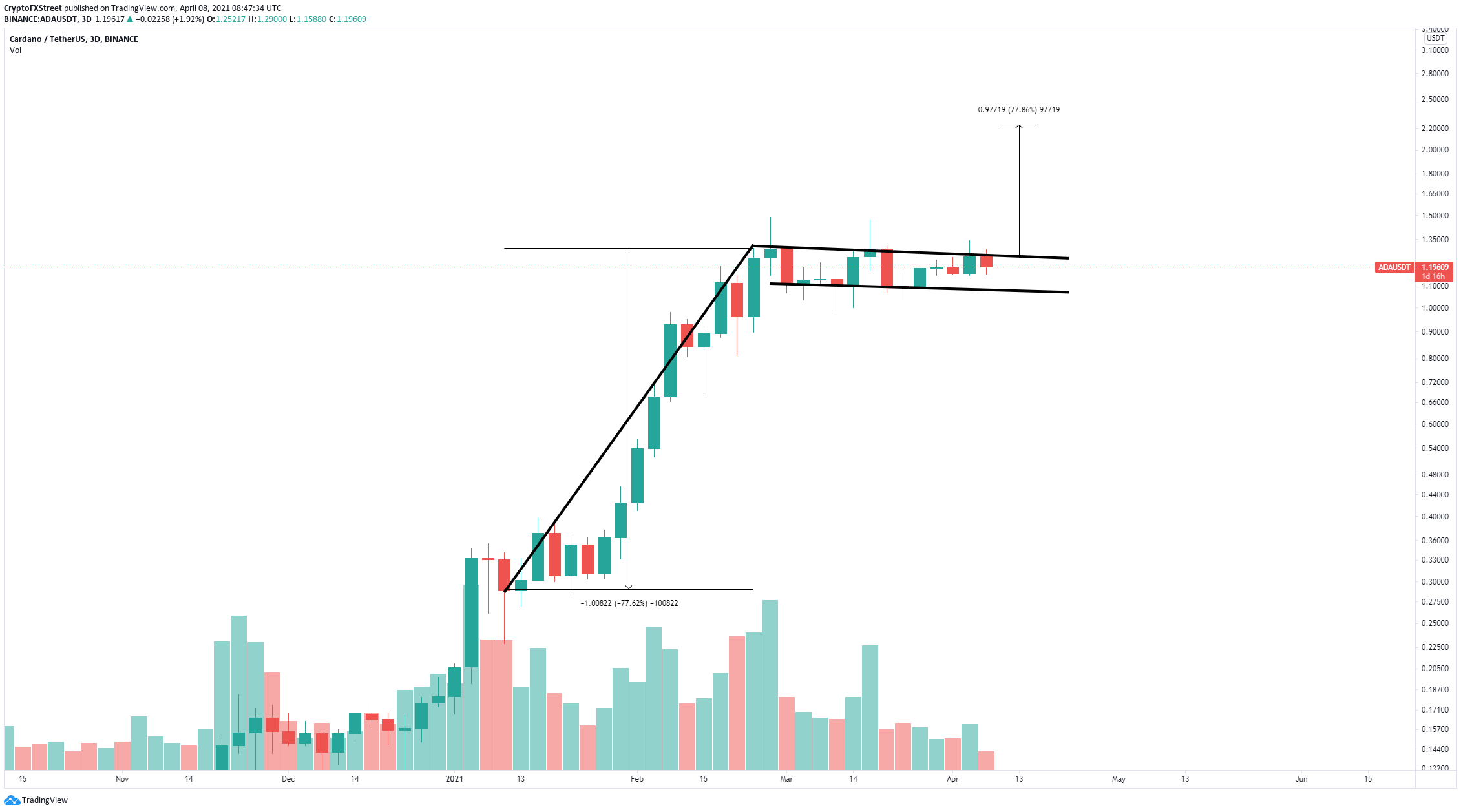 But how likely is Cardano to break this key level?

The In/Out of the Money Around Price (IOMAP) chart suggests that the most substantial resistance area is located between $1.20 and $1.23, where 120,000 addresses purchased 2.65 billion ADA. However, above this point, there are relatively weaker resistance levels.

So far, Cardano price has been rejected from the upper trend line at $1.25 several times in the past month. The most recent rejection could lead ADA toward the lower boundary of the pattern at $1.07.