Bitcoin’s broader outlook remains constructive regardless of the recent pulldown. The cryptocurrency fell below the support level of $57,653, the Oct. 23 low, which has opened the doors for a deeper pullback.

“There has been an 18% drawdown [from record high], but we have been here several times before, in Sep and Jun this year,” Lennard Neo, head of research at Stack Funds, told CoinDesk in a WhatsApp chat. “Bitcoin is still trading within the upward channel.”

Mumbai-based crypto asset management company, MintingM, said that the cryptocurrency is still in a clear uptrend, making higher highs and higher lows on the daily time frame. As seen in the chart below, the upward or bullish channel, representing higher highs and higher lows, can be identified by trendlines connecting the lows of July 20 and Sept. 29, and the highs of June 30 and Sept. 7. 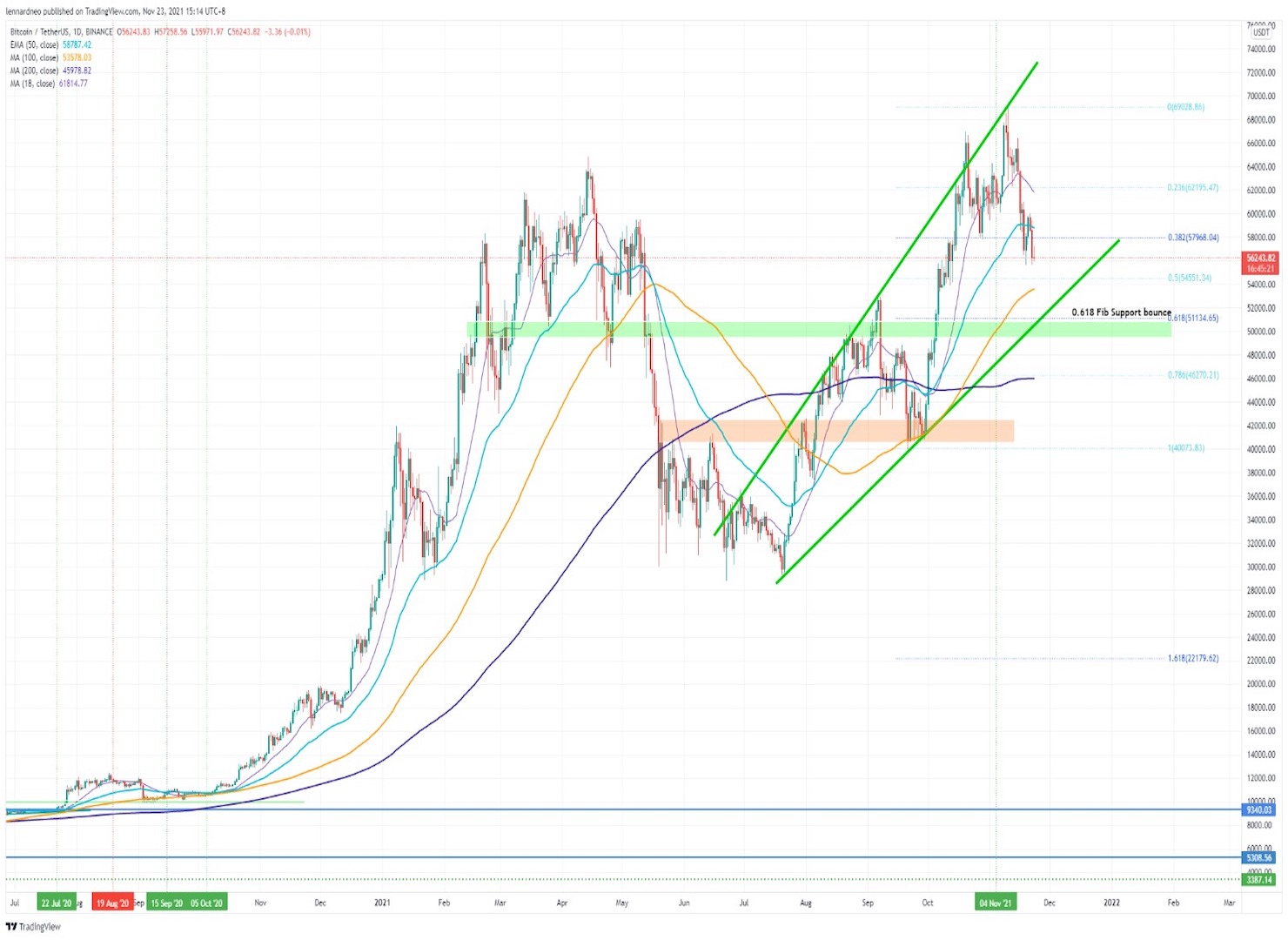 “There hasn’t been any strong catalyst to propel bitcoin’s price forward, and whales [large investors] have not been accumulating as they did in previous bull runs – which paints how global macro uncertainties have kept prices muted,” Stack Funds’ NEO said.

Stack Funds’ COO and co-founder Matthew Dibb said the recent decline represents a typical bull market correction and may extend further. “There is mounting concern that inflationary pressures will cause a drop in risk assets, including bitcoin. We believe it will happen at some point, but it is not exactly imminent,” Dibb said.

Action in traditional markets indicates potential for a deeper drawdown. The reappointment of Jerome Powell as Chairman of the Federal Reserve, by U.S. President Joe Biden on Monday, reinforced bets that the central bank would hike rates faster to control inflation. U.S. stocks erased early gains, while gold and silver fell after Powell’s reappointment. The dollar index hit a 16-month high of 96.60 early Tuesday and the U.S. two-year yields rose to 0.63%, the highest since March 20.

Bitcoin flipped from support at $57,653 into resistance, with a firm close under the said level on Monday. And the breakdown is backed by a below-50 or bearish reading on the relative strength index (RSI). So, another leg lower cannot be ruled out. 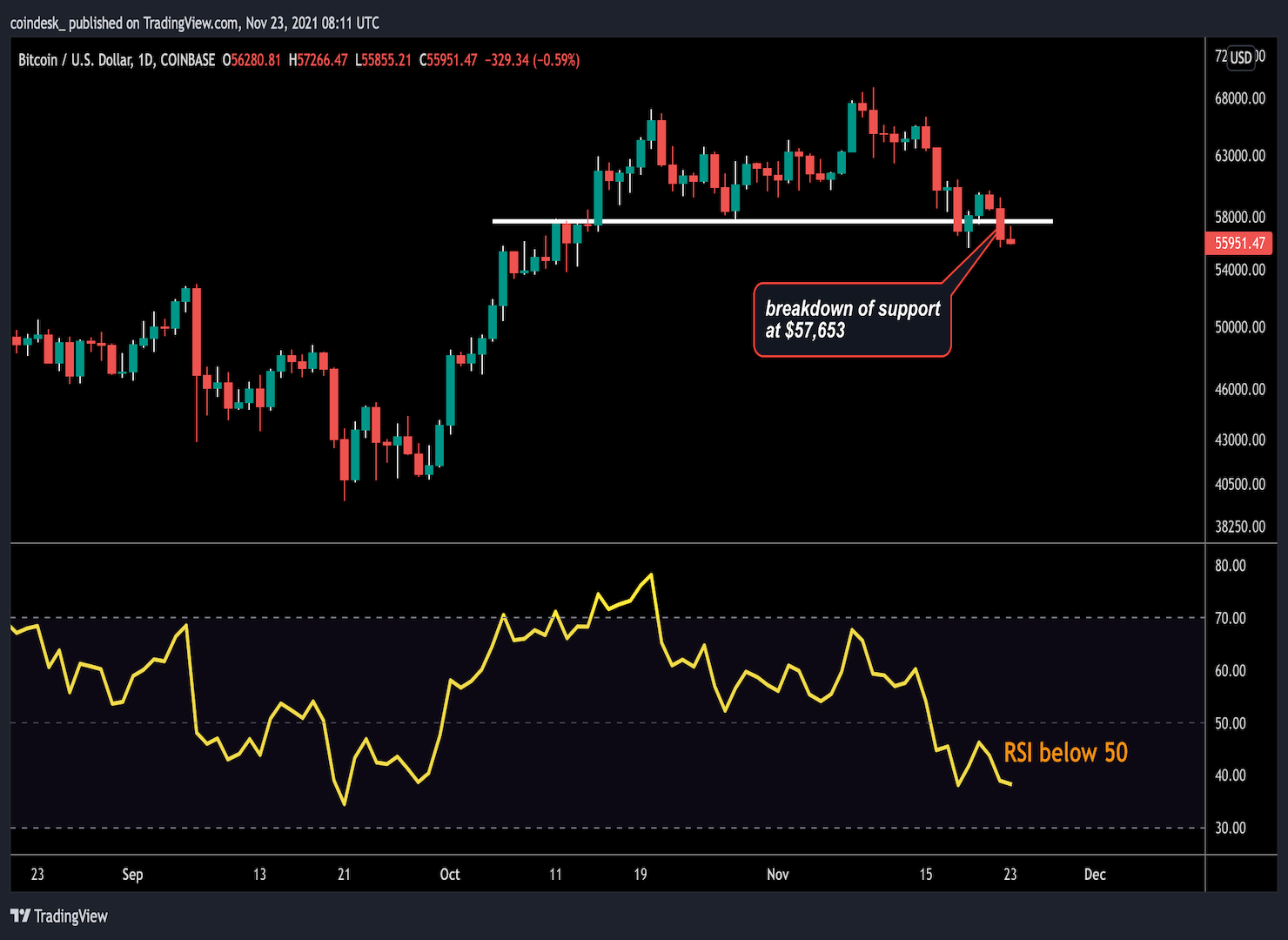