Bitcoin (BTC) buyers continued to defend support around $42,000 on Monday. The sell-off that began last week appears to be weakening as the cryptocurrency registers oversold signals. However, upside appears limited towards $50,000-$53,000 resistance.

The cryptocurrency was trading around $45,000 at the time of writing. 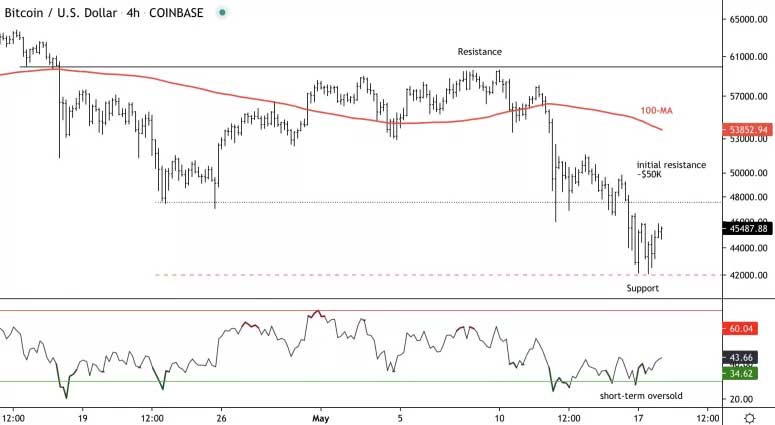