Bitcoin (BTC) broke above initial resistance at $36,000 after a near 13% rise on Wednesday. The next resistance level is seen at $40,000, which capped upside moves over the past two weeks.

The short-term trend is improving after a series of lower price highs since May. The weekly chart is showing initial signs of downside exhaustion, which could stabilize the month-long corrective phase. 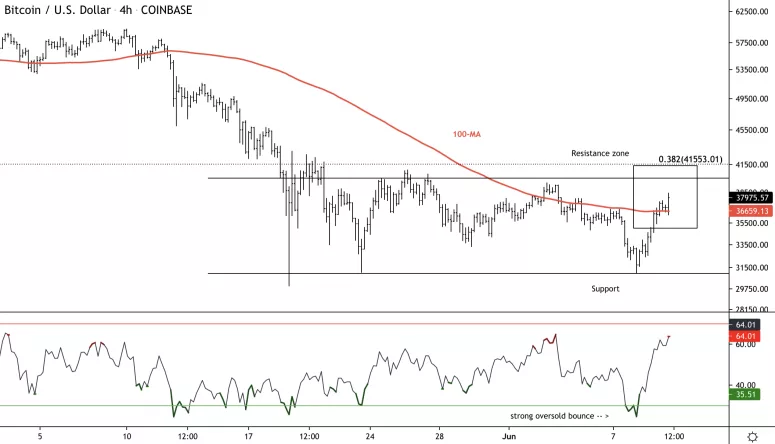 Ripple bulls respite to end with blast off to $0.98

XRP price saw a healthy run-up after bleeding excessively over the past three weeks. Investors seem to be booking profits, which has stifled the recent run-up. If this continues, Ripple could bounce off two crucial support levels and restart its uptrend.

Cardano price shows a bullish structure despite the mayhem caused in late May. ADA set up a higher low on June 8, followed by a quick upswing, a common theme across the crypto market.

MATIC price experienced a minor upswing on Wednesday but failed to entice the sidelined investors to jump on board. Additionally, Polygon did not retest a crucial supply barrier during this uptrend, which could indicate that a minor retracement seems likely.

Since June, Shiba Inu price has been locked in a descending channel but holding the outstanding May 19 support during the new selling wave in the cryptocurrency complex. The resulting bounce has stalled at the apex line of a previous symmetrical triangle, a level that served as support in late May.