Analysts at crypto intelligence tracker Glassnode argue that Bitcoin’s volatility has hit historical lows and a breakout in BTC is likely. Evaluating both the bullish and bearish scenario for Bitcoin price, analysts noted a conviction among BTC holders in the bear market.

What to expect from Bitcoin after volatility hits historical lows

Glassnode analysts evaluated Bitcoin’s on-chain metrics and noted that the asset has come to resemble stablecoins in terms of its volatility. Bitcoin has been trading within an incredibly tight $869 range over the past week. The weekly low was $18,793 and the high $19,662. 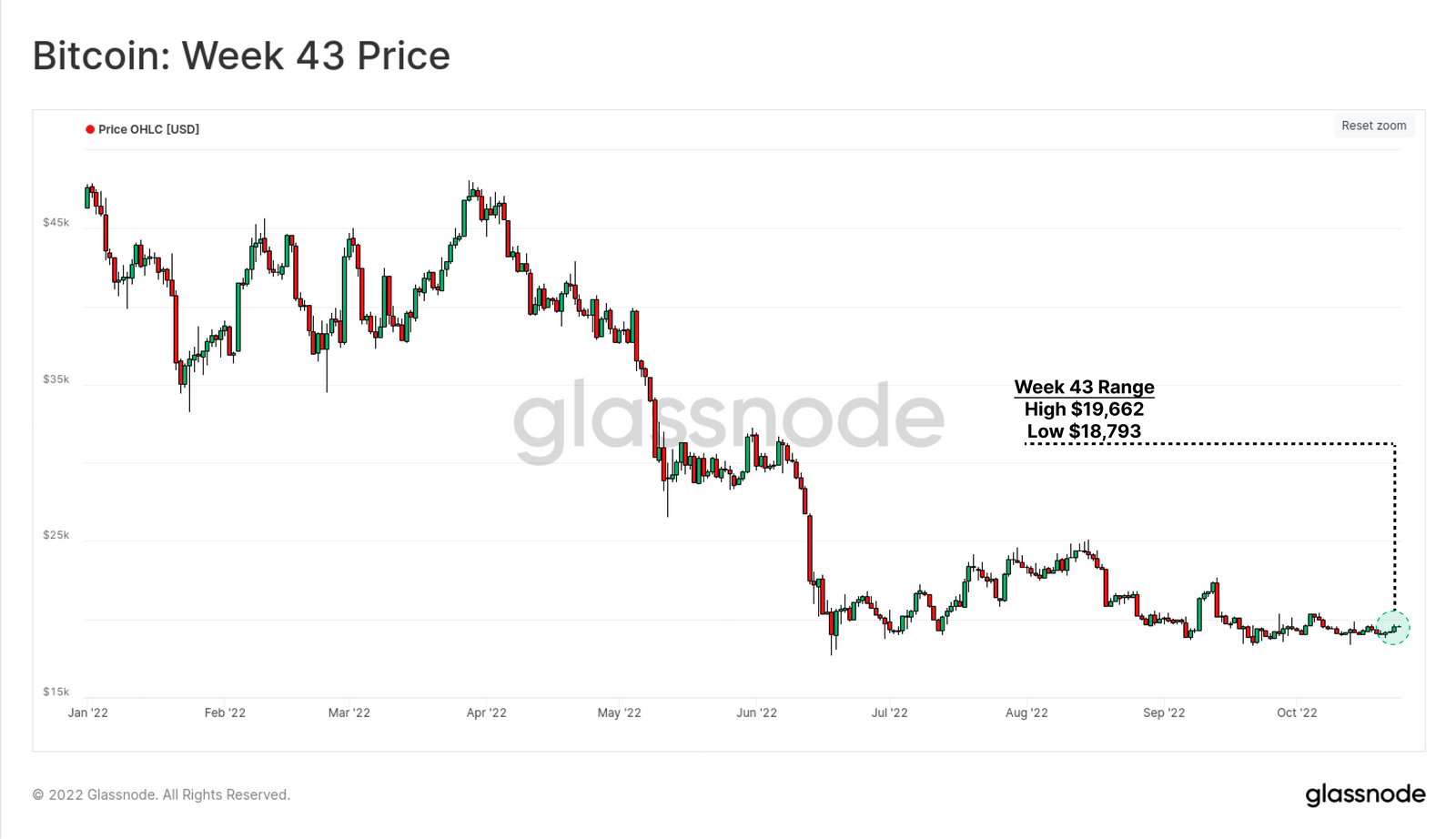 It's important to note since periods of extremely low volatility for Bitcoin are very rare and are typically followed by a substantial breakout higher or lower. Analysts therefore armed themselves with a bull and a bear case scenario from a primarily on-chain perspective.

Analysts observed that the volume of coins transferred in Bitcoin transactions hitting Glassnode’s nodes mempool has witnessed a sustained burst higher since September 2022. The mempool is where all the valid transactions wait to be confirmed by the Bitcoin network.

A high mempool size indicates more network traffic which will result in longer average confirmation time and higher priority fees. Coupled with the high volume of Bitcoin transferred there was a very modest increase in average fee rate paid. These metrics provide a potential view of a changing tide, with a sustained uptrend this increases the odds of a true market recovery. 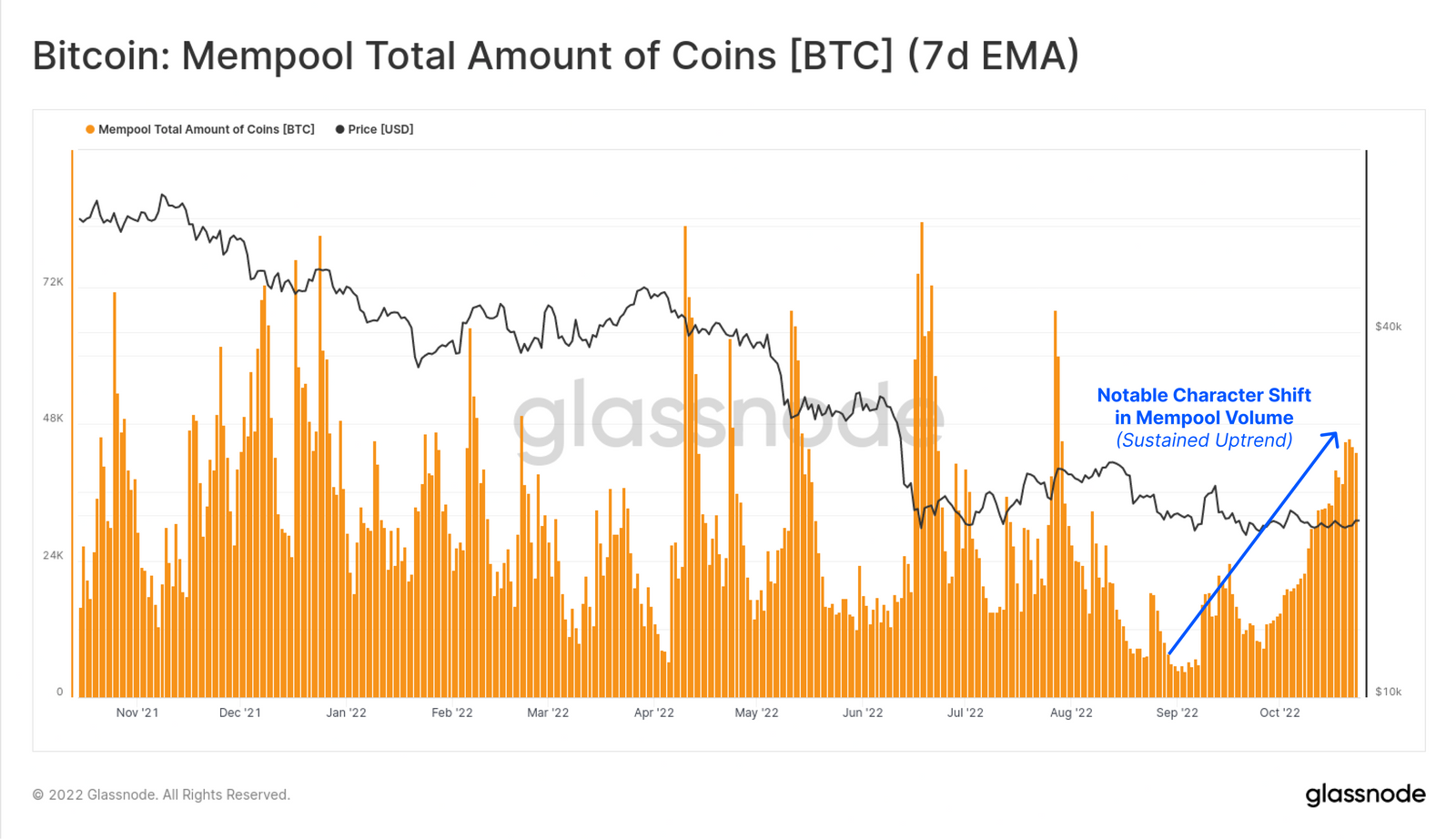 El Crypto Prof, a pseudonymous Bitcoin analyst, predicts there will be a serious move in BTC. The 116-day and 137-day moving averages are about to cross each other. The analyst argues that every time these lines cross, there is a significant rally in Bitcoin price. The analyst set a bullish target of $28,500 for Bitcoin price in the event of a breakout. 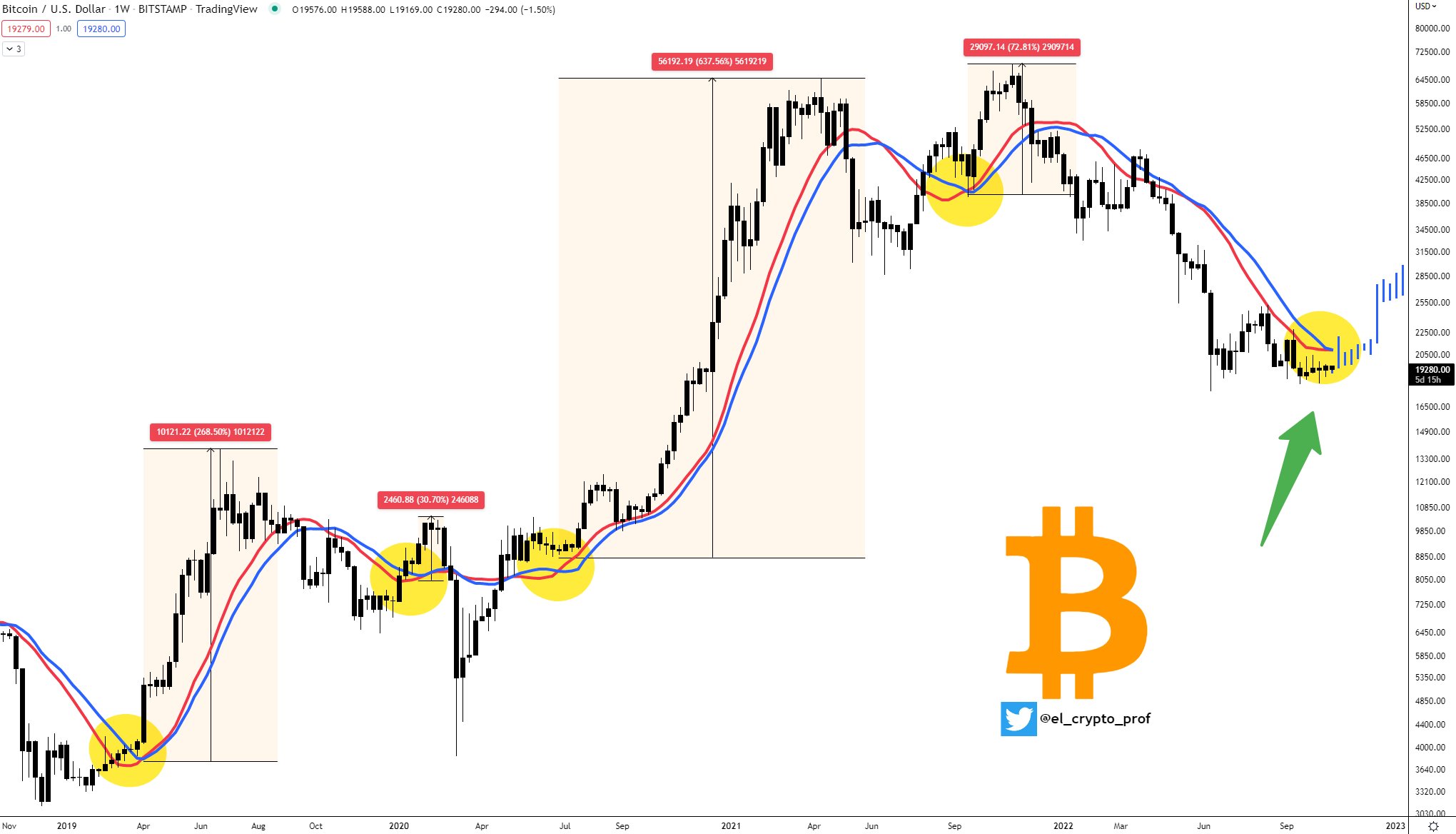