Bitcoin price rolled over last Thursday after markets underwent some correction. Yield prices collapsed and dragged equities with them. Safe havens were sharply in favor, and riskier assets, like cryptocurrencies, got thrown off the books.

But again, the resilience in cryptocurrencies is shown this weekend, with Bitcoin pairing its losses and even looking for further upside gains.

Bitcoin price is like a weed, it just keeps returning

Bitcoin price cannot be kept at bay for long. For the second weekend in a row, BTC pared losses that occurred the prior week and even looked to make new gains.

Unfortunately, this is where this pretty picture ends as Bitcoin price struggles to make new highs today. The problem lies in the fact that there are a few significant indicators just above the price action where BTC is today. First, it has used the 55-day Simple Moving Average (SMA) as a reference point these past few days for both buyers and sellers. Bitcoin price is swinging in a tight range up and down that SMA.

On the upside, Bitcoin price has the 200-day SMA coming in at $35,051, which perfectly aligns with that black flat line top that originates from July 1. This means BTC has two substantial hurdles to jump over. Just a few bucks above there, it has the green ascending trend line that will act as an entry point for short sellers to come in at $35,537.

But positive news is there as well. With the recovery from this weekend, a new parallel trend line has been formed, so it looks like Bitcoin is in a trend channel in the short term. It will be critical to see if the buyers can keep BTC in that trend channel today and tomorrow. 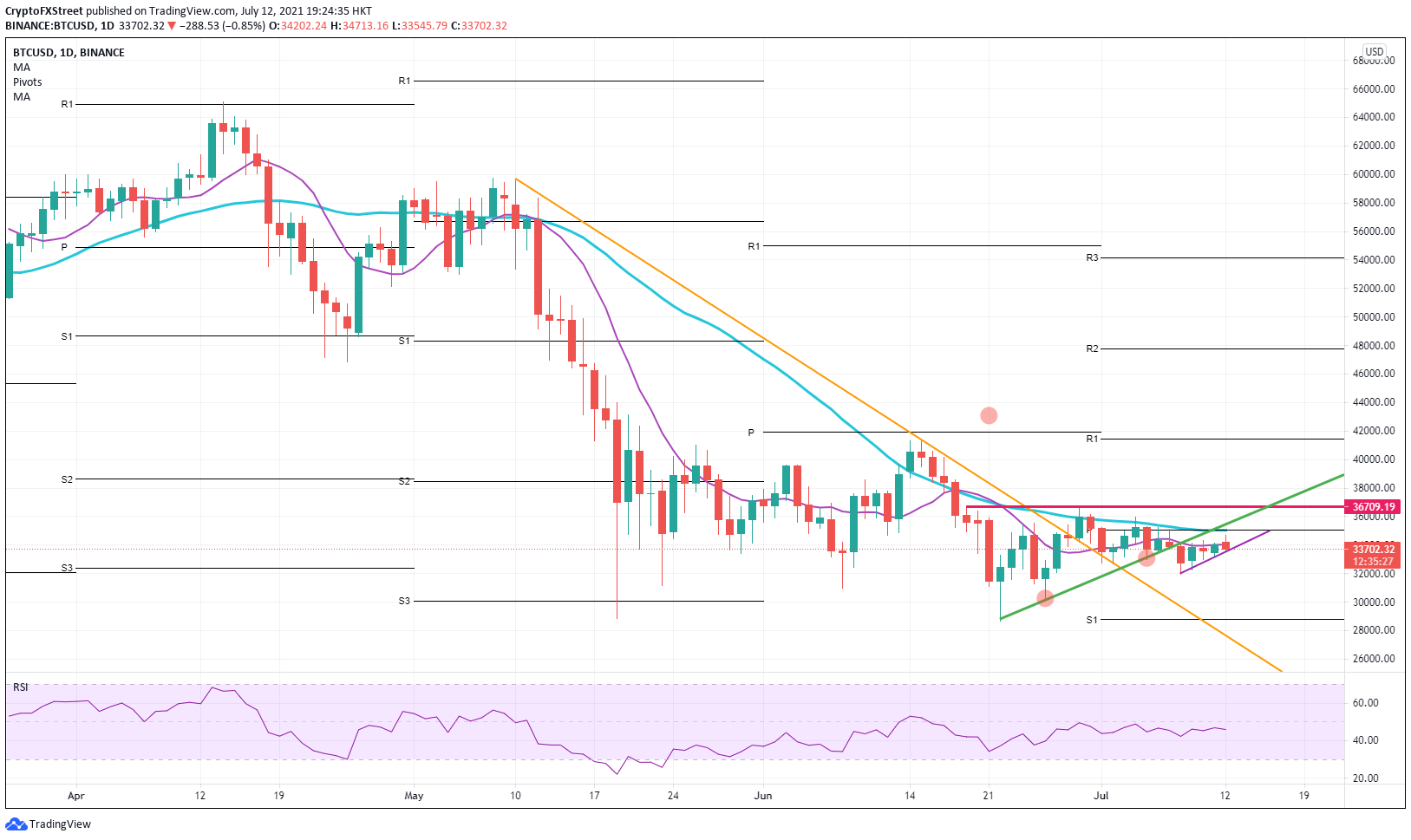 Wait for the pop higher above the 200-day SMA and the green trend line before really going long or adding to any long positions. Once Bitcoin is above this trifold hurdle, $36,709.19 will be the next port of call for any profit-taking and the retest for any further upside. This level has been well respected since mid-June, and BTC has not been able to reach it since.

On the downside, the bottom line of the trend channel is one to watch. Should that break, a fall to $30,000 looks ready.