Bitcoin price falls sharply amidst the CPI release. An uptrend move could still occur for the reasons mentioned below.

Bitcoin price has witnessed a strong rejection near the upper $22,000 level. The bears have induced a 12% sell-off, wiping out nearly all of the gains made during September. The newfound bearish strength comes amidst the release of the US CPI data, which reported an uptick in consumer prices.

According to the FXStreet team, the release is causing high-cap investors to hedge a portion of digital assets into US dollars as there may be an influx of demand during an inflated consumer market.

Bitcoin price currently auctions at $20,030 as the peer-to-peer digital currency is falling penny-from-Eiffel style on the lower time frame. An influx of volume is pouring into the market as retail bears have hopes to breach the September 7 liquidity level at $18,510. 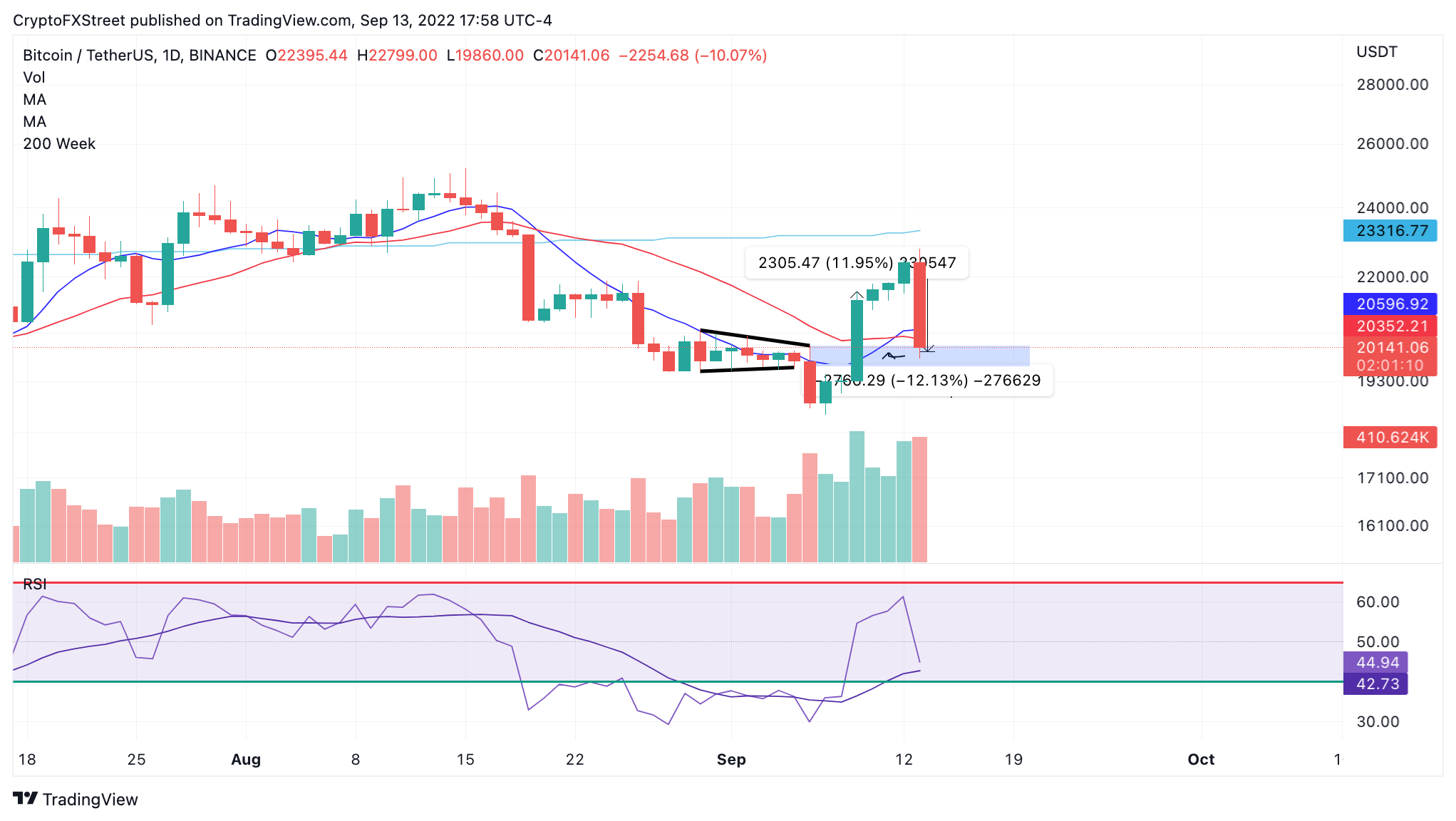 The Relative Strength Index is still within the supportive territory, which merits the idea that the downtrend may not be as strong as meets the eye. Additionally, the 8- and 21-day simple moving averages hover just above the current BTC price. They could provide a bullish sweep-and-coil effect if the bears cannot continue the declining rally.

Based on the Elliott Wave Theory, the Bitcoin price can still rally higher as the bears have not yet closed below the triangle apex at $19,853. If previous outlooks are correct, the current decline could be the last fakeout before a rally towards $30,000 occurs.

Invalidation of the bullish thesis remains a breach of the September 7 swing low at $18,510. Early evidence suggests uptrend failure will be a closing candle below the triangle apex at $19,657.