Bitcoin price is having a positive start to the week’s trading. The Asian session on Monday is characterized by increased buying entries amid the building bullish momentum. BTC/USD is up a subtle 1% while trading at $8,614. Bitcoin price has advanced upwards from an opening price of $8,525.75 although it also recorded an intraday low of $8,485.52.

Technically examining the BTC/USD daily chart, while the digital asset downside is strongly protected, upward movements remain to be limited. Therefore, formidable direction the price will is likely sideways. The RSI, for instance, is at 37.93 with gradual movement towards 50 (the average zone). 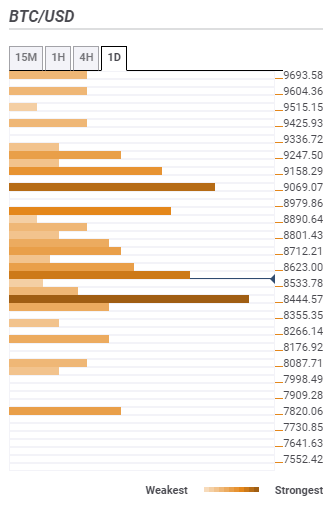