Bitcoin price has continued to trend lower following its all-time high on October 20. The leading cryptocurrency could slide further toward $56,000 to retest critical support levels after investors engaged in profit-taking.

Bitcoin price fell below a crucial support trend line on October 22, exposing BTC to further downside risk. The bellwether cryptocurrency sliced through the lower boundary of the prevailing ascending parallel channel pattern and could now be headed to test key support levels.

If selling pressure rises, Bitcoin price will discover immediate support at the 100 four-hour Simple Moving Average (SMA) at $59,452 before sliding lower toward the bearish target given by the governing technical pattern at $56,568 coinciding with the 61.8% Fibonacci retracement level. This level should act as a substantial foothold, as the Momentum Reversal Indicator (MRI) printed a support line, indicating considerable strength of the line of defense. 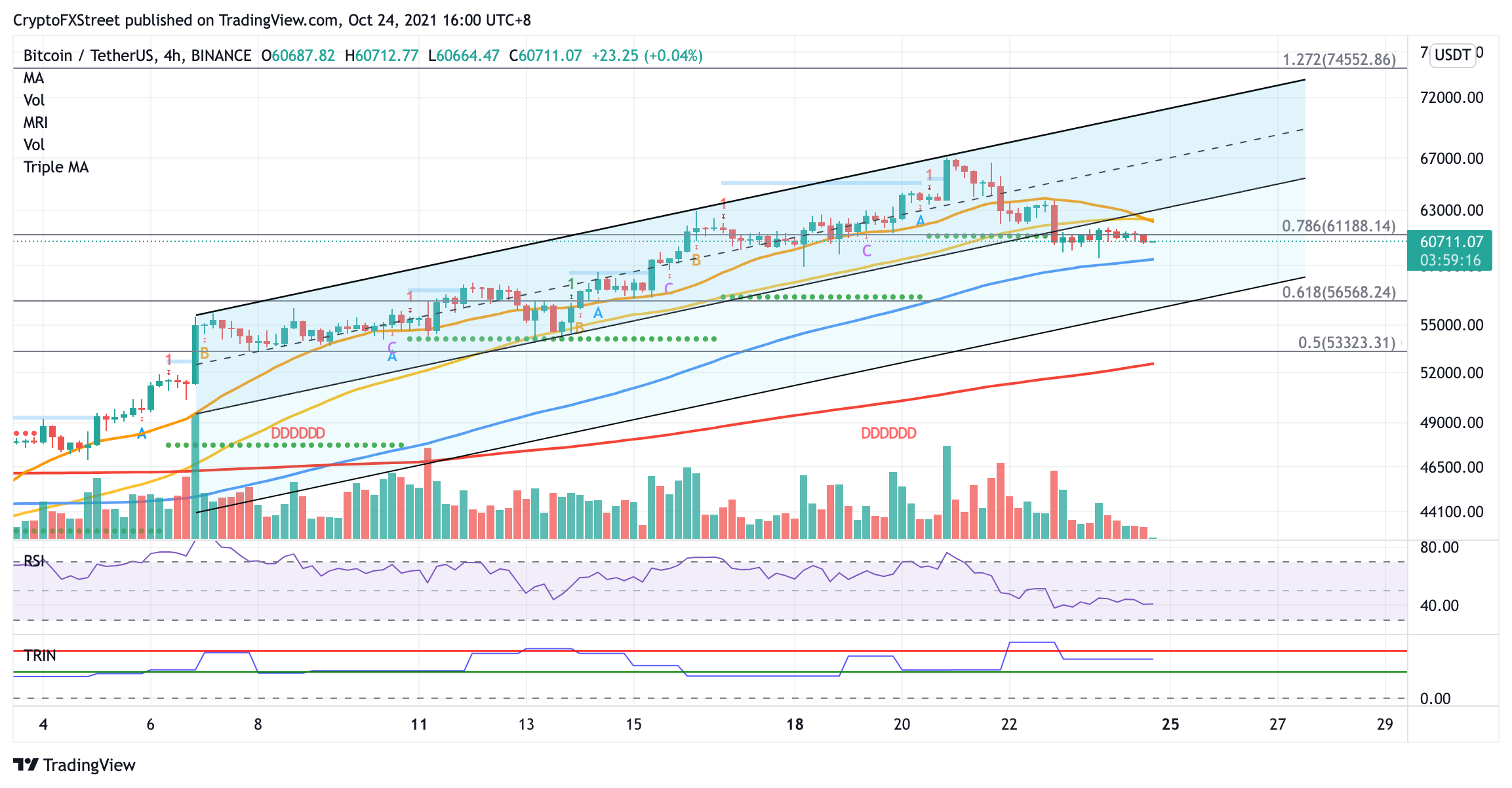 The IntotheBlock’s In/Out of Money Around Price (IOMAP) model also suggests that Bitcoin price is likely to hold above $56,000, with the largest cluster of addresses, totaling 1.26 million purchased 652,680 BTC, an average price of $56,079.

On the flip side, if a spike in buy orders emerges, Bitcoin price will face resistance at the 78.6% Fibonacci retracement level at $61,188. An additional headwind will appear at the $62,442, where the 21 and 50 four-hour SMAs converge.

The downside trend line of the parallel channel at $63,057 will also act as an obstacle for Bitcoin price if the bulls manage to control the markets to enable BTC to resume its uptrend. Until the leading cryptocurrency is able to escape above this level, it may continue to consolidate until additional directional bias is revealed.