Bitcoin Cash restarted its uptrend after embracing support around $255. Buyers took complete control over the price action last weekend. The gains spilt into this week, pulling BCH above several critical levels. However, a correction seems imminent after hitting a wall around $320.

BCH/USD is teetering at $312 at the time of writing. Resistance is anticipated to remain intact at $320, where a double-top pattern is forming.

A double-top pattern is exceptionally bearish and comes into the picture after an asset hits a high price point a couple of times. Note that there is usually a moderate price drop between the peaks.

For now, buyers are trying to push for gains above $320, but with the seller congestion at this level, it is doubtful that they will slice through. On the flip side, correction from the double-top pattern may revisit lower price levels as far as $280, as shown by the 200 Simple Moving Average. 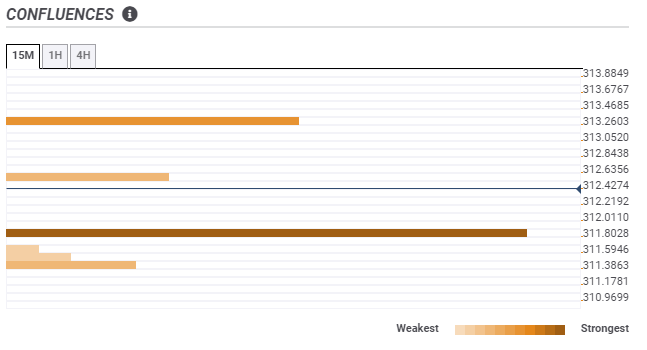 According to the confluence detector tool, the bearish outlook may be invalidated by the support at $311. The buyer congestion at this point is highlighted one-day Bollinger Band upper boundary. On the upside, the only resistance holds the ground at $331, as shown by the 4-hour previous high. It is worth noting that this seller congestion zone is not immense and could be broken for gains eyeing $320.