Bitcoin Cash price has been able to establish a 12-hour uptrend and climbed above two critical support levels in the form of moving averages. The digital asset aims to climb above $300, but could be facing a mild correction in the short-term first.

Bitcoin Cash faces a sell signal in the short-term

On the 12-hour chart, the TD Sequential indicator is on the verge of presenting a sell signal despite the digital asset climbing above the 50-SMA and the 100-SMA. Confirmation of the call can push BCH towards the 100-SMA at $285 and as low as $270 where the 50-SMA currently stands. 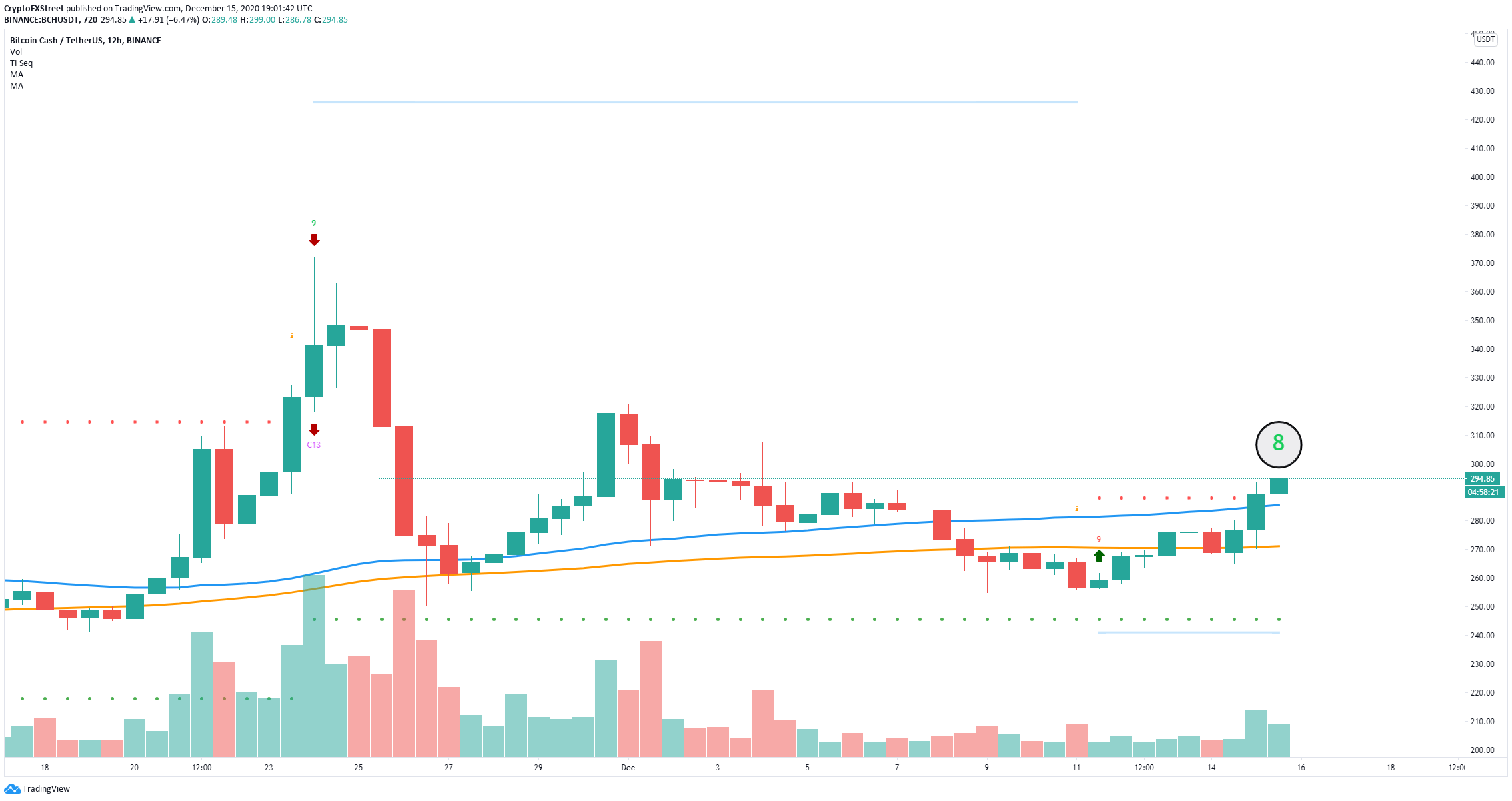 According to the confluence detector, the most significant support level is formed at $294 where the previous weekly high and hourly low coincide. Nearby, there is also some support around the $293 level. It seems that a breakdown below these levels would push Bitcoin Cash to the $270 target mentioned above.

On the other hand, bulls face very little resistance towards $300. The most vital level is $298 where the Pivot Point 1 Day R3 is established. It seems that above this point, BCH is free to run towards $320. 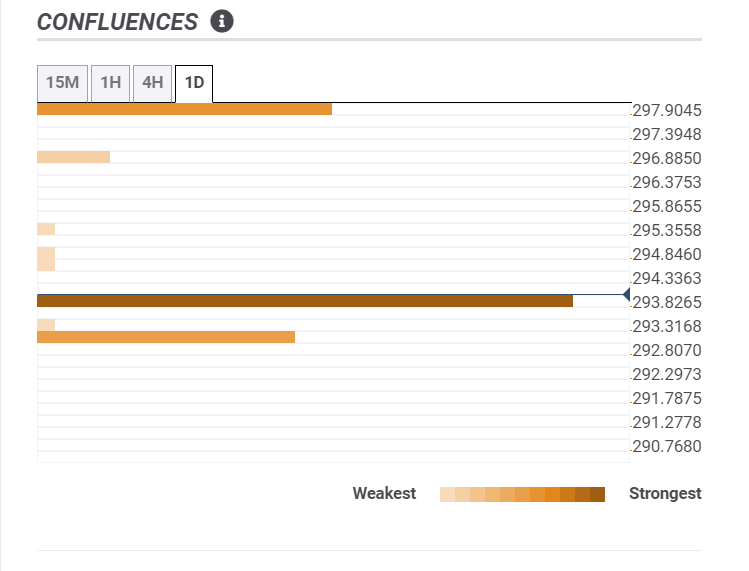 The In/Out of the Money Around Price (IOMAP) seems to show a similar story indicating that there is a lot of support on the way down below $292 but only a crucial resistance area between $302 and $309.

The IOMAP adds credence to the bullish theory that a breakout above $300 would lead BCH towards $320 and above. Similarly, the most critical support level is the bearish price target of $270.

Chainlink price is recovering after tapping the lower boundary of a rising wedge pattern. The supply and demand zone formed suggests LINK could move sideways. A breakdown of 78.6% Fibonacci retracement at $30.6 could trigger a 13% correction to $26.64.

XRP price is moving toward the immediate demand zone ranging from $1.33 to $1.50. This decline since April 14 suggests a weakening bullish momentum that could drive Ripple toward the next support area.

Bitcoin price shows massive sell-off as it slid from $60,900 to $51,541. This crash comes after rumors of the US treasury charging several financial institutions for money laundering using cryptocurrency emerge.