Although the heat map shows that cryptocurrencies have increased in value over the last 24 hours, the fact is that virtually all but Algorand (+6.74%), XRP(+7.1%), and Binance Coin (+7.74%) continue moving in a range. Bitcoin (+1.95%) has made another failed attempt to cross its $6,800 level and now is producing a bearish engulfing pattern, which could encourage more sales and deter buyers. Ethereum has followed the leader and made a similar movement. In the Ethereum-based token section, VEST(+98.2%) made a substantial advance, tracked, among others by QNT(+19.9%) and MKR(+17.8%), which advanced the most among the top capitalized. 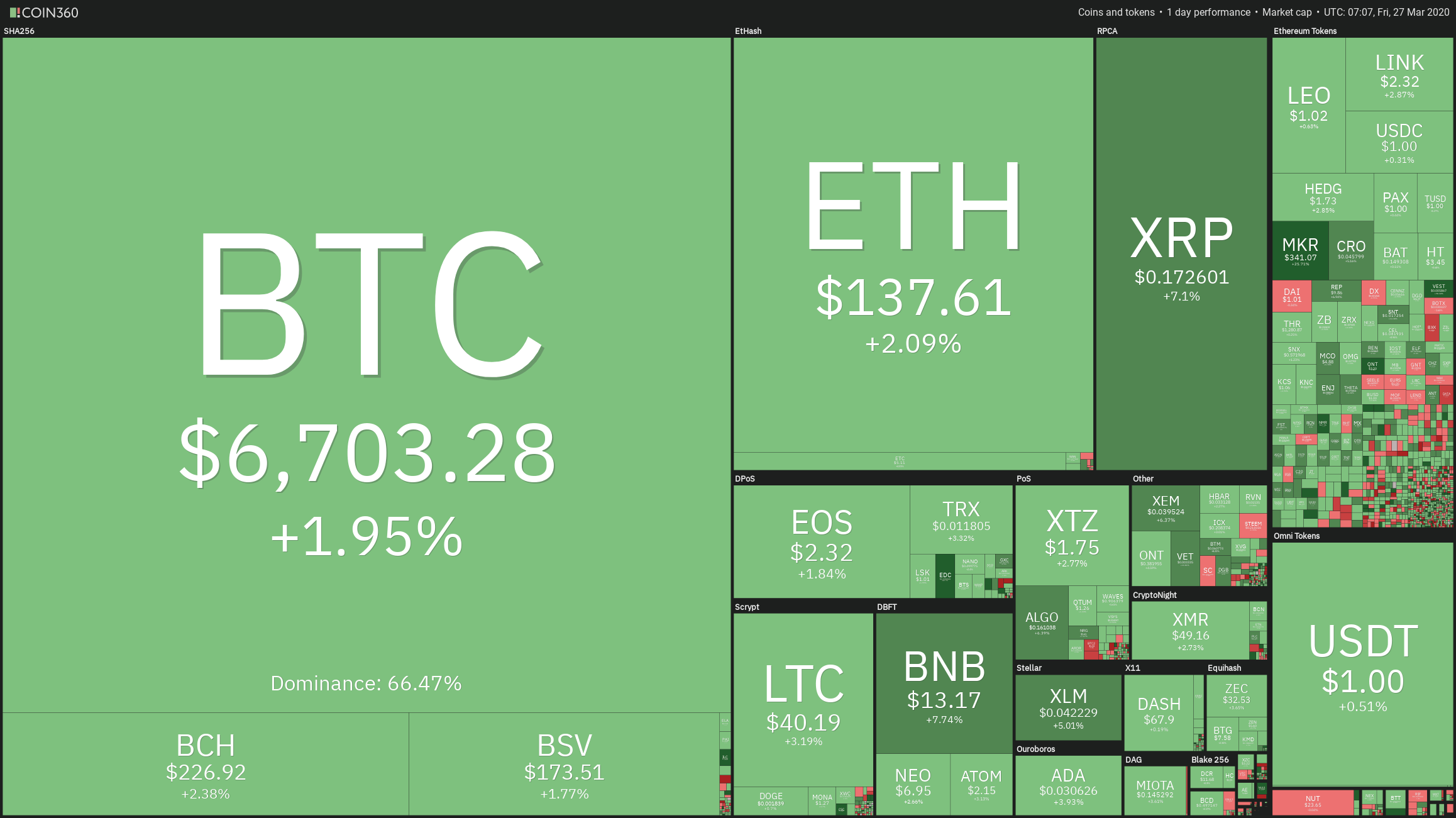 The U.S. Covid-19 cases exceed those of China and Italy, according to CNBC and other U.S. media outlets. The total number of confirmed cases reached 82.400 on Thursday evening, surpassing Chinas 81.782 and Italy's 80.589, according to the figures gathered by Johns Hopkins University. A major hot spot of the epidemic, New York, is shot down.

As a result of the pandemic, U.S. jobless claims have skyrocketed to 3.26 million people in the week ended March 21, creating a huge spike in its historical chart, confirming the sharpness of the economic downturn. 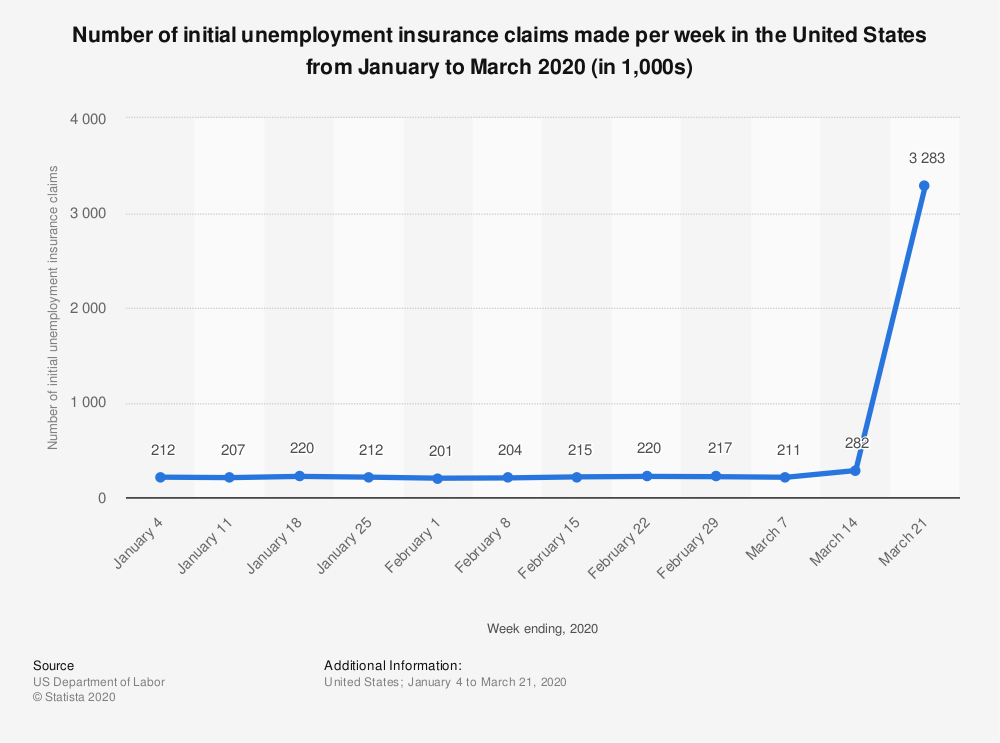 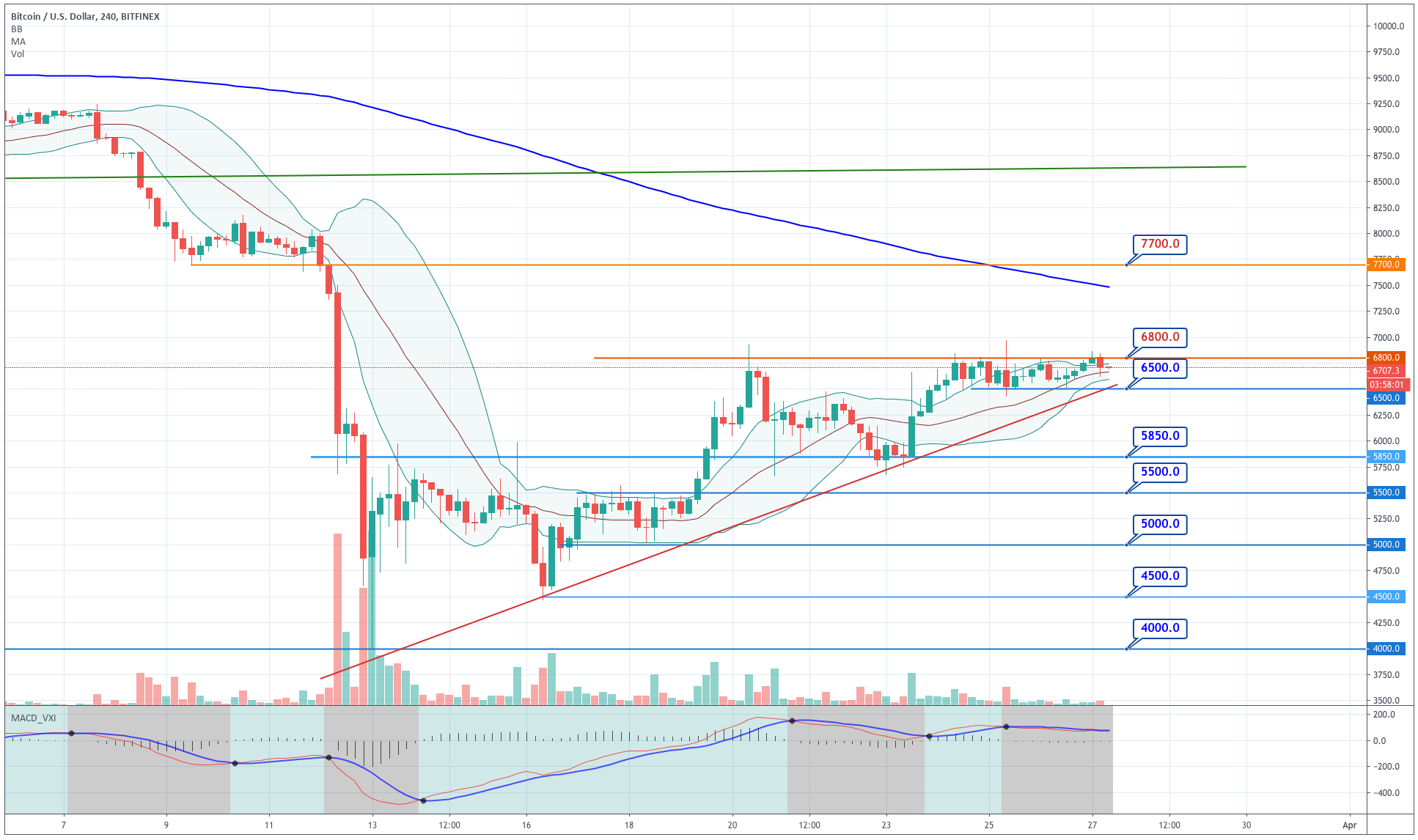 Bitcoin continues to struggle to break the $6,800 level. The attempt made early morning ended up as a bearish engulfing candle on low volume.  The price still has a slight upward bias, but, given the widespread of the covid-19 pandemic, buyers are acting with caution. Technically speaking, we see BTC inside a rising wedge after the severe downfall experienced on March 12. Thus, we see this structure as a consolidation of the downward impulse and that the current primary trend is still bearish. Since almost nothing has changed since yesterday, the key levels are unchanged, also: 6,800 to the upside and 6,500 to the downside. 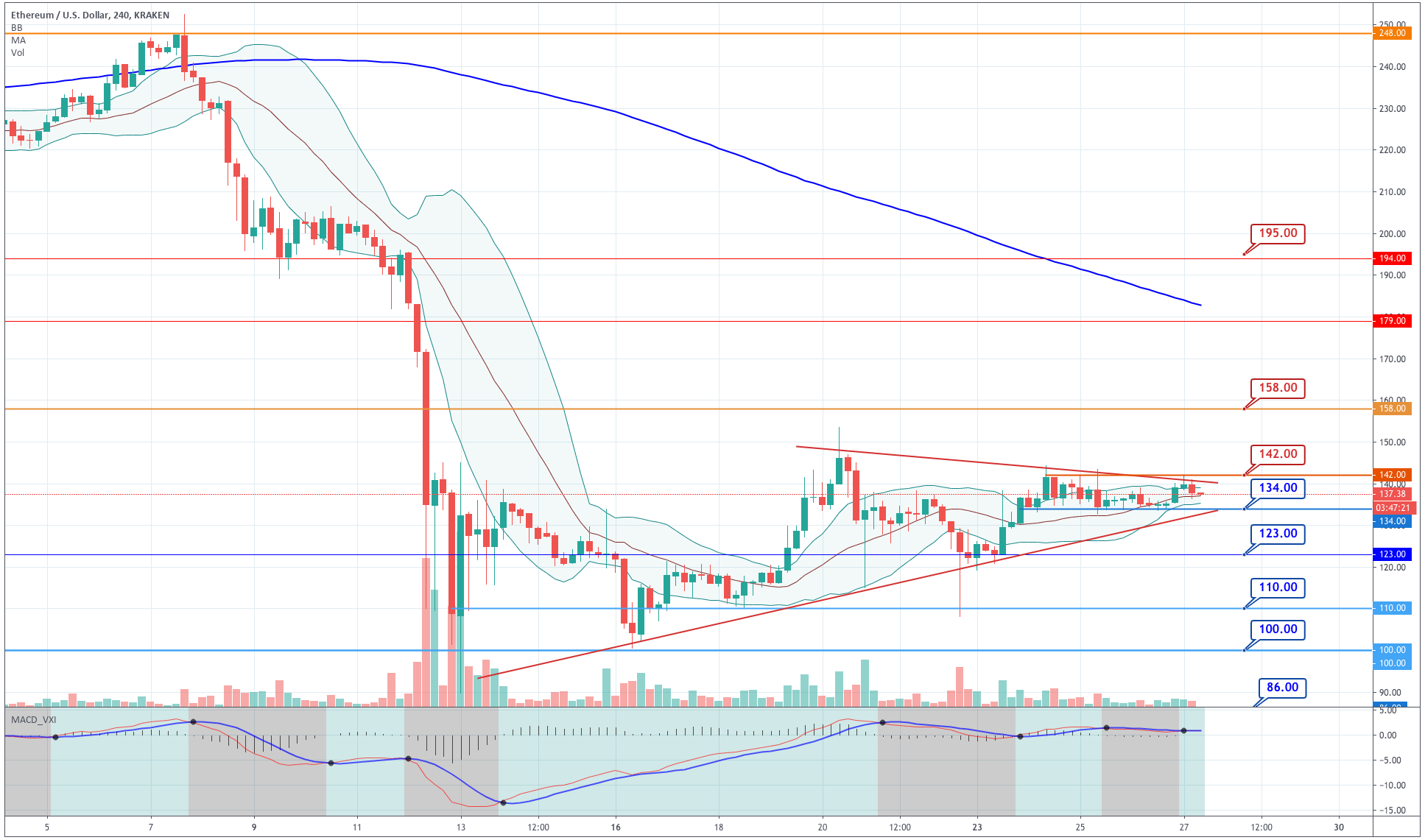 Ethereum is creating a triangular structure that evolves horizontally. That means the price is making lower highs and higher lows, thus, the current path is uncertain. As we said in the Bitcoin case, this is a structure made after a severe downturn. Therefore, the likely resolution would be to continue the path of the primary trend, which is down. Traders should wait for a breakout of the key levels: 134 to the downside and 142 to the upside. That means a pierce and close down/above them. Of course, a substantial increment in the volume should be present. 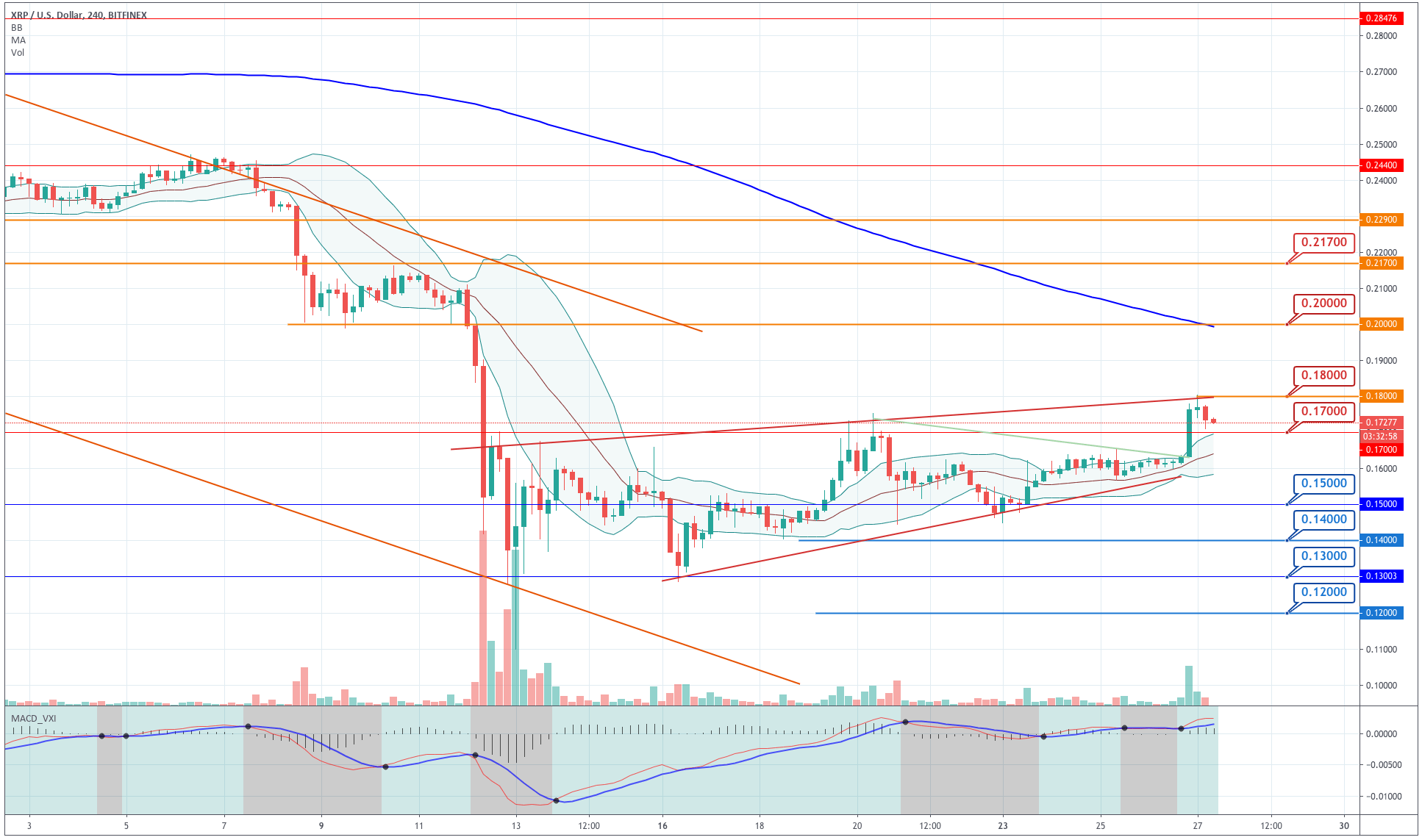 Ripple has made a long bullish breakout candlestick on Thursday evening that pierced the $0.17 level and touched the $0.18 mark. On that level, it has found sellers, so it has been retracing since then.

The price still pictures a rising wedge, thus it is still inside of a consolidation structure, like the case of BTC and ETH. We think this move is a consequence of the news that Ripple has donated $200K to combat Covid-19, but the overall downward pressure still is present. Therefore, we estimate this movement will continue to be faded.