Bitcoin (BTC) price has shifted into a higher gear for bulls after the breakout on October 1. Bitcoin bulls who missed the entry at $44,088 had a solid entry at $47,065 with two technical reasons to get in. Profit targets are $50,029 in the short term and retesting the double top at $53,350 in the medium term.

Bitcoin has more room to go, with global market sentiment as an additional tailwind for the lift

Bitcoin bulls have had an enjoyable week so far, after the breakout of the downtrend last week. Price action in BTC has already recovered most of the losses that occurred during the downtrend. Even bulls that came in late to join the rally had a solid entry point yesterday at $47,065.

BTC price saw bulls flocking in, adding to their positions at $47,065. The 55-day Simple Moving Average (SMA) provided support, and the historical level is acting as support with several tests to both the upside and the downside. Bulls could close above $48,742, an essential line in the sand as this level acted as an axis between the uptrend and downtrend on September 7 and 18. 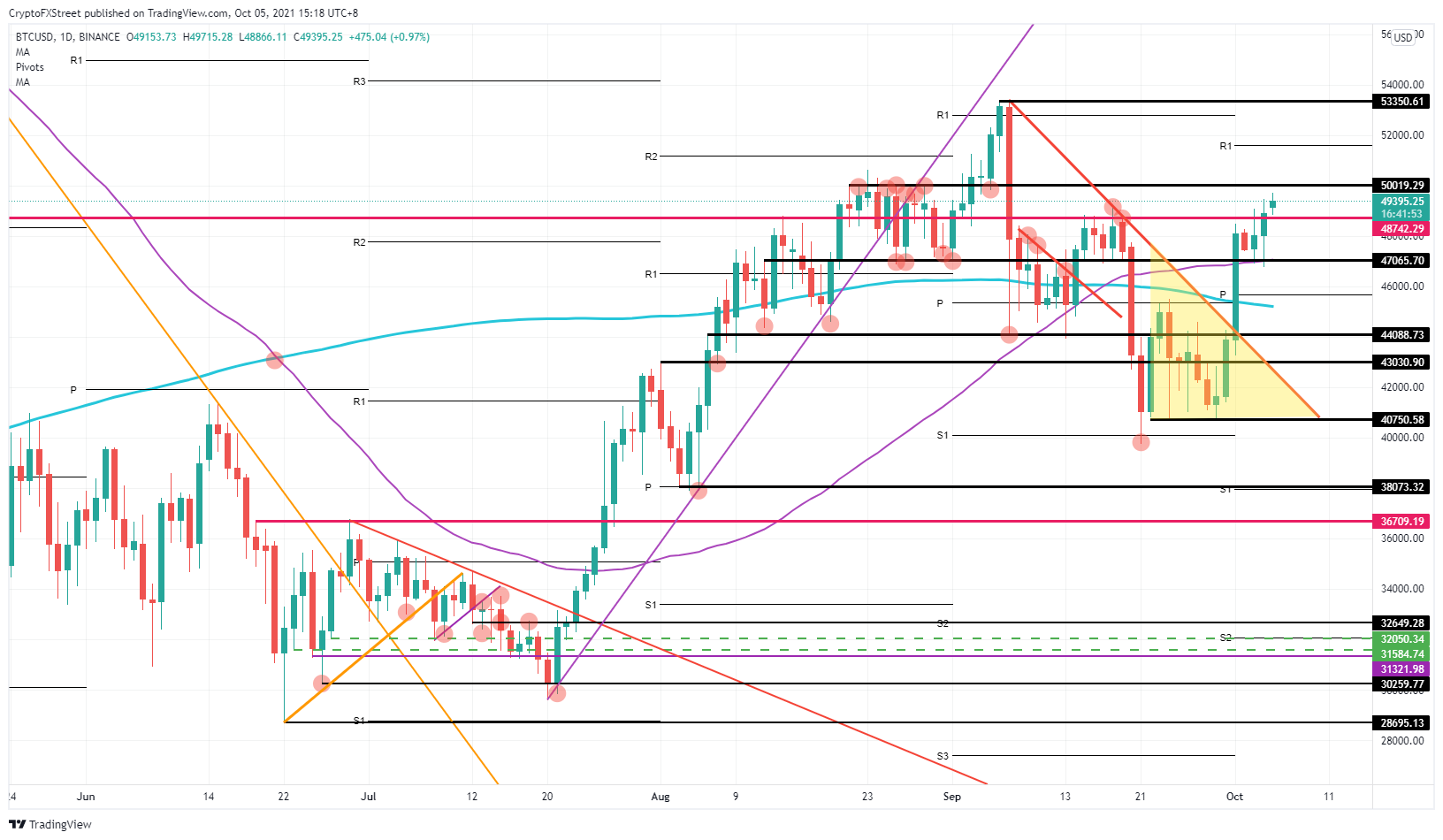 With general sentiment starting to focus on growth and risk, expect this to act as a tailwind and lift BTC price action above $50,000. Bulls will need to make sure to close above $50,020 as it will show how solid and healthy the bull rally is. If that daily close is there, expect a quick run toward $53,350 for a retest of that double top.

If global markets should roll over or if bulls fail to close price action intraday above $50,020, a fade could unfold with bears slowly but surely running price action further down. The first support level to be tested would be $47,065. Once buyers have been pushed out of their entry points around this level, expect an accelerated dip lower toward $44,088.