Bitcoin price is on a roll, pushing new seven-day highs and wiping out the past six days of losses. While BTC is not out of the woods yet, substantial buying pressure is occurring, and many bears attempting to front-run a head-and-shoulders pattern with early short positions have yet to cover.

Bitcoin price on deck to return to the $60,000 value area, but near-term resistance must break first 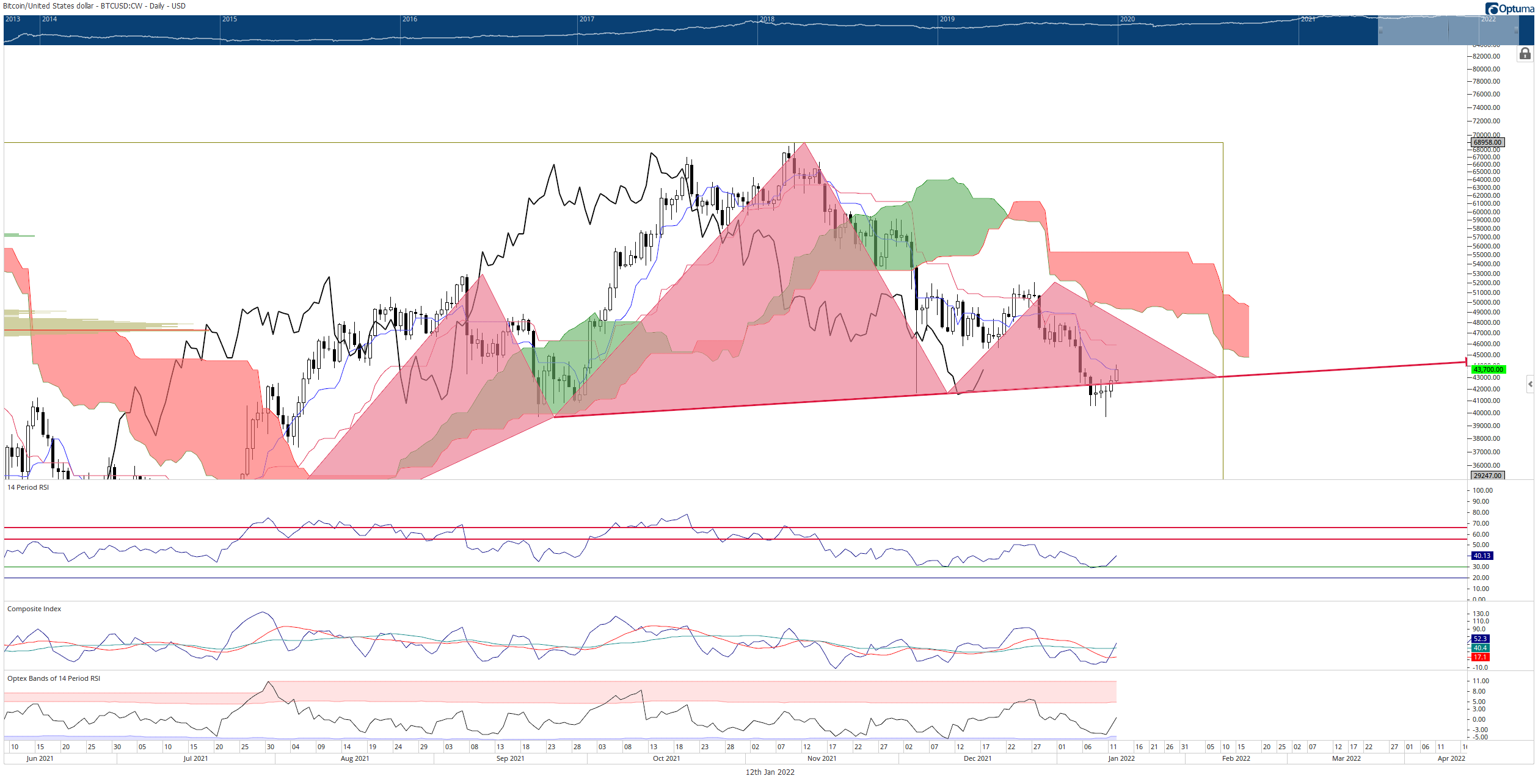 Bitcoin price needs to close above the weekly Ichimoku Cloud at $43,450 to confirm rejection of the head-and-shoulders pattern. Above that, buyers need to position Bitcoin at a level that would generate a continuation of the bull market. A close at or above $47,000 would return Bitcoin above the Volume Point Of Control, the weekly Kijun-Sen, and it would return the Chikou Span into open space. From there, Bitcoin will have a very wide-open path to test the next primary resistance level at $61,000.