Axie Infinity price shows affinity to climb higher as it bounces off a crucial support floor. AXS has been consolidating since it hit a new all-time high on October 4, resulting in a continuation pattern.

Axie Infinity price rose a whopping 222% between September 21 and October 4 to set up a new all-time high at $154.90. While this ascent is referred to as the flagpole, AXS seemingly slipped into consolidation, which is ongoing.

During this phase, Axie Infinity price created two distinctive lower highs and three higher lows. Connecting these trend lines results in the formation of a pennant.

This technical formation is known as a bullish pennant and is a continuation pattern that forecasts a 222% ascent to $429.23, determined by adding the flagpole’s height to the breakout point at $135.

Although this ascent might seem impossible, investors can expect Axie Infinity price to make pit stops at crucial levels like $300 and $400 before heading toward the intended target. 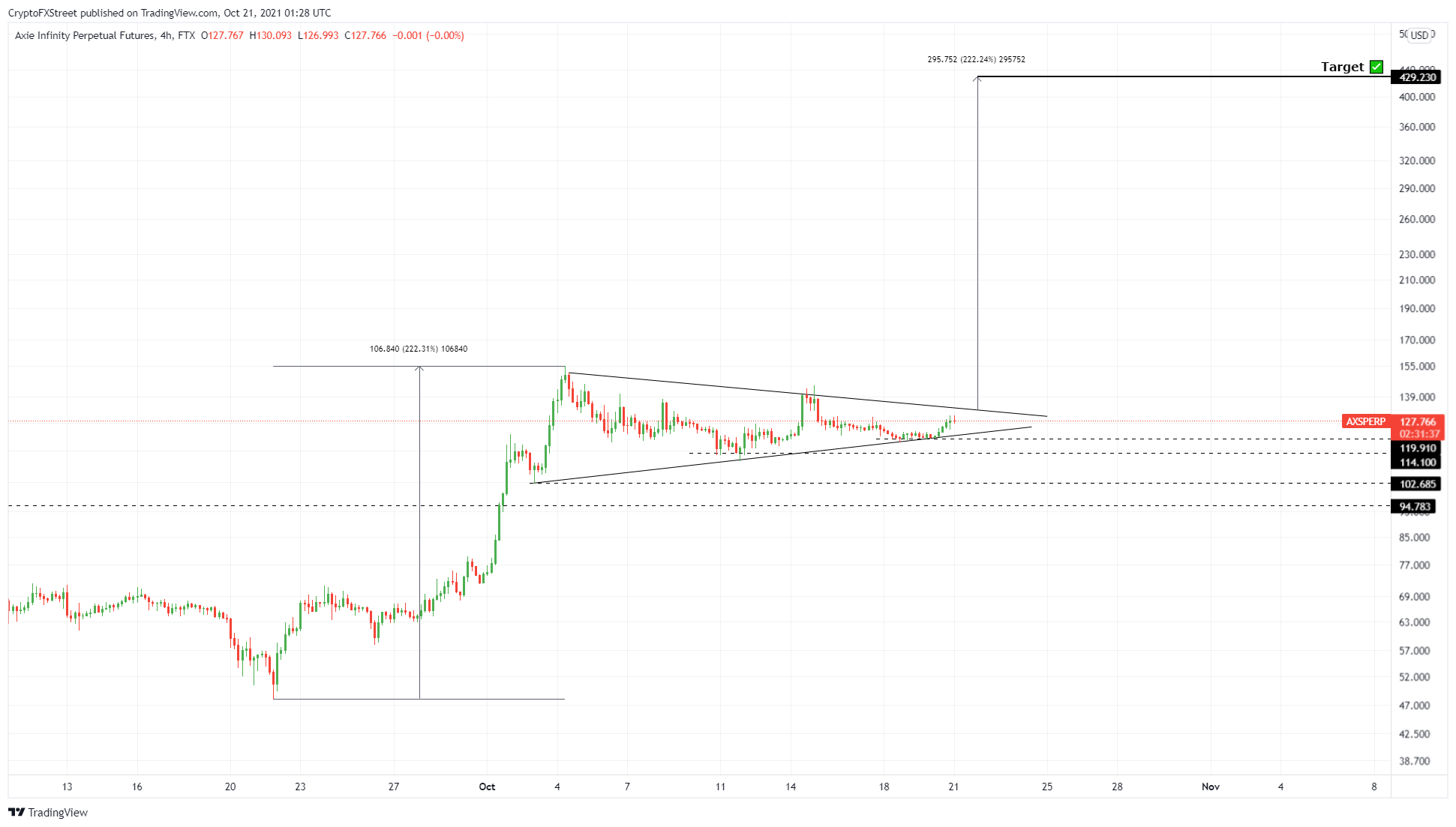 While things are looking up for Axie Infinity price's formation of a bullish continuation pattern, a failure to slice through $135 will put AXS bulls on the backfoot. Even if AXS manages to slice through the upper trend line, it will have to set up a higher high above its all-time high at $154.9.

If Axie Infinity price fails to do either of these and the resulting pullback produces a lower low below $114.10, it will invalidate the bullish thesis.