Axie Infinity price is holding up better than most altcoins and shows resilience despite the recent sell-off. AXS is currently holding above a crucial support level and shows signs of a momentary upswing.

So far, Axie Infinity price has managed to consolidate above it and might head higher if the buyers make a comeback.

The $77.50 level will be the first barrier that AXS needs to shatter. Beyond this level, Axie Infinity price might make a run at the August 17 swing high at $82.18 and, in a highly bullish case, retest the all-time high at $85.58. 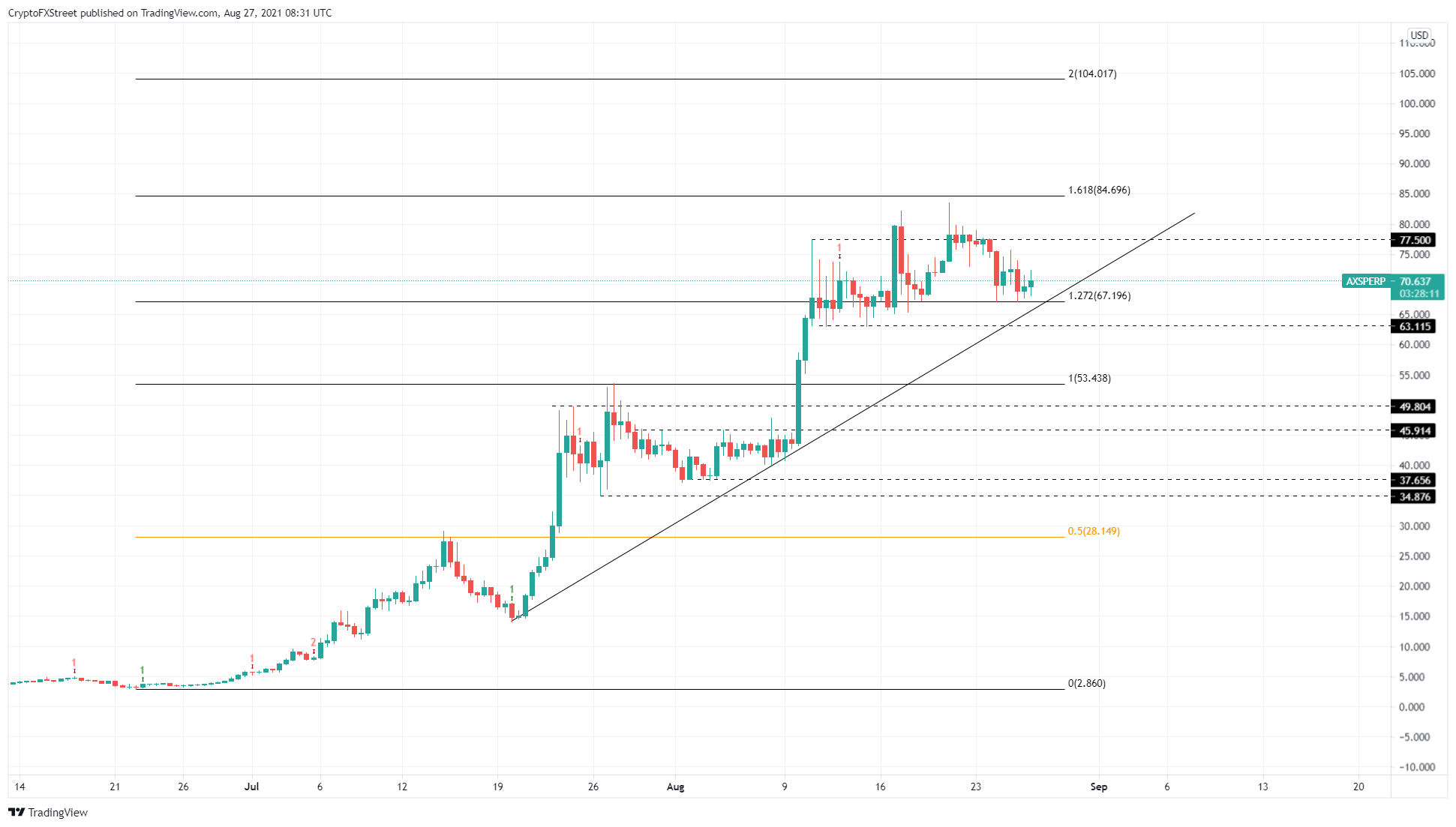 On the other hand, if Axie Infinity price fails to hold above the $67.20 support level, it will indicate weakness among buyers. This move could push AXS to the subsequent foothold at $63.11, a breakdown of which will set up a lower low, invalidating the bullish thesis.

SafeMoon price hints at another 55% breakout

Shiba Inu price continues to consolidate as it moves sideways following the tremendous bull run earlier this month. SHIB has presented a buying opportunity as it edges closer to a 20% rally following the emergence of a bullish technical pattern.

Charles Hoskinson, Cardano founder, made an effort to dampen Cardano's negativity and uncertainty and the cryptocurrency ecosystem. Hoskinson broadcasted from South Africa and shared potential opportunities for the Cardano Foundation.